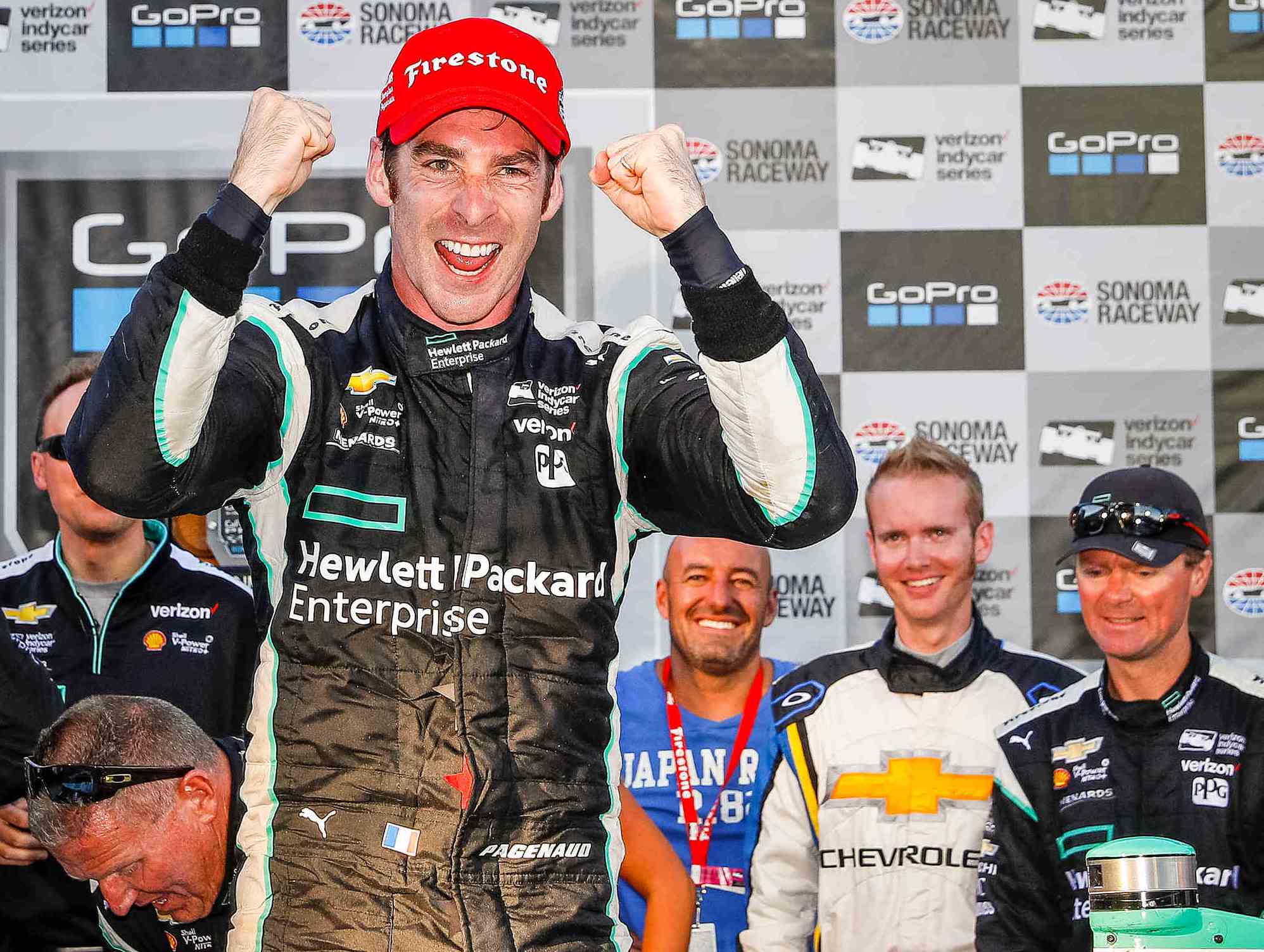 It was another beautiful fall day in Mooresville, N.C., when Simon Pagenaud pulled into the Team Penske parking lot in his Porsche Cayman S. It was back to work for Pagenaud, who has seemingly been celebrating his 2016 Verizon IndyCar Series championship since taking the checkered flag in the final race of the season more than two months ago – at the Go Pro Grand Prix of Sonoma on Sept. 18.

Since that time, Pagenaud’s celebration has taken him all over the United States and back to his home country of France as the first French Indy car champion since Sebastien Bourdais won four straight Champ Car titles from 2004-07.

Everywhere he went, he was referred as "Simon Pagenaud – 2016 Verizon IndyCar Series champion."

"It's a great title to have," Pagenaud told the Verizon INDYCAR Mobile app. "It's been great and it's been very busy trying to be a great ambassador for the Verizon IndyCar Series. We had a weeklong media tour in New York and then went to France where there was an incredible following from the French people. We had a homecoming celebration in my hometown and 2,000 people showed up."

After that, it was back to the United States for a Penske Corp. partner summit and then, back to work at the team shop in North Carolina for 2017.

"I haven't been able to do anything yet for 2017, so it's time to get back to work," Pagenaud admitted. "I'm glad we have a long offseason. It gives me time to settle down and find everything out. I have all of my notes in my black book and going through all of my notes from every practice, qualifying and races with my engineer, Ben Bretzman, and my race strategist, Kyle Moyer, and try to move forward in 2017.

"We had a tremendous season but there is still room to improve and that is what we intend to do."

Pagenaud led the series in victories with five, poles with seven and defeated teammate Will Power by 127 points – the largest margin for an Indy car championship since Team Penske driver Rick Mears defeated teammate Bill Alsup by 128 points in 1981.

So how does Pagenaud plan on topping that in 2017?

"There are always things to polish," Pagenaud said. "I think I can improve my driving. I think Sonoma was my best weekend. Now, how do you restart at the same level at St. Pete next March and improve all year? There is a lot of work to do. The cars will be faster next year with a little bit more horsepower and there are tracks where I can do a better job.

"Obviously, the biggest goal is winning the Indianapolis 500."

Young American star Josef Newgarden, who finished fourth in this year’s standings for Ed Carpenter Racing, replaces Juan Pablo Montoya as a full-season driver at Team Penske. Along with Pagenaud, Power and Helio Castroneves, it gives the powerhouse team the top four from this year’s championship and should push each driver to achieve more success in 2017.

"I think it's great to have some fresh blood on the team," Pagenaud said. "He's a great driver with great talent and deserves this chance. It's good for him, like I had in the past, to have that chance early in your career. We'll have to build chemistry as a group and help Josef fit in and make the team the best we can."

Montoya will be Pagenaud's teammate again when the Colombian returns to Team Penske to drive a fifth car in the 101st running of the Indianapolis 500 presented by PennGrade Motor Oil in May.

"It's better to have him with you than having him against you," Pagenaud said. "He's a tremendous racer with a great personality and a fantastic driver to have on the team. With all the knowledge he has, he brings a wealth of experience.

"Personally, I've had such a great experience with him that it would have been a shame to see him leave. To see the help he gave me at Indianapolis in 2015, I'm very glad that he's back." Bruce Martin/IndyCar.com