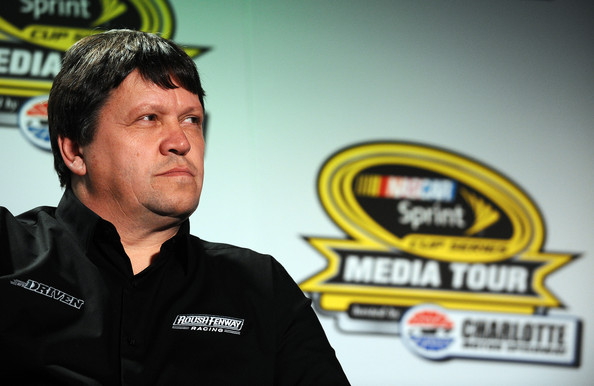 UPDATE Robbie Reiser didn't really have a lot he wanted to say about his situation at Roush Fenway Racing. He was relieved of his duties as vice president of competition. But he's not going anywhere.

He doesn't yet have a title or even a full job description for his next role as the team struggles to regain its footing. But he is as dedicated to doing his part to bring success as he was in 2003, when he won a NASCAR title as Matt Kenseth's crew chief, or in 2007, when he answered Jack Roush's call to lead the whole operation.

And at this point in his life, the 53-year-old, second-generation racer from Allenton is OK with it all.

"This is going to free me up for my family, to be able to spend some time with them," said Reiser, who has one son in college and twin boys in high school, one of them a dirt-bike racer he has rarely watched. Reiser's choice of words Thursday was interesting – he was "relieved" of his duties – because you have to believe there's a part of him that is relieved. He works hard, he's stubborn and he's not cut out to lose. Milwaukee Journal Sentinel

11/22/16 Robbie Reiser was relieved of his duties as general manager at Roush Fenway Racing on Tuesday.

Reiser had been with the company for 17 seasons, first as a crew chief and eventually graduating to a managerial role.

The Allentown, Wisconsin. native cut his teeth in short track racing, starting in Late Models for eight seasons before advancing to the Busch Grand National Series in 1993. Reiser, and his father John, turned the wheel of the Reiser Enterprises Chevy over to fellow Wisconsinite Matt Kenseth in 1997. He then joined Kenseth at RFR as his full-time crew chief in 2000. As a pair, they won 16 races and the 2003 NASCAR championship.

Reiser has been offered a position in the car production side of RFR, but he has yet to decide where his future lies.

Calls to Roush Fenway Racing were not immediately returned.

Neither Ricky Stenhouse Jr., Trevor Bayne or Greg Biffle finished inside the top 20 in the Sprint Cup standings this season. For the second year, there was not a Roush driver in the Chase. Roush Fenway Racing won both the 2003 and 2004 Cup titles and has amassed 135 wins in 29 seasons. The company’s last victory was earned with Carl Edwards in 2014. Lee Spencer/Motorsport.com