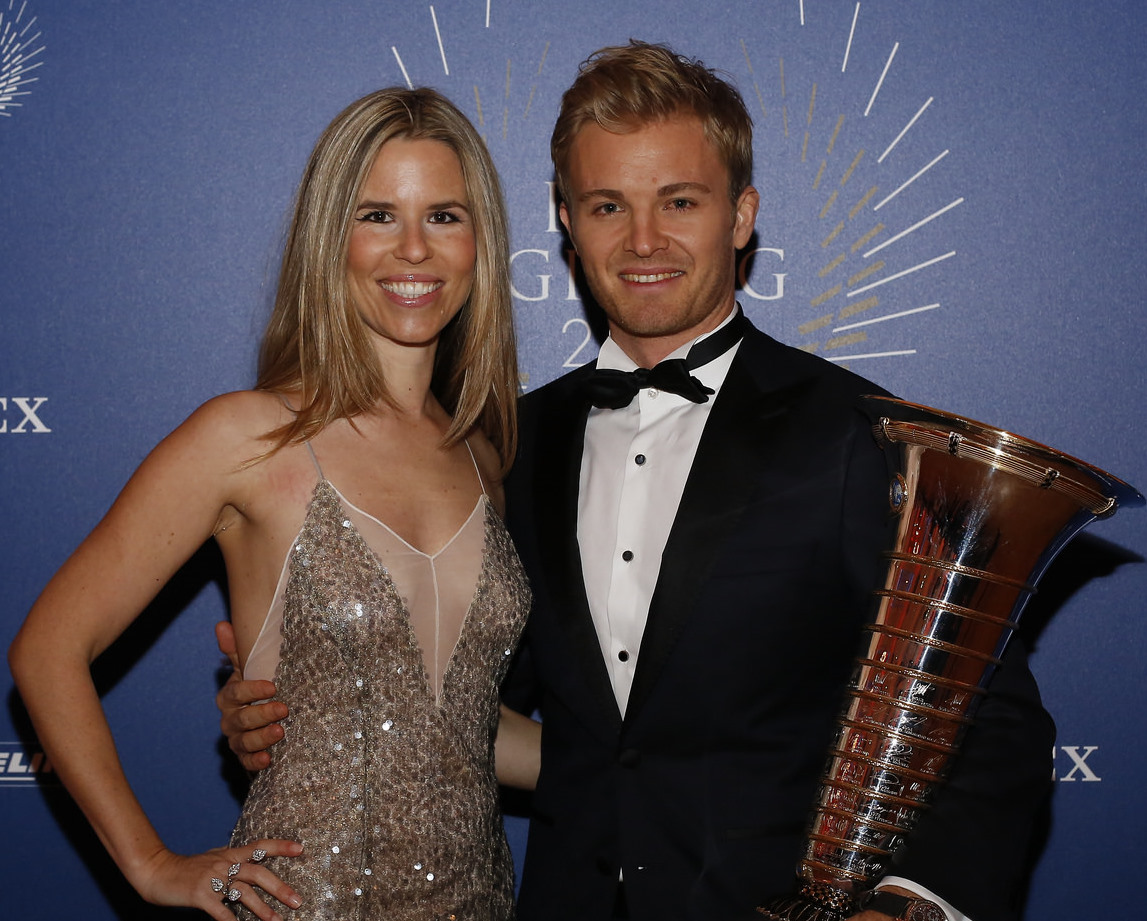 The winners of this year’s FIA Championships have been honored in a glittering 2016 FIA Prize Giving ceremony at the stunning Hofburg Palace in Vienna, Austria.

Highlight of the annual gala show was the presentation of the FIA Formula One World Drivers’ Championship Trophy to Nico Rosberg.

An already emotional moment resonated even more in light of the German’s earlier announcement that, having achieved his boyhood dream of winning the title, he is steeping back from F1 with immediate effect.

After 20 races and with nine wins each for Rosberg and Hamilton the fight went down to the final round in Abu Dhabi last weekend. And at the end of a nail-biting duel, Rosberg’s second place behind his great rival was enough for him to take the crown by just five points. The duo’s 19 wins and 20 poles set new benchmarks in the sport for the Mercedes AMG Petronas F1 Team, which took it’s third Constructors crown in a row.

“This year was extremely tough because I put absolutely everything into it. I pushed like crazy in all directions," said Rosberg of his triumph at the end of Formula One’s longest ever 21-race season.

“I’ve achieved this childhood dream now and I’m not willing to do that sort of commitment again," he added. “I’ve decided to follow my heart and my heart has told me to stop and go on to other things. It’s been wonderful but it just feels right."

In partnership with co-driver Julien Ingrassia, Ogier took six wins and five podium finishes from 13 rounds and sealed the title in Spain with two events in hand.

Over the course of the nine-race campaign consistency was the key for the drivers of the No. 2 Porsche 919 Hybrid. Alongside two wins and a second place the trio scored four fourth-place finishes to amass a total of 160 points, 12.5 clear of nearest rivals Audi Sport Team Joest.

After missing out on top spot in the inaugural FIA Formula E Championship by a single point a year ago Switzerland Sebastien Buemi made sure of the 2015-’16 title in a breathless final weekend at the season-ending London e-Prix, beating Lucas Di Grassi by just two points.

A number of special FIA awards were handed out on the night. For the second year in a row Max Verstappen won both the FIA Personality of the Year and the FIA Action of the Year Awards, the latter being presented for the teenager’s stunning overtake of Nico Rosberg in the wet at this year’s Brazilian Grand Prix. Eighteen-year-old FIA World Rallycross Championship star Kevin Hansen won the 2016 Rookie of the Year Award having won this year’s European Rallycross Supercar Championship.

In a first for the FIA Prize Giving, a new President’s Award was handed out by FIA President Jean Todt. The inaugural recipient was French racer Frederic Sausset. Occupying Garage 56, the slot on the grid reserved for innovative vehicles, the quadruple amputee competed in this year’s Le Mans 24 Hour race, driving a specially adapted LMP2 class car.

FIA President said: “Frederic Sausset has proved that with absolute determination and passion one can attain unbelievable results. His participation in the Le Mans 24 Hours proves that any barrier, any obstacle can be overcome if the will to do so is strong enough."

The stars of the future were also honored in Vienna, with champions from across the FIA racing pyramid being presented with their trophies.

Canada’s Lance Stroll, who will in 2017 race for the Williams team in Formula One, took an emphatic title win in the FIA Formula 3 European Championship, taking 14 wins, including seven from the final nine races.

In Formula 4, the Federation’s bridge between the worlds of karting and single-seater racing, the winners from seven championships (Britain, China, South America, Japan, North East Europe, Spain and the United States) were awarded their trophies.

Awards were handed out across the FIA’s sporting discipline, including to female champion Anita Makela in the Top Fuel category of the FIA European Drag Racing Championship, to Nasser Al-Attiyah and Mathieu Baumel, winners of the FIA World Cup for Cross Country Rallies and the FIA Middle East Rally Championship, as well as Esapekka Lappi and Jane Ferm in WRC 2 and Simone Tempesti and Giovanni Bernacchini in WRC 3.