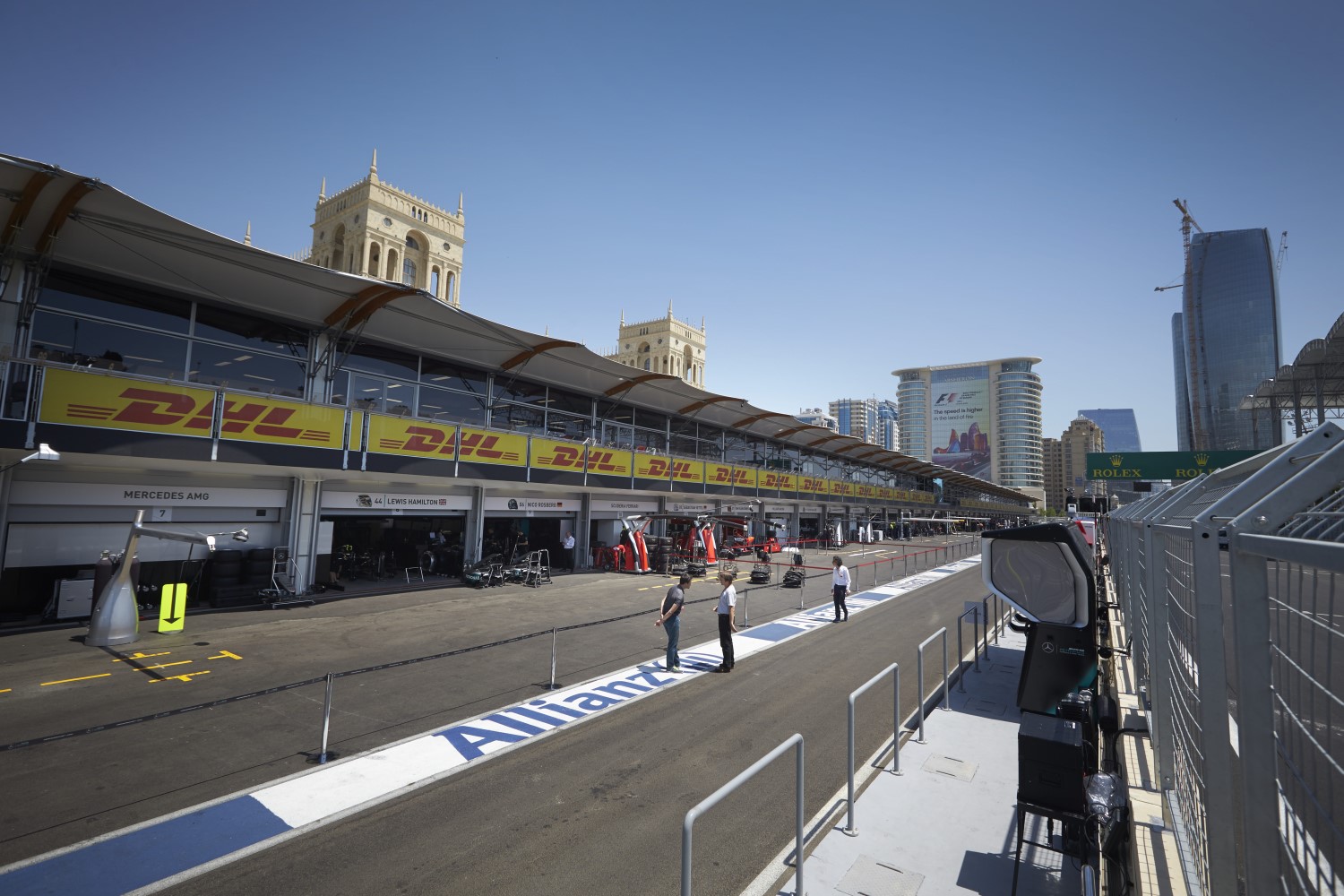 Baku City Circuit (BCC) today launched its online ticket sales for the 2017 Formula 1 Azerbaijan Grand Prix via www.bakucitycircuit.com. The 2017 Formula 1 calendar – announced earlier this week by FIA – saw the Baku street race pushed back from its provisional date to the weekend of June 23rd – 25th, thereby avoiding another clash with the 24 Hours Le Mans race.

Furthermore, after much speculation, the race weekend's event title has officially been changed from 'Formula 1 Grand Prix of Europe' to 'Formula 1 Azerbaijan Grand Prix'.

To mark the beginning of the ticket sales process, BCC is offering fans a limited supply of special 'early bird' discounts of up to 30% on the cost of all 4-day tickets. This exciting offer will be available until January 31st 2017, after which the cost of tickets will revert back to their original price.

A 4-day ticket includes grandstand access to the three days of racing as well as all accompanying entertainment offerings but also to a special Pit Lane Walk on Thursday 22nd June.

BCC's Executive Director, Arif Rahimov, welcomed today's announcement: "I want to use this opportunity to encourage everyone to act fast and book their tickets for the 2017 Formula 1 Azerbaijan Grand Prix as soon as possible while this amazing offer still lasts. The success of the 2016 race weekend has only strengthened our commitment to delivering a bigger and better Grand Prix than before and continuing to grow Baku as one of the best race weekends on the F1 calendar. We can't wait to celebrate with you again in Baku next June!"

In addition, he also commented on the reasons behind the change of the official event title to 'Formula 1 Azerbaijan Grand Prix': "For our inaugural event, we wanted to position our country as a part of Europe, our race as a European one and also to showcase our European mentality to the world and demonstrate our country's openness to foreign visitors who can easily visit and find comfort here. We now feel it is the right time to rename our race to the 'Formula 1 Azerbaijan Grand Prix'. After last summer's race, many F1 fans discovered that our society is closely linked to the European mentality but now we feel it is the right time to draw attention to the fact that the 2017 race is also set in Azerbaijan and will be named thereafter accordingly."

A variety of ticket options are on offer for the 2017 Formula 1 Azerbaijan Grand Prix, including various packages for the Absheron Grandstand, which will offer fans some fantastic views of the start/finish lane, as well as a wide range of different Grandstand seating options, located at various corners and straights along the track.

In addition to the discounted 4-day ticket offering, special 'Junior' tickets at the Khazar and Bulvar Grandstands for children aged 2-15 will also be made available at reduced prices during this limited timeframe to families travelling to the event together.

Daily Roaming Tickets will also be on offer to those preferring to watch the action from different locations on the track on various standing areas and podiums.

Discounted 4-day ticket prices range from AZN150 – AZN550 while the daily Roaming Tickets will range from AZN60 – AZN150 (cost in US$ will be determined by currency rate on day of purchase).

With only 2 months to avail of this special discount offer to witness the world's greatest race cars once again speed through the streets of this stunning city, the message from Baku City Circuit to the world's F1 audience is very simple: get your early bird tickets while you still can and join us in Baku in 2017!

For more information on how to purchase tickets and plan your stay in Baku for the 2017 Formula 1 Azerbaijan Grand Prix taking place on June 23rd – 25th, please visit: www.bakucitycircuit.com

The inaugural F1 race weekend in Baku was widely recognised as a huge success, displaying not only the visual splendour of Azerbaijan's stunning capital but also introducing one of the most challenging circuits on the F1 calendar to a global audience of millions.

In an effort to gauge international reaction to last summer's race in Baku, BCC tasked Nielsen Sports, formerly Repucom, with conducting two waves of research to measure the pre and post-race opinions and engagement of F1 fans with F1's newest race venue. Carried out across 16 core markets, the objectives of the survey were to gather insight from the international F1 audience with respect to their awareness, familiarity and enjoyment of the 2016 F1 race weekend in Baku. The findings were overwhelmingly positive with results indicating significant increases in all markets where people agreed that Baku was a welcome addition to the F1 calendar, in particular in Brazil, Spain and Finland.

A desire to visit the city for the 2017 race was also indicated across most markets, with fans in Hungary, Russia and Finland especially revealing that they were most likely to attend the 2017 F1 Azerbaijan Grand Prix. Furthermore, the inaugural F1 race weekend in Baku led to a sizeable increase in awareness of Azerbaijan, particularly in the USA, Hungary and Spain, while nearly all markets revealed a big decline in those saying they had never heard of Baku. Additionally, there was a significant increase in nearly all markets in relation to Azerbaijan's appeal as an F1 venue, in particular in Germany, Spain and France. In terms of growth in awareness compared to the other race venues on the F1 calendar, the increase for Baku was 54pp wave on wave, the highest of all venues, and shows a major shift in international awareness after only one race weekend.