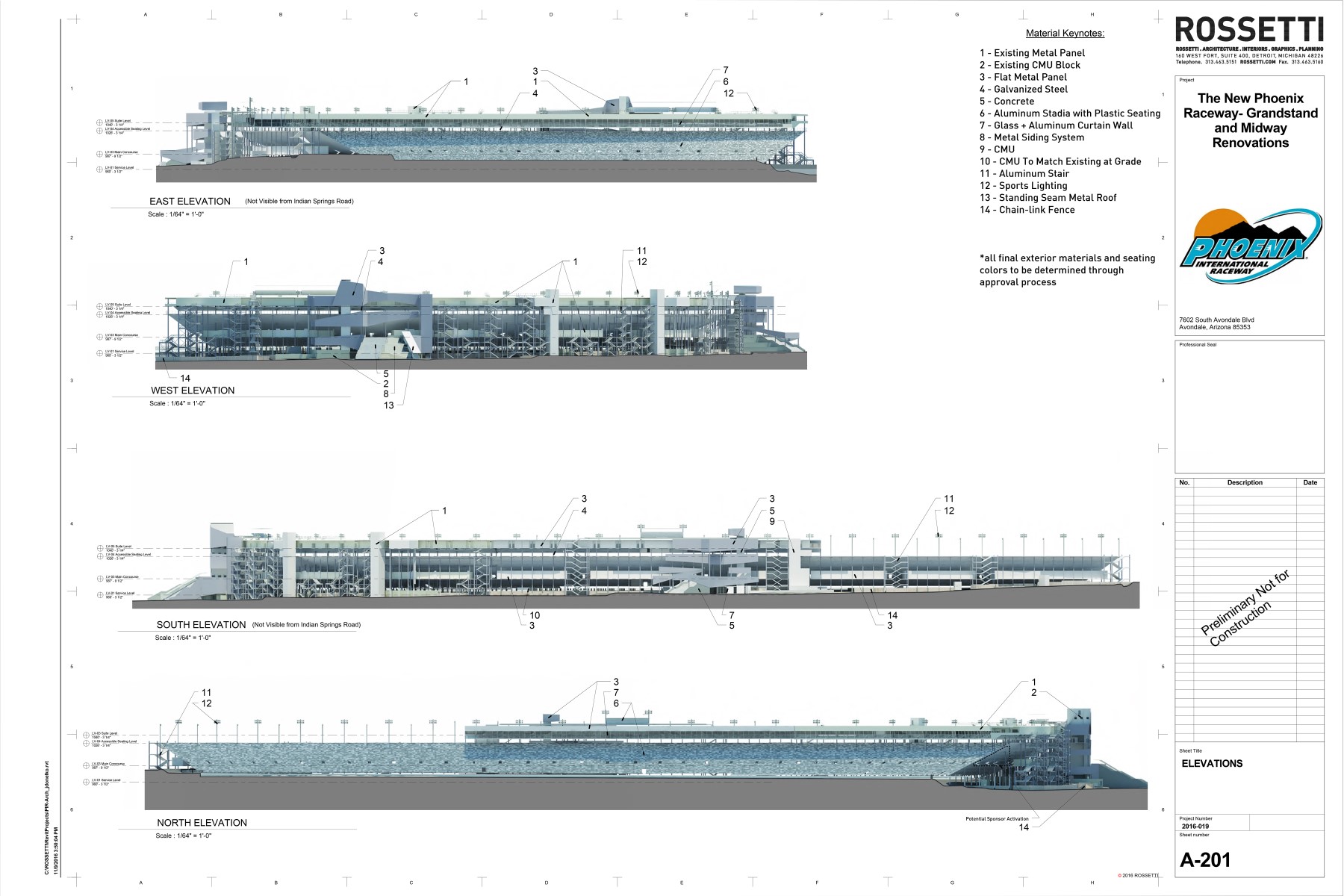 Work on the upgrades are scheduled to commence early next year, and be completed by the end of 2018. The track layout will remain unchanged.

"Phoenix Raceway provides a one-of-a-kind setting for some of the most exciting and thrilling races that the sport has to offer," said ISC Chief Executive Officer Lesa France Kennedy. "This project will further enhance that experience and ensure that the venue continues to be a treasured destination for race fans."

Track president Bryan Sperber said that he expects the overhaul to transform the 52-year-old venue into one of the country's most fan-friendly racetracks. In addition to fan and spectator areas, PIR is exploring improvements for competitors and industry personnel, particularly key structures located throughout the infield.

"We are energized about the changes that we are bringing to Phoenix Raceway and we think the fans will be too," he said. "The race track itself will remain unchanged as one of the most exciting circuits in motorsports, but we will modernize much of the venue and provide our fans with a high-quality, leading-edge experience."

Phoenix is the only west coast venue to host two NASCAR Sprint Cup events every season, and this year welcomed IndyCar back after an 11-year absence. Further details of the upgrade are expected to be announced in January.