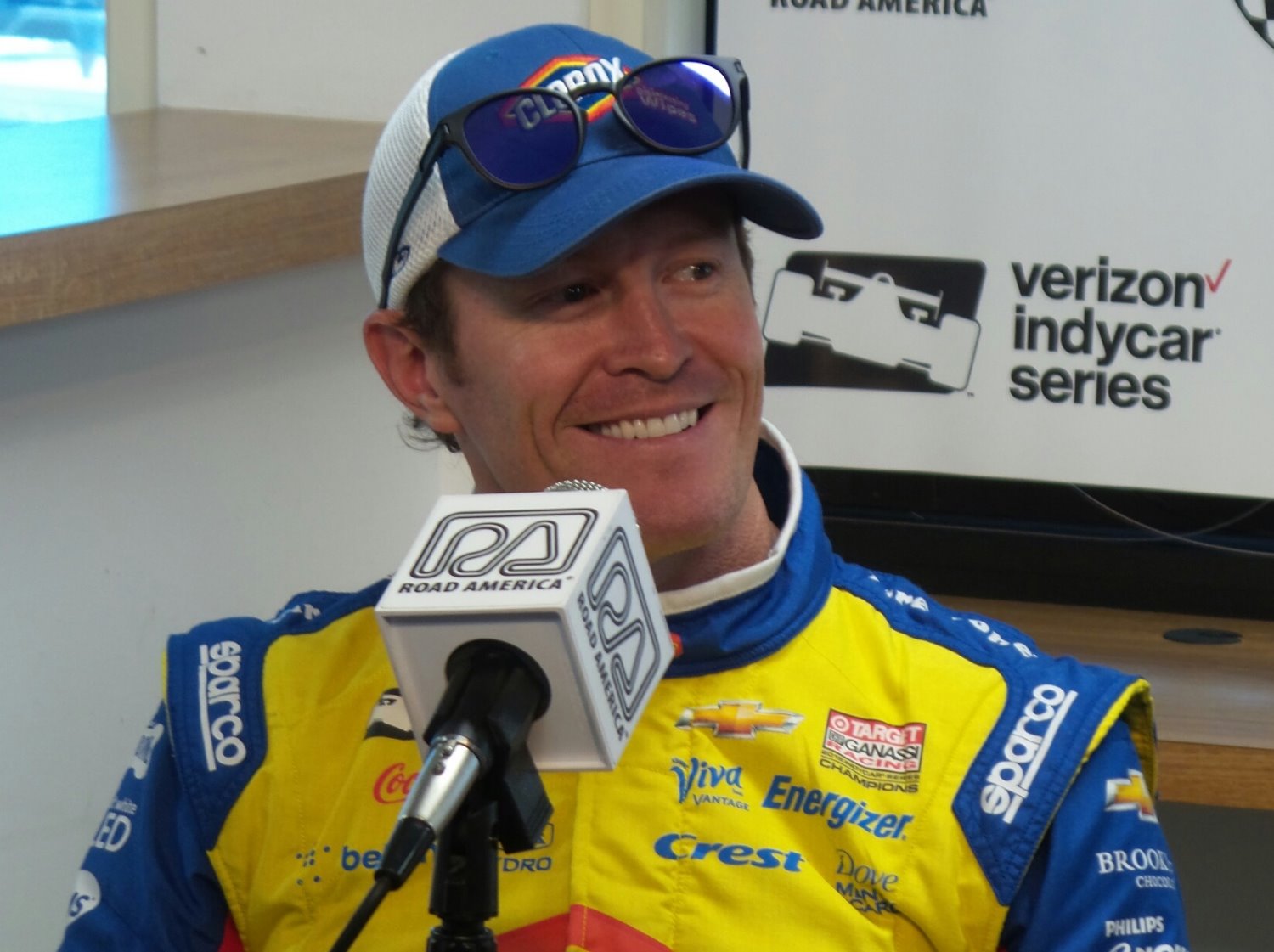 Race wins, not retirement, remain the No 1 thing the biggest star in Kiwi motorsport spends his time contemplating.

He also turned 36 this year.

Dixon finished third in class in the new Ford GT during his first crack at the 24 Hours of Le Mans this year.

But while Dixon admits one is always thinking of the future in a year-to-year industry like motorsport, serious thoughts of retirement had not entered his mind.

"There are a few key guys in the championship, in TK (Tony Kanaan), Helio (Castroneves) and Juan (Pablo Montoya), they all turned 42 this year," the Indianapolis-based driver said.

"And Dario (Franchitti) was 40 or 41 when he retired. They've helped the longevity.

"I think I've got a good four, five or six years to play with but in motor racing that can change next year.

"My focus is on what is at hand and the IndyCar series is the most competitive series in world right now, I enjoy that competitive side."

Dixon has "a couple more years" left on his contract with Chip Ganassi Racing. Those deals "typically just re-up", and you get the feeling he is optimistic the same will be true again.

It also evident Dixon has a few more boxes to tick before he finally calls time on his career.

A regular face on the sportscar scene during the IndyCar off-season, he has twice won the 24 Hours of Daytona and also taken part in other prestigious events like the Sebring 12 Hours and the 24 Hours of Le Mans.

The latter for the first time earlier this year, finishing third in class in the returning Ford GT on the 50th anniversary of the famous victory for fellow Kiwis Bruce McLaren and Chris Amon.

Ever the fierce competitor, though, Dixon would have loved to have been a couple of steps higher up the podium.

The same thought pattern applies for a 2016 IndyCar season where he ended up sixth with two wins and four total podiums from 16 events.

"We definitely let a few get away," Dixon said. "Those are the ones that hurt and you focus on more than anything.

"If you generally look at the performance of [my] No 9 car throughout season it was very strong. We just had three or four races where we had mechanicals or strategy pitfalls that took us out of it and would have transformed our championship position.

"It was definitely a frustrating one, with not so many highs and a lot of lows. For myself to finish out of the top three for the first time in 12 years was not good."

A trip home to comparatively sleepy New Zealand, though, is good for a frustrated race-car driver's mood.

Capped by attending the Legends of Speed event alongside several other stars of Kiwi motorsport in Auckland on Friday night, Dixon and his family have been back for the past two weeks.

And they've jammed plenty in.

Waiheke Island, Paihia, Waitomo Caves and Taupo, Dixon, his wife Emma and their two daughters, Poppy and Tilly, have made the most of their usually annual trip to this part of the world.

But it won't be long before it is back to his day job. There is, after all, always more races to be won and titles to be secured.

And when there isn't, for Dixon anyway, he hasn't quite figured out what path his life will take.

For now, looking that far down the track only shifts his focus from what lies around the next corner in a career which has a bit of petrol left in the tank yet.

"Motor racing could quite easily fill next 10 years of my life, beyond that I don't know," Dixon said.

"It depends what direction a lot of things take, with myself and my family. I'm not even sure where I'll be living at that point.

"Right now I'm focusing purely on what's in front of me." Stuff.co.nz