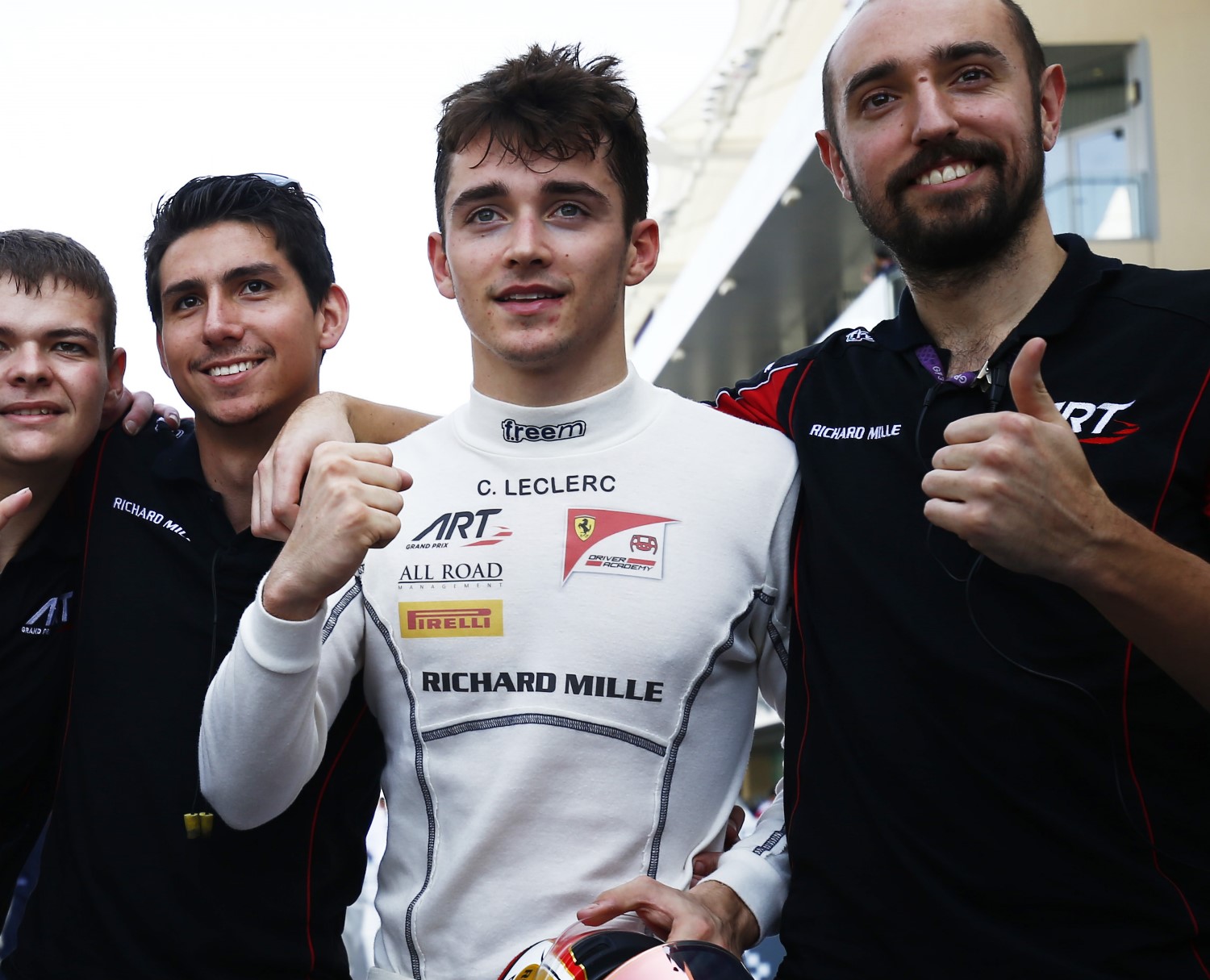 Charles Leclerc: It sounds really nice. It feels so good. It’s such a relief for me and the team. We’ve worked so hard for this result. They’ve done an amazing job all season to provide me and my teammates with the best car. It has been a great year. They made me grow a lot as a driver as well. That helped me to win the Series. It feels so good!

GP3 Series: Obviously, this was not the way you wanted to win the title today…

Charles: Not really, no.

GP3 Series: Can you give us a few words about today’s race?

Charles: It’s a bit strange. I was saving the tires at the beginning so some drivers passed me which was normal. I was keeping calm in the car. I knew I would have had a lot more potential than the guys in front at the end of the race. Then they told me that Alex had crashed. I tried to stay calm and not yell “Yeah!" which was hard as well (Laughs). Then they told me that I was champion no matter what so I was allowed to take risks to try and finish on the podium. I would have never taken that risk had Alex still been in the race. But since I knew I was already champion I decided to go for it. Ferrucci didn’t really leave me enough space on the outside which I don’t really understand to be honest, but it’s what it is. We finished in the wall which is a shame, but we have achieved the most important thing today: we grabbed the title.

GP3 Series: Let’s rewind a bit: you came to GP3 this year as a rookie, as a Ferrari Academy Driver and with an ART drive. This team have been champions since the first season of the Series. There must have been quite a lot of pressure on your shoulders… What was going through your mind?

Charles: Exactly. You said it all: I had a lot of pressure on my shoulders because of the surroundings. It was my first year in FDA and I wanted to deliver because people expect the best from Ferrari and I need to be at the top. As for ART, they are the best team in GP3 so I had to do the job. I had three other teammates who are really, really fast. It’s been a hard year and I did feel the pressure so I’m very pleased to have won the Series in these conditions. Now I know I can handle the pressure. I didn’t know that before coming to GP3 because I had never had pressure before. It has been an amazing season.

GP3 Series: What have been the highest points of the year?

Charles: I will say the beginning and the end. Obviously, today is not the way we wanted to claim the title, but we have had three consecutive pole positions before this race weekend. The middle part of the season was quite hard, having to jump from F1 to GP3. I had to work on my mental side because after three difficult race weekends – although, yeah, we were still in the top five all through these hard rounds – we were not fighting for the win which is what I wanted. It was hard to get back on top of things, but we did it and that’s why I am very happy with the way this season unfolded.

GP3 Series: Why did you choose GP3?

Charles: It’s good preparation for the future. We race with Pirelli tires. It’s good preparation for GP2: you have the same type of race weekends with the reverse grid on Sundays. After F3, I think we knew there was quite a lot of potential and we didn’t see the point of doing another year there. We preferred to just move onto GP3 which would be harder than F3. It was the right choice: I’ve never grown so much as a driver like I did this year with ART. They’ve been amazing all season. I have to thank them a lot for that.

GP3 Series: Looking ahead, your next step will be GP2… What are your expectations?

Charles: Yes absolutely. It should be announced shortly. What I want is to win the Series. As for what I expect, well… Maybe I will answer to this question after the three days of testing next week (Laughs)!