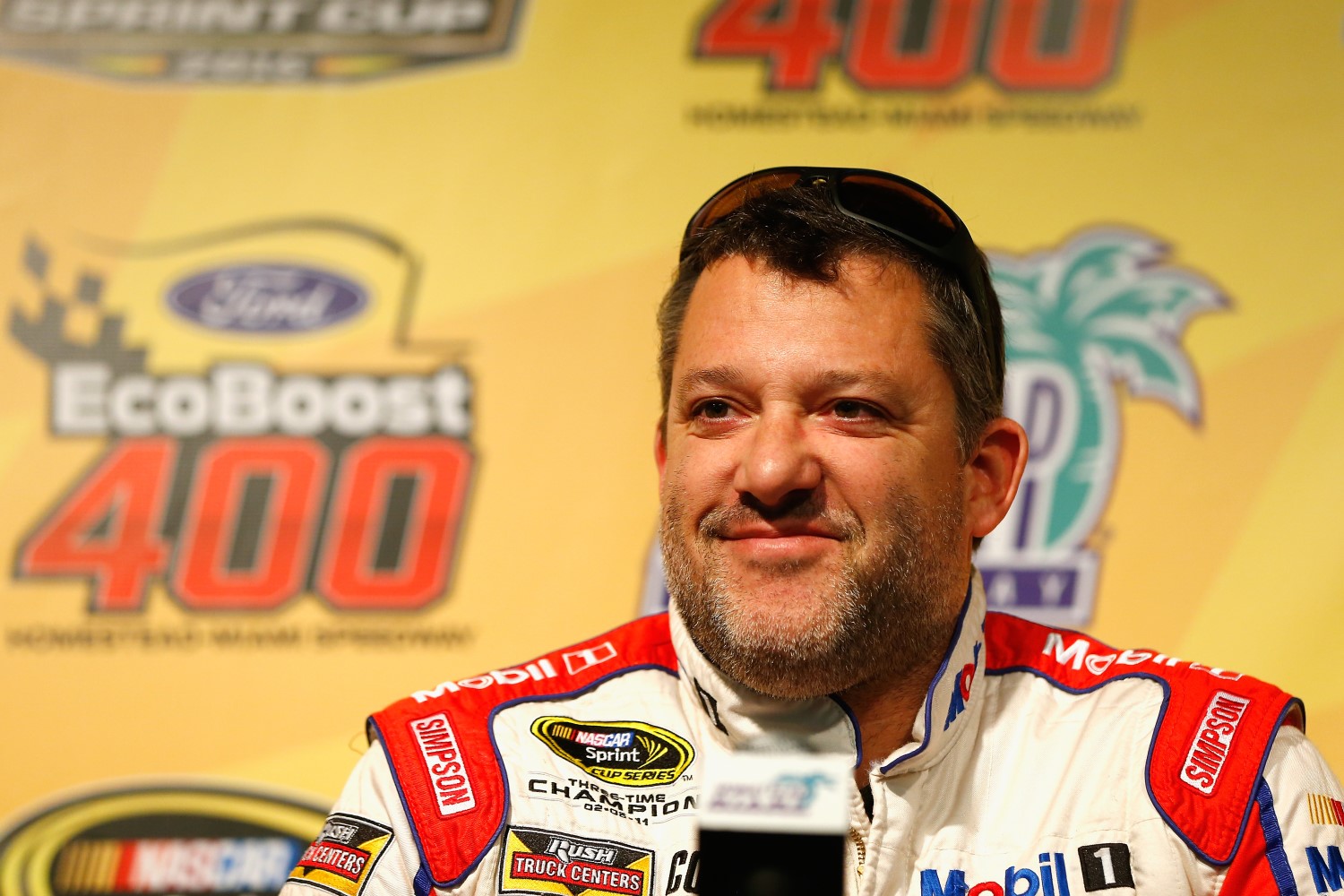 o Sunday's race marks Stewart's 618th and final NASCAR Sprint Cup Series start and his 17th Sprint Cup start at Homestead-Miami Speedway.
o Stewart has career totals of 49 wins, 15 poles, 187 top-five finishes, 308 top-10s and 12,815 laps led in 617 Sprint Cup races.
His most recent Sprint Cup win came June 26 at Sonoma Raceway.
His last Sprint Cup pole came April 5, 2014 at Texas Motor Speedway.
Stewart missed the final 15 races of the 2013 season, three races in 2014 and the first eight races in 2016.
o Stewart has three wins, four top-five finishes, seven top-10s and has led a total of 450 laps in his 16 career Sprint Cup starts at Homestead. His average start is 17.9, his average finish is 14.9 and he has a lap-completion rate of 97.9.
o Stewart has led 450 of the 4,277 laps available to him at Homestead.
o Stewart's third and ninth career Sprint Cup wins came at Homestead, where he swept the track's first two races in 1999 and 2000. Only one other driver has won back-to-back races at Homestead – Greg Biffle won three in a row from 2004 to 2006.
o Stewart's win at Homestead in 2011 came from the 15th starting position – the third-farthest back a driver has ever won from at Homestead. And his win in 2000 came from the 13th starting position – the fourth-farthest back a driver has ever won from at Homestead. Stewart, Greg Biffle and Denny Hamlin are the only other drivers to have won at Homestead from outside the top-10. Biffle won the 2006 race after starting 22nd and Hamlin won the 2009 race after starting 38th.
o Race Rewind: In a race that went down as one of the best in NASCAR's long and storied history, Stewart won the 2011 season finale at Homestead and clinched his third Sprint Cup championship. He led four times for 65 laps in the #14 Chevrolet and defeated Carl Edwards by 1.306 seconds to score his fifth win of the season and his third in 13 career Sprint Cup starts at Homestead. Incredibly, Stewart passed 118 cars during the 267-lap race. He and Edwards both ended the season with 2,403 points, but Stewart's five wins in 2011 compared to Edwards' one win gave Stewart the tiebreaker advantage.
o Stewart won Sprint Cup titles in 2002 and 2005 and, with the 2011 crown, became the first driver-owner to win a Sprint Cup championship since Alan Kulwicki in 1992. In addition, Stewart became the ninth driver to win three or more championships, joining Richard Petty (seven), Dale Earnhardt (seven), Jimmie Johnson (six), Jeff Gordon (four), David Pearson (three), Darrell Waltrip (three), Cale Yarborough (three) and Lee Petty (three).(TSC/SHR)
o Stewart won races 33 times in a Chevy, 15 times in a Pontiac and one time in a Toyota.
o Stewart won 33 races for Joe Gibbs Racing and 16 races for Stewart Haas Racing.