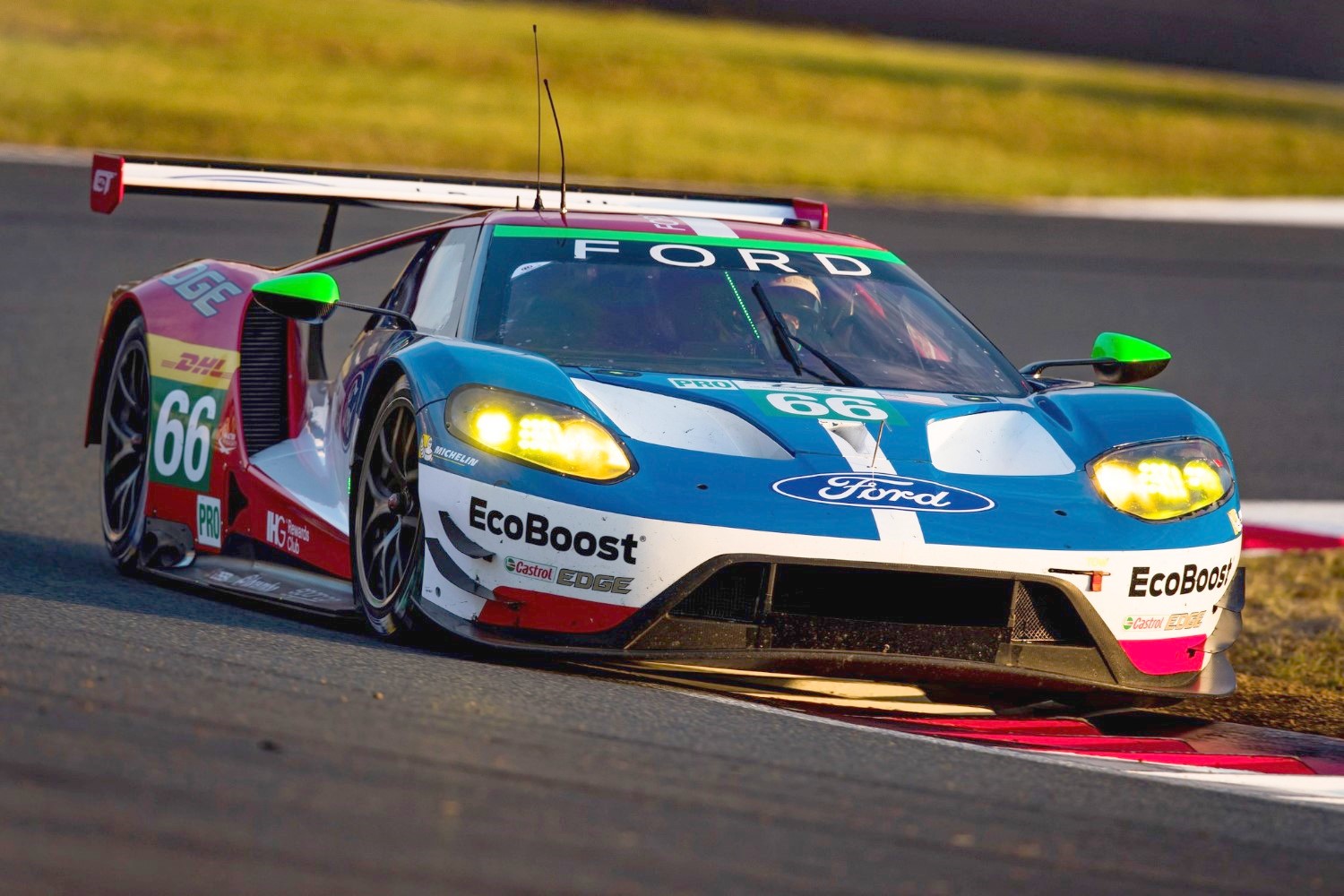 After dominant 1-2 runs in the last two FIA World Endurance Championship races, the pair of Ford GTs will head into this weekend’s season finale in Bahrain with a hefty Balance of Performance adjustment.

The FIA confirmed on Tuesday that the Fords have received a 20kg increase in minimum weight and a notable decrease in turbo boost ratio, across nearly all RPM levels.

While no other changes have been to other cars in either GTE-Pro or GTE-Am, it is the tenth BoP adjustment handed out to the production-base class this year, not counting the changes made prior to the pre-season Prologue test in March.

Ford Chip Ganassi Racing enters the ninth and final round of the season with a chance of claiming the GTE-Pro Teams’ Championship, and with Olivier Pla and Stefan Muecke holding an outside chance of the drivers’ title.

Track action in Bahrain gets underway on Thursday. sportscar365