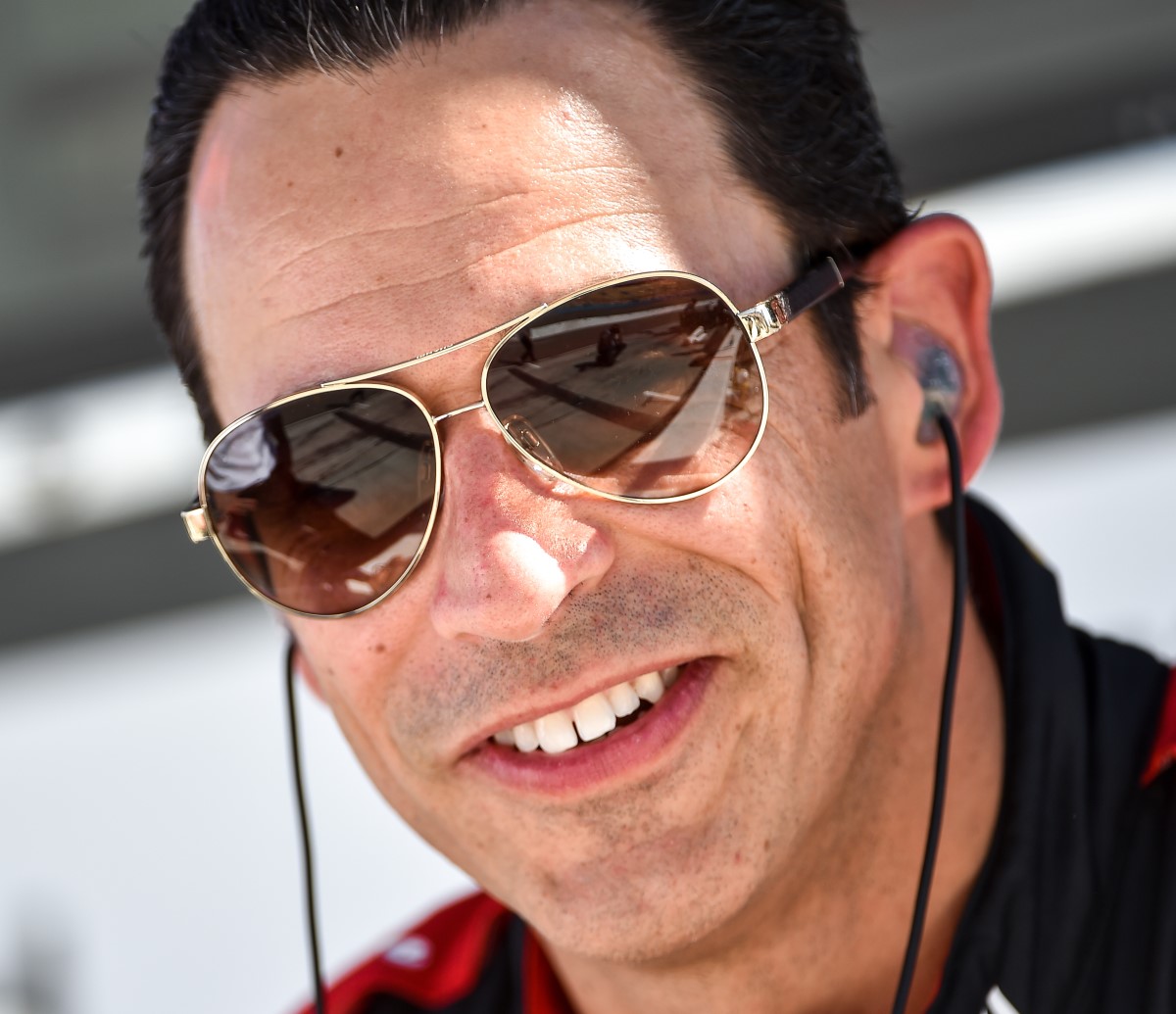 Verizon IndyCar Series driver Helio Castroneves received two doses of good news this week, and each has the number eight in common.

Castroneves won his eighth Capacete de Ouro (Golden Helmet), one of the highest honors given to Brazilian racing drivers by "Racing" magazine during the 20th anniversary of the awards in Sao Paulo on Thursday. A day later, Team Penske announced that Hitachi Group has expanded its partnership agreement with the team and will sponsor Castroneves' car for eight races in the 2017 Verizon IndyCar Series season – what will be the 20th year in Indy cars for the three-time Indianapolis 500 winner.

Castroneves earned the Capacete de Ouro award in the Formula Indy category, given to the top Brazilian driver racing in INDYCAR. He has also won the award in 2003, '06, '08, '09, '10, '12 and '15. "Racing" is the primary auto racing magazine in Brazil. The Capacete de Ouro is selected by a vote of Brazilian journalists.

The familiar Hitachi branding will serve as primary sponsor aboard Castroneves' No. 3 Chevrolet for nearly half the Verizon IndyCar Series races in 2017. Hitachi will continue to serve as an associate sponsor on each of Team Penske's other entries for drivers Simon Pagenaud, Will Power and newcomer Josef Newgarden.

"Our partnership with Hitachi has evolved into a highly integrated relationship that extends across multiple business platforms," said team owner Roger Penske. "Hitachi continues to work in conjunction with Chevrolet on the fuel injection systems in the Chevy Indy cars, so they are truly engaged with our on-track performance. Beyond the track, the relationship with Hitachi continues to grow and we are proud of the success we have shared through our joint marketing and promotional initiatives."

The partnership between Team Penske and Hitachi began in 2012. The activation strategy around the partnership includes event marketing and presence at key national and international automotive events and other trade shows.

"Partnering with Hitachi and representing their brand is a true honor," said Castroneves. "Continuing to have Hitachi on the car is both exciting and motivating. They are so much more than a partner to me. They've become part of the family."

Team Penske also announced an extension with Carlisle Companies that will see its Hawk Performance and DeVilbiss brands be the primary sponsor on a Team Penske car for four races in 2017. Carlisle and Team Penske began their relationship in NASCAR in 2011 season, moving the partnership to INDYCAR in 2014. Hawk Performance was featured on Juan Pablo Montoya's car when he won the 2015 Indianapolis 500 for Team Penske.

"As we began to explore race teams to become involved with, it became clear that Team Penske was the perfect fit for us," said Dave Roberts, Carlisle chairman. "Their brand is second to none and they've had tremendous success in every motorsports series. We wanted to be with a proven winner and we could not be happier with how this relationship has grown." 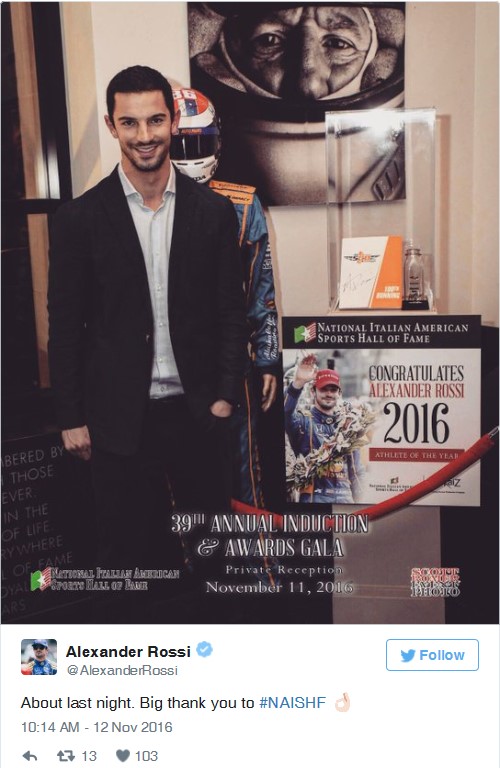 A pair of Verizon IndyCar Series drivers – Alexander Rossi and Mikhail Aleshin – were honored for their heritage and success in racing Friday.

Rossi – the surprise thrilling winner of the 100th Running of the Indianapolis 500 presented by PennGrade Motor Oil in May – was honored as the National Italian American Sports Hall of Fame's Sportsman of the Year. Rossi was feted at a private dinner and silent auction in Chicago, and tweeted about the event.

Aleshin, the Schmidt Peterson Motorsports driver, was honored at the Russian Motorsports Forum in Moscow, in the category of "honor and dignity," as he explained on Twitter. 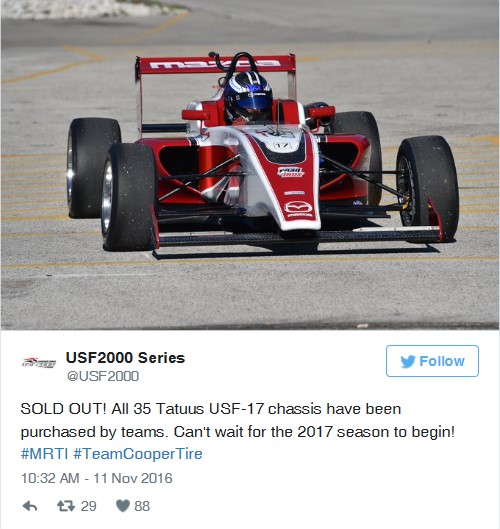 Orders have been placed for all 35 of the new Tatuus USF-17 chassis, which will make its competition debut in the 2017 Cooper Tires USF2000 Championship powered by Mazda. The series took to Twitter as well to proudly proclaim the fact. IndyCar

Graham Rahal could have a teammate next year if more support is found to field a second Rahal Letterman Lanigan Racing entry for Oriol Servia according to racer.com.

IndyCar's most powerful single-car program has taken the fight to its bigger multi-car rivals since 2015, and despite RLLR's considerable success, moving into title contention would become more realistic with a strong teammate to deliver a 1-2 punch.

"All we can say right now is we're hopeful to put something together with Oriol on a season-long basis, even though the odds on doing a full year might be slim right now," Bobby Rahal told RACER. "We've always said we'd only look at doing a second car if it added something beneficial to the entire team; Oriol is certainly someone who can do that. It's just a matter of putting it all together, but we're not there yet."