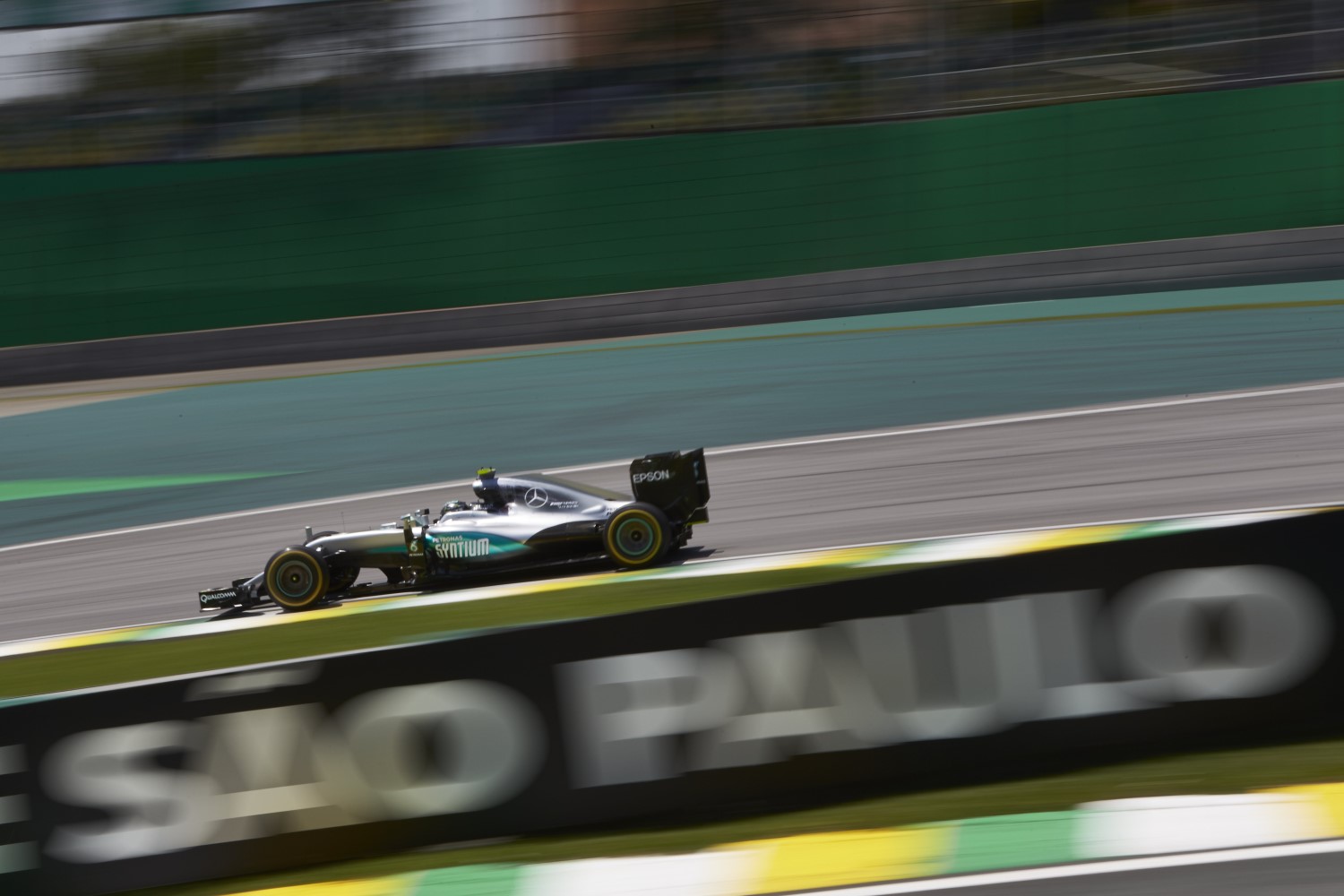 There was again less than a tenth of second between Mercedes’ two title contenders in Saturday morning’s final practice for the Formula 1 Grande Premio do Brasil 2016, but this time it was championship leader Nico Rosberg with a slight advantage over teammate Lewis Hamilton, both driving the superior Aldo Costa designed Mercedes.

The Autodromo Jose Carlos Pace was damp at the start of the 60-minute session, but rapidly dried as Sebastian Vettel went third from Ferrari team mate Kimi Raikkonen, just two-tenths off Rosberg’s pace. Then came the Red Bulls of Max Verstappen and Daniel Ricciardo, all within around half a second of the Mercedes.

The Williams of Valtteri Bottas and Felipe Massa were seventh and ninth respectively, split by an impressive Jolyon Palmer in the Renault. McLaren’s Fernando Alonso completed the top ten.

There was bad news for Sauber, with Felipe Nasr and Marcus Ericsson rooted near the bottom of the timesheet, with the latter completing just one lap before the team decided the Swede will need an engine change ahead of qualifying.