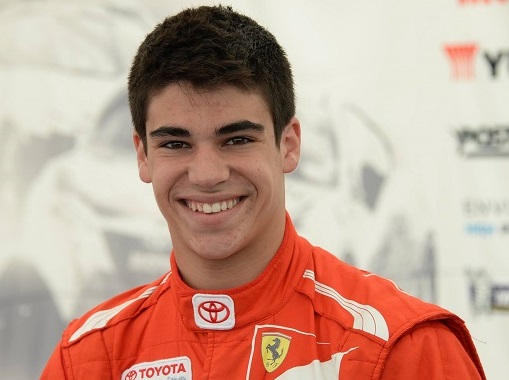 F1 will show Stroll how to suffer – Villeneuve
(GMM) Jacques Villeneuve has warned countryman Lance Stroll that his toughest challenges lie ahead in F1.

Just like Villeneuve in 1996, Stroll is a young Canadian with a famous father who is set to break into formula one with the British team Williams.

But Villeneuve, now 45, is in fact a regular critic of 'pay drivers', amid reports Stroll is perhaps the most lucrative example of that in F1 history.

"I did say that money does not buy talent and I stand by that statement," the 1997 world champion told the Journal de Montreal.

"But money doesn't mean you don't have talent," Villeneuve insisted.

In that way, he said Stroll cannot be blamed for being born the son of a billionaire.

"Money allows you to enter through the front door," said the former Williams driver.

"Winning F3 doesn't mean anything," he said. "There are so many drivers who have won in F3 but nothing afterwards. And others who did nothing in F1 and exploded in F1."

Still, he praised Stroll's father, the fashion mogul Lawrence, for backing his son so comprehensively.

"He made the right choices and was able to prepare his son, who in turn delivered the goods," said Villeneuve.

But F1, the 11-time GP winner warned, will be Stroll's ultimate test.

"It remains to be seen how Lance will evolve psychologically in F1," he said. "He will no longer be protected by your father but instead left rather to himself.

"He has not finished learning, and I'm anxious to see how he will react."

Amid the controversy about the young Dutchman's aggressive driving, the Red Bull driver defended his style.

"Many drivers had a problem with the way I defended under braking," Verstappen said, referring to his dice with Lewis Hamilton at Suzuka.

"There was a demand for adjusting the rules," he told a column for his sponsor Exact. "Apparently not everyone likes to be challenged sportingly.

"The problem with this kind of rule is that it complicates the sport," Verstappen continued. "Not just for the viewer, but for the stewards as well."

He said the best example of that was Mexico, where he says some questionable stewards decisions were made.

"Lewis Hamilton cut the first corner and was not penalized, which is fine," said Verstappen. "But when I did exactly the same in my fight with Sebastian Vettel, I lost my third place.

"That is a ridiculous situation," he said, "and it indicates that there are some double standards.

"Rules are obviously needed and I will always respect them," insisted Verstappen, "but it's only fair if they are the same for everyone."

Bottas denies being Williams team leader
(GMM) Valtteri Bottas has played down suggestions his job description is fundamentally changing for 2017.

Ever since debuting for Williams in 2013, the Finn has had a more experienced teammate, most recently the Ferrari veteran Felipe Massa.

But Massa is being replaced by teenager Lance Stroll for 2017; the second-youngest rookie in F1 history.

Some think Bottas will necessarily be the Williams 'team leader', but the 27-year-old insisted: "My job doesn't change in any way.

"My job is to get the most I can out of the car and the team," he is quoted by Turun Sanomat newspaper.

"Outside the car, then of course I am ready to help Lance if it is needed. But Lance is a young and skillful driver who will definitely learn quickly," Bottas added.

FIA rejects push for more gravel traps
(GMM) The FIA has reportedly rejected calls for asphalt and grass run-off areas to be replaced with gravel.

In Mexico, only Max Verstappen was penalized for cutting the first corner, even though championship chaser Lewis Hamilton did the same thing.

The ensuing debate was actually timely, given Bernie Ecclestone's contentious argument that track limits should in fact be defined by 'walls'.

"I'm a fan of gravel, because it punishes you. If you don't get stuck, you have rocks on the tires and in the sidepods, so you're not getting an advantage."

But the German publication claims more gravel is unlikely, mainly because of F1's tire supplier.

"Pirelli is already complaining that there are too many stones around that damage the tires," an FIA source is quoted as saying. "With gravel this would be even worse."

That is the view of the famous British team's well-known former team coordinator Jo Ramirez.

"It's still painful," the 75-year-old told Spanish sports daily AS. "McLaren's evolution is good but it's too slow.

"They're losing sponsors and will lose Alonso as well," Ramirez warned.

Asked if he thinks the two-time world champion and Spaniard is getting tired of McLaren's situation, he answered: "It cannot be otherwise. He is a winning driver and he has to win.

"I don't think he will endure more than next year. I do believe that's his limit."

So as for whether McLaren can return to the top step of the podium, Ramirez said: "I don't know but I hope so, because the talent is there.

"But as I say, sponsors are going, because in this business if you don't win, it's difficult."

When asked if McLaren can succeed as soon as 2017, Ramirez added: "I think this year they should already have been on the podium.

"Of course it's possible to fight for the title, but I think it's difficult. But they have to do everything possible, because I think next year is McLaren's last chance.

"I think they have a lot to improve because do you know what? It's not all the fault of the engine.

"The engine is still not good, but I don't think it's the best chassis in the world. So they have to work together, McLaren and Honda, as if they were a single team, and keep Alonso," he concluded.

Gasly made too many mistakes – Marko
(GMM) Pierre Gasly's failure to win the GP2 championship partly explains his failure to break into F1 for 2017.

That is the hint of Dr Helmut Marko, the architect of Red Bull's F1 driver program who recently decided to keep Daniil Kvyat alongside Carlos Sainz at the junior team Toro Rosso for another year.

Asked if Toro Rosso's unusually experienced lineup for 2017 demonstrates that there is not enough young talent pushing through, Marko agrees: "I don't know if it's a coincidence or a trend.

"But the more you look down in the lower categories, the sadder it becomes," he told Germany's Auto Motor und Sport.

So for now, Toro Rosso has Kvyat, who is awaiting a second chance to be promoted to Red Bull Racing, and Sainz, who arguably now deserves his first.

But Marko said the pair should not give up on their chances.

"Motor sport is dangerous," he said.

"I don't hope for it, but something can always happen in terms of illness or something like what happened with Alonso in testing. So if this happens, we want to have good reserves, and we have that at Toro Rosso.

"The other reason is that Toro Rosso will also have the Renault engine next year, so it will be a good car. So we want to have two top drivers."

As for French 20-year-old Gasly, who has hit out at Red Bull's decision to overlook him for now, Marko said: "Gasly is young. He can still wait.

"It's not a mistake if he doesn't come up yet. Additionally, he could have had the title in GP2 three times if he had made fewer mistakes," he added.

That is the view of Montreal race promoter Francois Dumontier, who is currently in talks with Bernie Ecclestone about the event's mere provisional status on the 2017 calendar.

The 2017 race is reportedly uncertain due to delays in circuit improvements, but the debut next year of young Canadian Stroll is a shot of good news, Dumontier told La Presse newspaper.

"It's in the same year that we celebrate 50 years of formula one in Canada," he said, "so we see it as a wonderful birthday present."

In fact, so important is young Stroll to the Canadian grand prix that Dumontier actually travelled to the UK last week for Williams' announcement.

"Of course it's positive, and I would be lying if I said it does not make any different to the tickets," he said.

However, tickets for the 2017 race are in fact not yet even on sale, as Ecclestone and the FIA are yet to remove Montreal's asterisk.

But Dumontier does admit that talks with F1 supremo Ecclestone are taking place.

Asked if the Stroll news has now changed Ecclestone's tone somewhat, he laughed: "I cannot reveal the content of the discussions we are having at the moment, but it is a nice coincidence.

"The announcement was made while we are having these kinds of discussions, but I remain optimistic that in the coming days, I think the asterisk will disappear."

As for those 2017 race tickets, Dumontier added: "It has not been announced yet, but it is something that is imminent.

"I have no specific date, but it will be in the coming days."

19-year-old Dutchman Verstappen is making waves among the sport's rule makers and his fellow drivers for a spate of aggressive driving.

But German driver Hulkenberg told the Dutch talk show Pauw: "Max is a bit of a rebel at the moment. He's a tough racer, but I think it's good.

"He drives with his elbows a little bit out, and what he does is sometimes extreme, as he is sometimes very late," Hulkenberg said, referring to the Red Bull driver's most controversial defensive maneuvers.

"So he gives the car behind very little chance to do something else. There will be incidents, but that's racing," he insisted.

In the wake of the latest controversy, in which quadruple world champion Sebastian Vettel unleased a foul-mouthed tirade against Verstappen, Hulkenberg is expecting a long drivers briefing in Brazil this weekend.

"The next briefing will probably be long, so I'll bring something to eat," he laughed. "If Sebastian starts talking about Max, it will take a long time.

"There is a little bit of friction," Hulkenberg continued, "but it's competition and that's part of it. That's what racing is and what people want to see."

It has been reported that McLaren's Bahraini shareholders as well as Mansoor Ojjeh – combined they control 75 per cent of McLaren – are unhappy with how the F1 team is being run and believe Dennis should ultimately be held responsible as chairman.

Although McLaren have denied the claims, Red Bull's Horner believes the team would miss Dennis' guidance, whilst the sport would also suffer.

"I only have the utmost respect for Ron," Horner told Sky Sports News. "We've gone head-to-head and fought over sponsors, engineers, drivers, whatever, but he's always played fair.

"It would be a great loss if he's not involved, certainly for McLaren and also Formula 1."

Although McLaren are going through a difficult period, they remain one of the sport's most successful outfits, with much of that success coming with Dennis at the helm.

"What he has achieved in Formula 1 is quite remarkable," added Horner. "What he has built McLaren into is an example to us all.

"He's a passionate man and he argues for the right things for Formula 1, sometimes to the detriment of his own team."