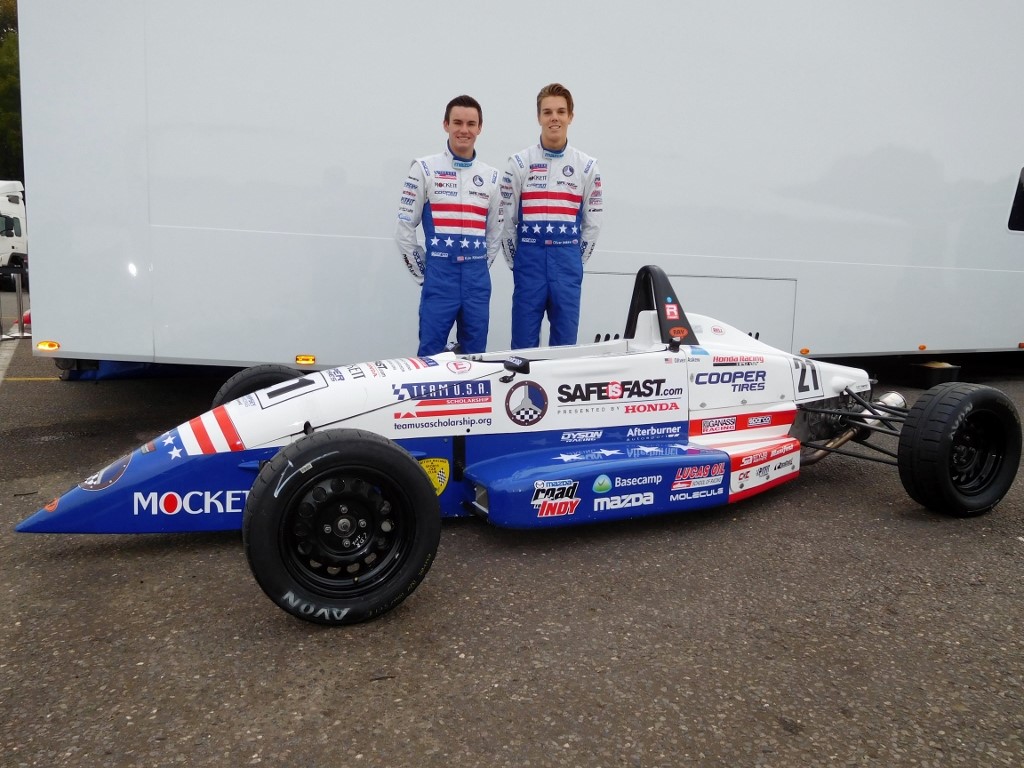 SILVERSTONE, England – After a week of high-profile industry visits (including Wirth Research, the McLaren Technology Centre, home of the McLaren Honda Formula 1 team, and Ilmor Engineering) and a little time for sightseeing, Team USA Scholarship drivers Oliver Askew and Kyle Kirkwood are ready for their final challenge in the form of this weekend's Walter Hayes Trophy Formula Ford extravaganza at Silverstone.

Over 120 drivers are entered for the 16th edition of an event which commemorates one of the founding fathers of Formula Ford. Walter Hayes, who began his professional life as a journalist before joining the Ford Motor Company in 1961, also played a pivotal role in the creation of one of the most successful engines in Formula 1 history, the Ford Cosworth DFV.

"Our time here in England is sadly coming to a close, but first I have some unfinished business to take care of this weekend at the Walter Hayes Trophy," said Askew, 19, from Jupiter, Fla., who claimed a couple of podium finishes in the Formula Ford Festival at Brands Hatch two weeks ago and was challenging for second place in the Final until hobbled by a flat tire. "Both the Cliff Dempsey Racing team and myself have prepared as much as possible for this final event. We feel confident heading into qualifying and the first heat race tomorrow as our pace this week has been strong.

"I know that there were many young drivers who competed to win the Team USA Scholarship," he continued, "and I feel extremely privileged to be one of the two selected for this once-in-a-lifetime opportunity. I am putting everything I've ever learned into this experience to produce the best results possible."

"The past few days have been great," added Kirkwood, 18, who also hails from Jupiter, Fla. "The track is amazing to drive on and I can't wait to start racing on it tomorrow! Day one of practice we completed well over 120 laps with only 17 cars on track with us, which was a nice change from all the traffic in Brands Hatch. Yesterday (day two) was good and today was exactly what we wanted. We knew we had everything right for the dry but had no idea with wet conditions. Luckily, the track was wet for both of my sessions, so now we're sure we have both wet and dry conditions down well."

The weekend will begin with qualifying and no fewer than six Heat races on Saturday, with the Grand Final set for 3:00 pm local time on Sunday. Live timing and scoring will be available at https://livetiming.raceresults.nu/mst.