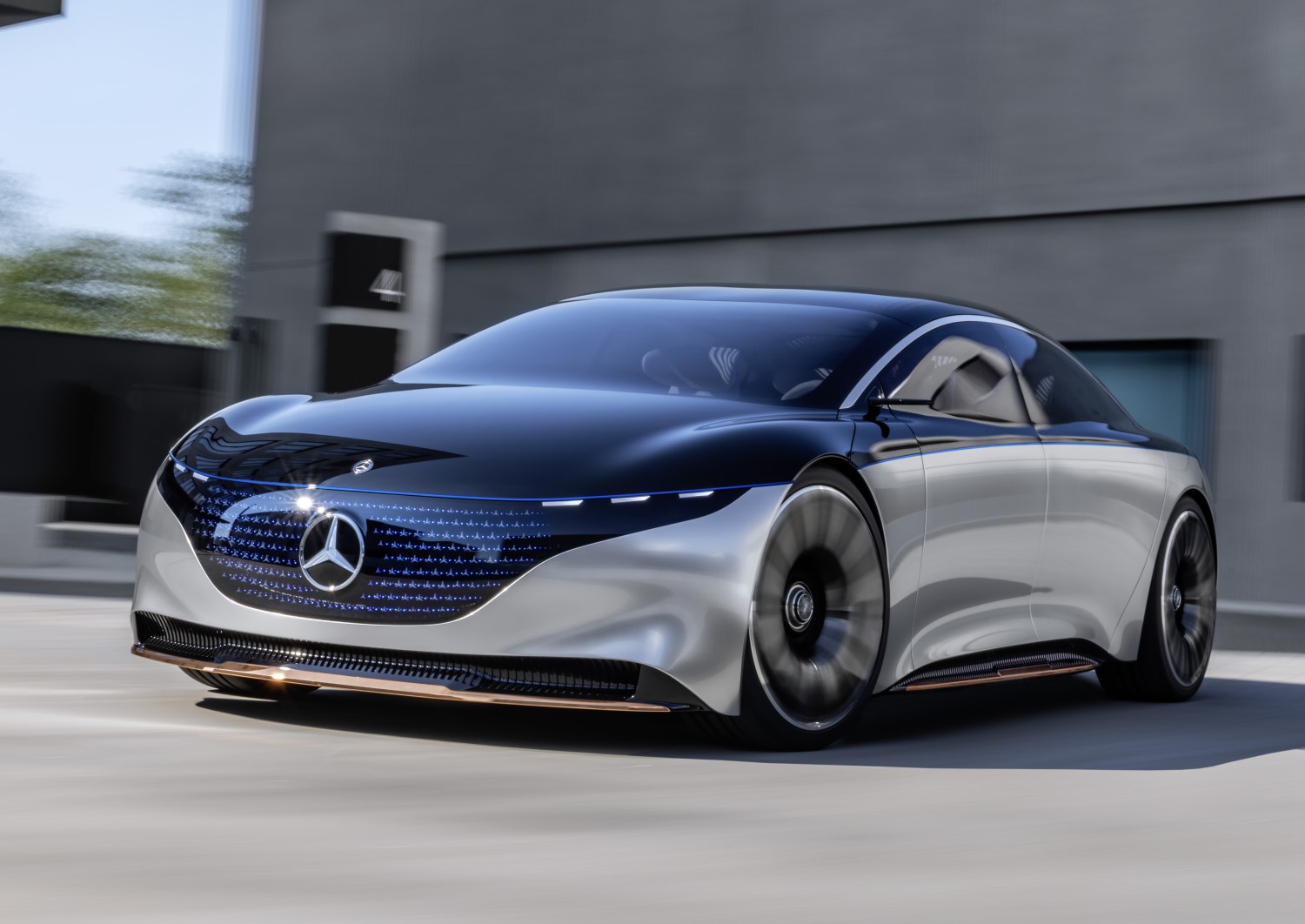 Mercedes-Benz is preparing to take on the Porsche Taycan and Tesla Model S with an all-electric AMG version of its forthcoming EQS.

The German brand is working on introducing 10 electric models as part of its new EQ family of vehicles, having started with the EQC SUV and EQV people mover, with plans to put its Vision EQS limo into production by 2021. That car would form the basis for a new battery-powered super sedan to take on the Porsche and Tesla, either joining or replacing the current S63 model in the line-up.

With its innovative, stretched “one bow" design, the VISION EQS takes the Progressive Luxury design philosophy of the EQ models by Mercedes-Benz into a new dimension. The “seamless" look of this dramatic and powerful sculpture is what gives the VISION EQS its majestic presence.

Technical features such as the 24-inch multi-spoke wheels, which form a jewel-like counter piece to the flowing body lines of the VISION EQS, emphasize the luxurious character of the saloon. As do the rear lights, which are for the first time seamlessly integrated into the body. With 229 individual LED stars they show a completely new approach to applying the brand logo.

A combined output of over 350 kW gives the VISION EQS the performance of a super sports car. With a compact high-performance power unit at each axle, the show car sets a new standard in EQ performance. Thanks to the intelligent and fully variable torque distribution, the immediately available power from the two motors is not only managed for best possible handling, but above all for outstanding efficiency. As a result, thanks to an intelligent operating strategy, the show car accelerates from 0-100 km/h in under 4.5 seconds and has a comfortable operating range of up to 700 kilometers according to WLTP.

Above all, the latest-generation electric motors with highly-integrated power electronics and transmission ratios are a quantum leap in efficiency. At a charging output of 350 kW, the VISION EQS recharges the battery to 80% in significantly less than 20 minutes. Accordingly, the EQ concept not only impresses with its dynamism, but also sets new efficiency standards.

According to a report from Autocar, Mercedes and AMG are working to launch the AMG EQS by 2022. It would use a dual-motor powertrain capable of producing 447kW of power and 900Nm of torque and offering all-wheel drive traction. By comparison, the Porsche Taycan Turbo S makes 560kW and 1050Nmm and Tesla’s upcoming ‘Plaid’ tri-motor set-up is rumored to be producing up to 596kW and more than 1000Nm.

Reportedly the battery pack will be a 100kWh lithium ion package capable of endowing the EQS with a real-world range of more than 500km. Importantly it will join the Porsche and be capable of taking a 350kW rapid charge, currently the fastest charging on the market, which allows an 80 per cent recharge in just 20 minutes.

The story claims Mercedes will use the dual-motor powertrain in the same way it does its current 4.0-liter twin-turbo V8, fitting it to several models in an expanding electric AMG range. Already on the agenda are the EQE mid-size sedan and EQG SUV, which will get the same performance treatment as the EQS.