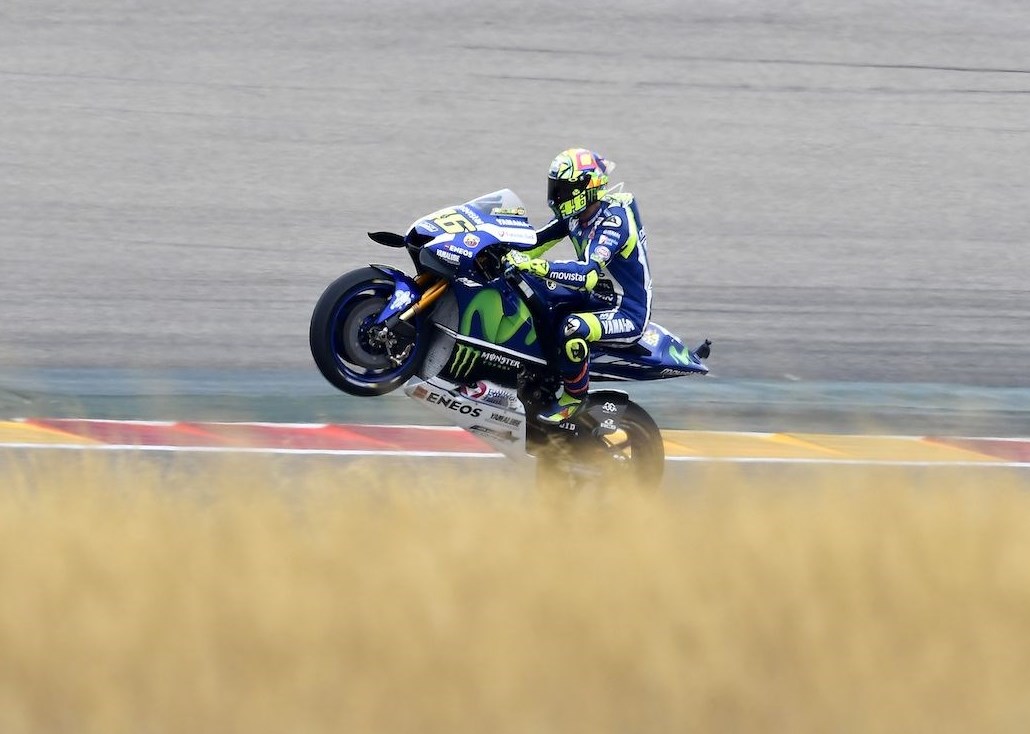 We don't know exactly what it's like to ride on the very fringes of two-wheeled traction at 200 miles per hour atop a 250-horsepower MotoGPmotorcycle, but we imagine that it takes nerves of steel. And if one of your fellow trackmates does something dumb at speed, we're thinking an "offensive hand gesture" is probably the least of their concerns. Apparently, those kinds of gestures will now result in fines from the Federation Internationale de Motocyclisme, according to a report from Autosport.

Cal Crutchlow, who races for the LCR Honda team, isn't a fan of the new rules. "You're not allowed to stick fingers up, wanker signs, nothing," he said. "I'm disappointed with that rule change. It adds a little bit of spice."

The move to ban offensive gestures on the track comes after Yamaha racer Valentino Rossi got into an on-track kerfuffle with Suzuki's Aleix Espargaro during a practice session at Misano. Rossi took umbrage to Espargaro staying on the racing line prior to pitting. There was a brief exchange at speed on the track that ended with Rossi flipping the Suzuki rider the bird.

Apparently, the banned gestures are so far confined to the racetrack. Rossi spared no time in demonstrating the gesture – twice – when asked during post-race interviews to explain the circumstances that led to the argument. "When one rider is on the track he has to keep attention to the other one; if not, it's not fair, and it's a lot worse [than hand gestures]," said Rossi. And we're pretty sure he's right – shouldn't poor riding be fined instead of the heat-of-the-moment response from other riders?