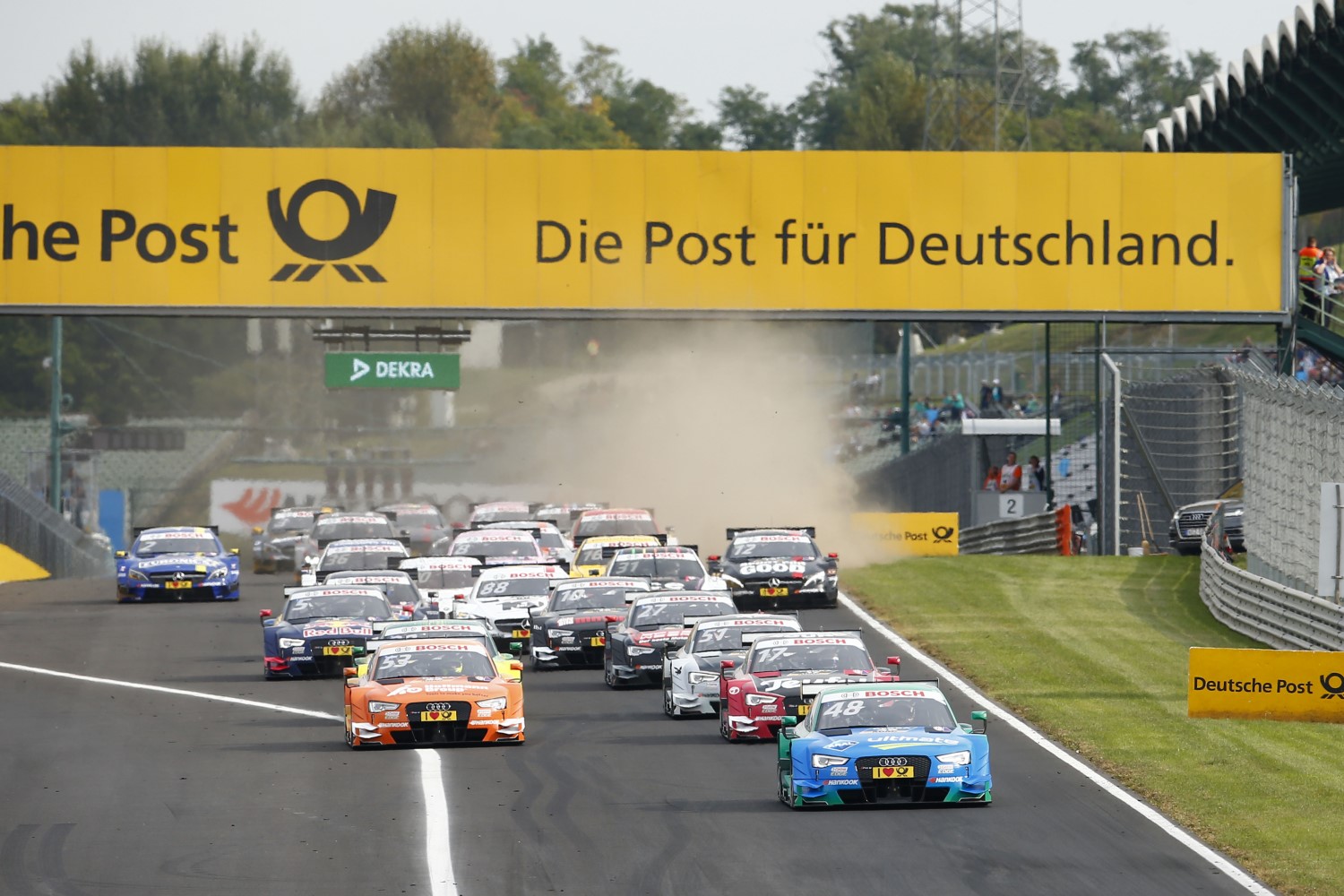 The battle for the title in the 2016 DTM season remains exciting: with a dominant victory in the 15th race of the season, Edoardo Mortara kept all his chances alive behind the wheel of his Audi RS 5 DTM and considerably reduced the gap to points' leader Marco Wittmann. After 26 laps of the Hungaroring, Mortara crossed the finish line as the race winner from his fellow Audi drivers Jamie Green and Miguel Molina. In the following positions, Rockenfeller, Muller and Tambay completed the sextuple victory for Audi.

"Of course, we are super happy with this result and I hope to be able to win the race on Sunday as well," Mortara said. In Hungary, he scored his fourth win of the season and the seventh race victory of his DTM career. Marco Wittmann finished seventh with his BMW M4 DTM from the best-placed Mercedes-AMG driver, Felix Rosenqvist in eighth. Roberto Wickens, who had started the race from 17th place on the grid, was classified tenth behind Timo Scheider.

After 15 of this season's 18 races, Marco Wittmann is leading the drivers' standings with 176 points. Mortara has reduced the gap to the BMW driver, he is now only 14 points down with 162 points in second place.

Jamie Green (137 points) has moved up to third place in the drivers' standings after his second-place finish in the race. Robert Wickens is fourth with 121 points.

"An awesome day – that's what you'd have to call it," said Dieter Gass, Head of DTM at Audi Sport following Audi's one-two-three-four-five-six result. “We had a really perfect qualifying and a very, very, very good race. When you're on the front of the grid with eight cars it's an illusion to believe that you're going to finish with all eight of them in front as well. But we did it with six of them and that's fantastic. We're back in the championship race. And I believe we delivered a good show to the fans and our colleagues from GyÅ'r."

In race two on Sunday (start at 15:10, live coverage on "Das Erste" beginning at 15:00 CEST), Edoardo Mortara will have the chance of recapturing the lead of the standings and to secure a perfect starting base for the finale at Hockenheim. In the manufacturers' standings, Audi, following Saturday's race, is leading with 554 points, trailed by BMW (527) and Mercedes-Benz (434). In the teams' classification, Audi Sport Team Abt Sportsline has a ten-point advantage over BMW Team RMG.