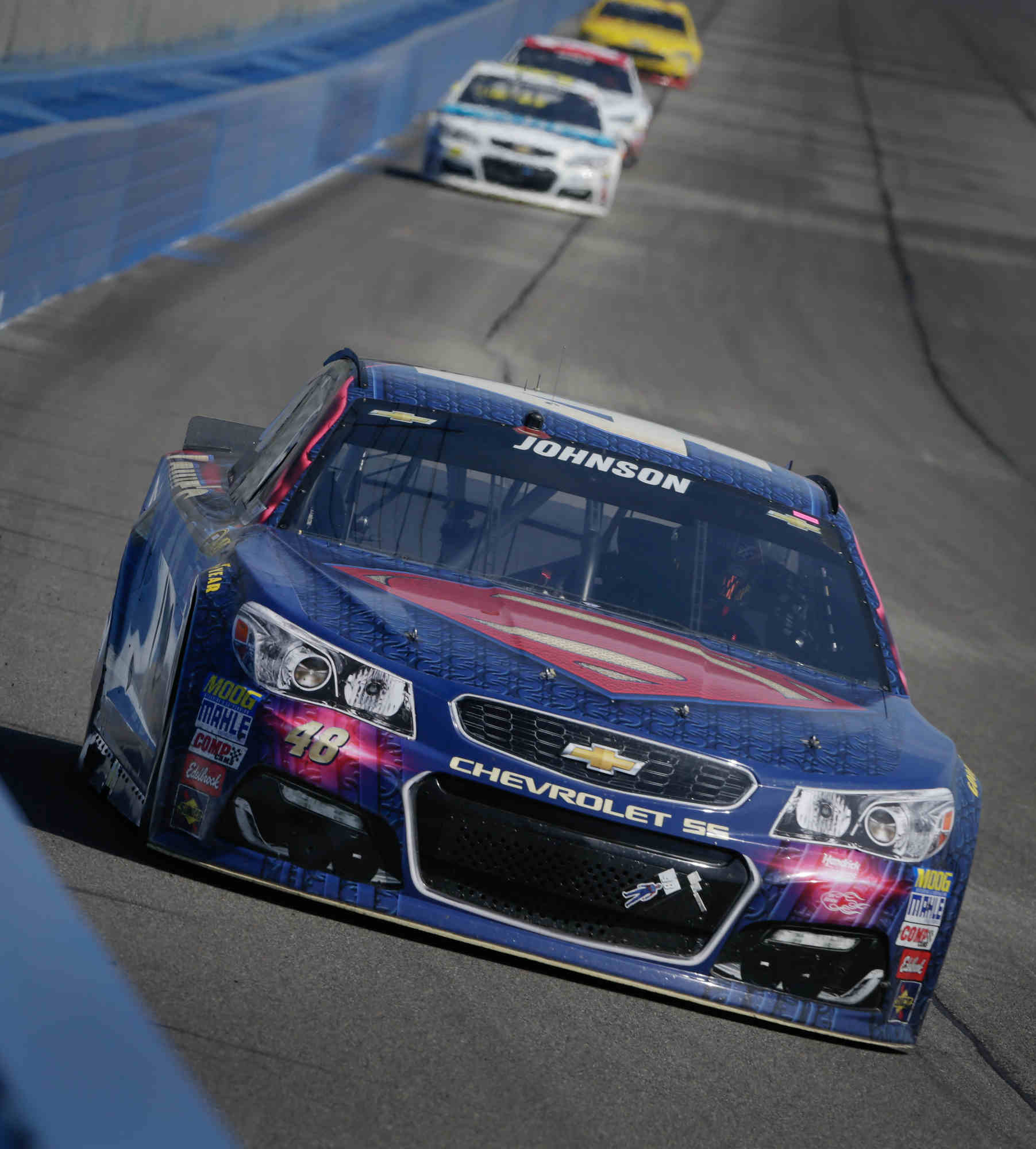 NASCAR has decided to increase the tolerances for postrace measurements, eliminating all lower-tier penalties and only issuing a penalty if it reaches the point where suspensions would be issued and a win would not be allowed to count toward advancement in the Chase for the Sprint Cup. The decision is retroactive to the race last weekend at Chicagoland Speedway, meaning that race winner Martin Truex Jr. and 12th-place finisher Jimmie Johnson will not be penalized for being outside the rear alignment tolerances by a minimal amount. Without a penalty, Johnson remains eighth in points. With the 10-point penalty he would have received, Johnson would have fallen into a tie for 12th in the standings.

NASCAR Executive Vice President Steve O'Donnell said the decision was made so that all penalties are equitable. Under the previous structure, Truex virtually would have no penalty because he won the race to automatically qualify for the next round of the Chase while Johnson would have had a major 10-point penalty that could have put his ability to advance to the next round in jeopardy.

"We recognized if we were to apply those penalties as we listed them out for the event, those penalties would not have the same impact on the competitors based on the Chase format and the increased emphasis on win bonuses [to advance]," O'Donnell said. "If you look back as to why we created the deterrent system we put in place to insure that we had a level playing field for all 40 cars that were competing in the event and in this case, if we applied those penalties, the postrace penalty would not really treat each competitor fairly."

O'Donnell said he feels the industry believes the Truex and Johnson infractions were minor in nature. All of the cars passed inspection prerace, and teams design the cars to bend and adjust at race speed and loads in the turns. O'Donnell also announced that every Chase car would go through the postrace measurement inspection station. Previously, it was the top-five and select others. If a car does fail postrace measurements at the standard NASCAR set last week as its most egregious violation, it would be a 35-point penalty, a three-race suspension for the crew chief and a $65,000 fine for the crew chief. If the car had won, the driver would not be allowed to use the win to advance to the next round of the Chase. A win is worth 44 or 45 points, depending on whether a driver leads the most laps. ESPN.com

"The right rear of our car was well within the tolerance margin, which showed that we were trying to be conservative. However, the left rear wheel alignment was off by approximately ten-thousandths of an inch, which in high probability was due to damage in that area as a result of being hit by the No. 4 car. We believe the laser inspection numbers were correct and accept NASCAR’s decision that was made following Sunday’s Sprint Cup Series race at Chicagoland Speedway."

09/19/16 NASCAR announced that the cars' rear-alignment measurement failures were at minimal levels, meaning that Truex will be able to use his victory Sunday to advance to the quarterfinal round of the Chase for the Sprint Cup. NASCAR reviews any extenuating circumstances and will announce any penalties this week, likely Wednesday.

Johnson faces a potential 10-point penalty, which could drop him from eighth in the standings to a three-way tie for 12th with Austin Dillon and Kevin Harvick. The Chase field of 16 gets cut to 12 after two more races, with the winners automatically advancing and the four worst drivers in points eliminated. Johnson crew chief Chad Knaus also faces a potential $15,000 fine. Truex could face a 15-point penalty, with crew chief Cole Pearn being fined $22,500 because this is their second such violation in two weeks, which increases the penalties by 50 percent. ESPN.com

Greg Biffle and Aric Almirola's cars were missing a single lug nut on each car. Almirola's missing lug nut was because of a broken right front stud. Their crew chiefs face a potential fine of $10,000. Crew chiefs are only suspended now if there are more than 3 lug nuts missing.

09/18/16 The race-winning car of #78-Martin Truex Jr. and the 12th-place car of #48-Jimmie Johnson failed postrace measurements in Chicagoland. They were at the lowest levels so Truex will be able to use the win to advance to the second round of the Chase. ESPN.com

As always in NASCAR, if you cheat to win you will always keep your win.