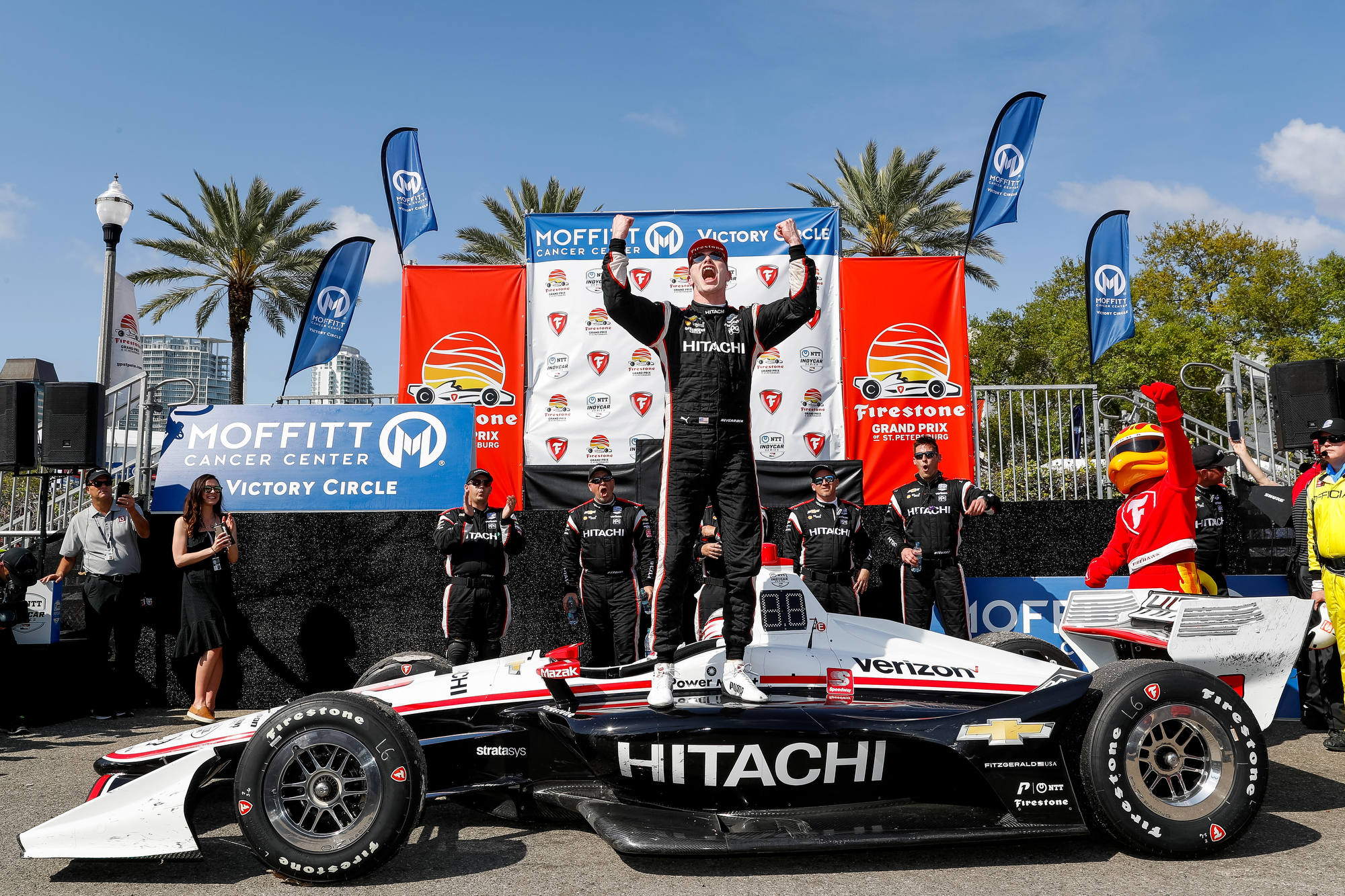 The 16th Annual Firestone Grand Prix of St. Petersburg will return as the opening race for the NTT INDYCAR SERIES for the 10th consecutive year. It will also feature six support racing series on track with four of the six opening their 2020 seasons in St. Petersburg.

Featuring racing at a combination of superspeedways, short ovals, road courses and temporary street circuits, the NTT INDYCAR SERIES offers its international lineup of drivers the most diverse challenges in motorsports. The top point scorer is crowned the series champion and receives a $1 million bonus. Founded in 1994, INDYCAR serves as the sanctioning body for the NTT INDYCAR SERIES. These stars drive single-seat, open-cockpit cars that feature a 2.2-liter, twin turbocharged, direct-injected V-6 engine optimized to run at 12,000 RPM with an estimated 500-700 horsepower depending on the turbocharger boost setting. The consumer-relevant engines, which are supplied by Chevrolet and Honda, utilize Speedway E85R fuel.

Indy Lights Presented by Cooper Tires is the top step of the Road to Indy ladder system for drivers and teams striving to compete in the NTT INDYCAR SERIES and the Indianapolis 500. 23 of the 33 starters in the 2019 Indianapolis 500 were Indy Lights graduates, including nine series champions. The Indy Lights champion receives a three-race NTT INDYCAR SERIES scholarship package valued at $1 million which includes the Indy 500. Some graduates include Josef Newgarden, Scott Dixon, Tony Kanaan, Patricio O'Ward, and from 2019 Oliver Askew and Rinus VeeKay (Askew and VeeKay will make their NTT INDYCAR SERIES race debuts at St. Pete.).

The Cooper Tires USF2000 Championship is the first step on the Road to Indy. In addition to providing a vital training ground for rising stars just out of the karting ranks, the series champion will earn a $328,225 scholarship package to advance to the Indy Pro 2000 Championship Presented by Cooper Tires. Drivers who have honed their skills in the series include Indy 500 winners Dan Wheldon, Sam Hornish Jr. and Buddy Rice.

The Porsche GT3 Cup Challenge USA by Yokohama is a single-make racing series based in North America using Porsche 911 GT3s. The series produces intense, exciting competition for semi-professional and aspiring professional drivers in the world’s most produced and iconic race car, the Porsche 911 GT3 Cup.

A look Back a Year

Utilizing a combination of raw speed, creative tire strategy and sharp pit work, Josef Newgarden drove the No. 2 Hitachi Team Penske Chevrolet to victory lane in the 2019 Firestone Grand Prix of St. Petersburg. It was the 11th career IndyCar win for the 2017 series champion. The Nashville, TN native, came home 2.8 seconds ahead of Scott Dixon. Polesitter Will Power made it two Penskes on the podium coming home third, with rookie sensation Felix Rosenqvist fourth. Alexander Rossi rounded out the top-5

Who will win pole?

Will Power dominates pole position qualifying at St. Petersburg winning 8 of the last 10 poles here. Last year was no different as Power put up a lap of 1m00.459s to win the pole in his Penske Chevy by just 0.0976s over his Penske teammate Josef Newgarden. Row 2 was all Ganassi teammates rookie Felix Rosenqvist and Scott Dixon with Row 3 filled by Andretti Autosport teammates Ryan Hunter-Reay and Alexander Rossi.

Developed by Red Bull Advanced Technologies and tested multiple times since its first on-track assessment in October 2019, the Aeroscreen will appear on all cars competing in the Firestone Grand Prix of St. Petersburg on the city streets of St. Petersburg, Fla., on Sunday. The Aeroscreen is INDYCAR's latest safety innovation to reduce the risk of driver injury from flying debris or other objects striking the cockpit area. Drivers are appreciative of the efforts of INDYCAR in regard to advances in driver safety.

“I think the Aeroscreen is really cool; I like it a lot," said Rahal. “I think it looks like a fighter jet on wheels. I think it’s a really unique look and will provide a lot of safety to the drivers. At the end of the day that’s what we’re trying to do; make this sport a little bit safer. Anything that can stop a piece of debris or anything from hitting our heads is important and I think this is going to do that. I think it’s going to grow on fans. Yeah, it’s different. Have we seen an Indy car look like this before? No, we haven’t but it’s time that we evolve and I think it looks really cool."

“It’s definitely a great thing for the drivers," added Sato. “Number one because the INDYCAR SERIES is putting the safety of the drivers first and second, it is showing the world the technology of INDYCAR, a series who has built safety devices in the past. Now there is a new development coming. I believe it will be successful and will be the standard for the open cockpit formula for the next generation."

All will utilize the twin-turbocharged Honda Indy V6 engine, designed, manufactured, developed and maintained by HPD. Designated the HI20TT, the engine will be used throughout the 2020 season.

Amid NTT INDYCAR SERIES changes entering the 2020 season, the constant for Chevrolet personnel, teams and drivers is consistency of execution that produces victories.

Team Chevy will be well represented by:

Will Power, No. 12 Verizon Chevrolet

IndyCar’s 2020 season has arrived and with it comes the first look at some of the paint schemes teams will sport throughout the year.

To help spot your favorite driver on the track, NBCSports.com has compiled the confirmed paint schemes (some featuring multiple designs on the same car) for the 2020 NTT IndyCar Series season.

Push-to-pass parameters: 150 seconds of total time with a maximum single duration of 15 seconds. The push-to-pass is not available on the initial start or any restart unless it occurs in the final two laps or three minutes of a timed race. The feature increases the power of the engine by approximately 60 horsepower for 2020.

Since 2012, the NTT INDYCAR SERIES has averaged nine different race winners per season, including a record-tying 11 winners in 2014. There were seven different winners in the 17 races of 2019.