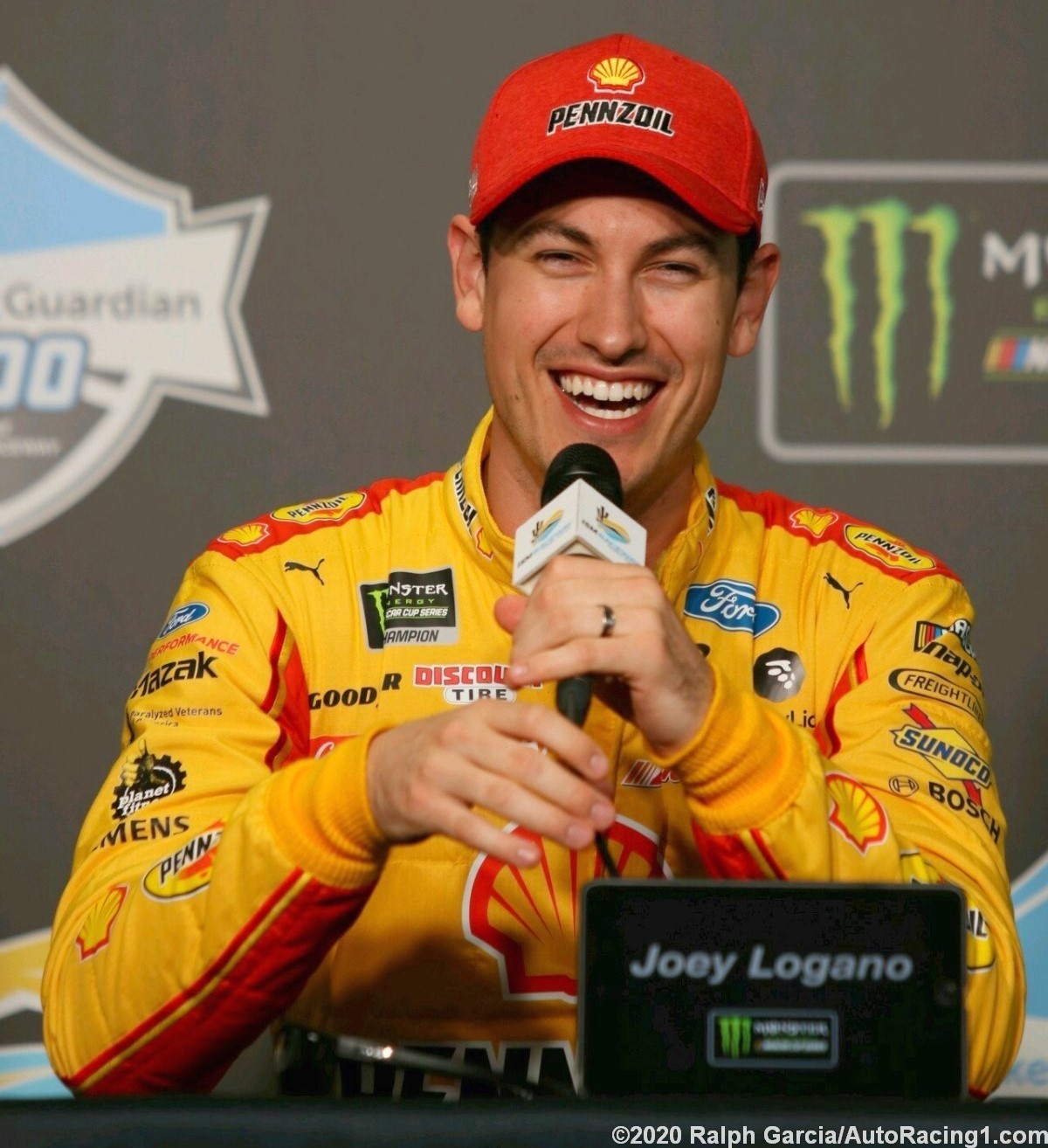 Joey Logano drove his Pennzoil Penske Ford to win the Fanshield 500 NASCAR Cup race at ISM Raceway by holding off Kevin Harvick (Ford) and Kyle Busch (Toyota) through a late caution restart and then a green-white-checker finish in overtime.

Logano credited the HP of his Penske Ford with the victory. "Even though this is a 1-mile oval this is a Horsepower track," said Logano.

With the victory — his second at Phoenix and the 25th of his career — Logano is the first multiple winner of the 2020 NASCAR Cup Series season, having previously taken the checkered flag at Las Vegas Motor Speedway in the year’s second event.

Logano won Sunday at the 1-mile track in the Sonoran Desert despite snafus that might have thwarted a lesser driver. On Lap 133, Logano’s crew was flagged for an uncontrolled tire, sending the driver of the No. 22 Team Penske Ford to the rear of the field for a restart on Lap 138.

[adinserter name="GOOGLE AD"]After Logano drove through the field and regained his track position, a broken jack during a yellow-flag pit stop on Lap 268 dropped him to 18th for a Lap 272 restart. By staying on the track while other lead-lap cars pitted under caution on Lap 279, Logano moved up to third in the running order, and on Lap 293, he passed teammate Brad Keselowski for the lead and took control of the race.

“Man, we had a really good car, really good Shellâ€'Pennzoil Mustang," said Logano, who won for the second time with new crew chief Paul Wolfe after an offseason personnel shakeup at Team Penske. “We had more things go wrong today. Unfortunate situation with the jack breaking. No one’s fault.

“Had some good restarts, got ourselves back up there, being aggressive, having some tires there towards the end. I knew racing Kevin was going to be hard. I was figuring I was going to get hit, so I throttled up in the corner so much, I thought he was going to give me the bumpâ€'andâ€'run, which I expected, wouldn’t blame him for."

With arguably the fastest car, Harvick got bottled up in traffic on the Lap 272 restart and never regained the top spot. Logano controlled the final two restarts, including the overtime, chose the bottom lane and cut the dogleg just beyond the start-finish line to maintain his lead.

“He just had control of the race," Harvick said. “After we pitted there (on Lap 268), I got stuck behind a couple of cars there, lost five or six spots. He got by and got control of the race. He got to restart where he wanted to.

“Our Jimmy John’s Ford was better, especially when we could put it in front of his. We just didn’t get the control of the race back there, and he was able to get by us on that restart where I got hung up."

“There at the end, obviously, making up some good spots on the bottom when everybody would get bottled up there mid-pack… but once you get closer to the front, it’s hard to make up those spots anymore on the bottom anymore like we were," Busch said. “The guys did a great job. We weren’t very good when we unloaded (on Friday), we made a lot of ground, but still not enough ground as I would have wanted to race with some of the top guys. I felt like we were a fifth- or sixth-place car probably, and we were able to come out with a third. Good for us with that effort. We need some points right now. We have to climb the ladder back and get back where we need to be."

Brad Keselowski benefitted from a loose wheel for Chase Elliott to take the lead on Lap 156 and cruise to the Stage 2 win in the FanShield 500 on Sunday at Phoenix Raceway. For Keselowski, it was his first stage win of the 2020 NASCAR Cup Series season and marked quite a comeback from a Stage 1 incident that also involved Denny Hamlin and knocked Ryan Blaney out of the race.

Kevin Harvick, the winner of Stage 1, continued to show speed in Stage 2 by finishing second. Harvick lost the lead on Lap 132 to Elliott because of a slow pit stop, dropping back to sixth place, but he rebounded nicely toward the end of the stage.

Speaking of comebacks and rebounding, Martin Truex Jr. finished third in Stage 2 after starting the race at the rear for an engine change earlier in the weekend. Truex briefly held the lead in Stage 2 (Laps 138-140) when he passed to the inside of Keselowski and Elliott, who came close to banging doors while battling on the outside for the lead.