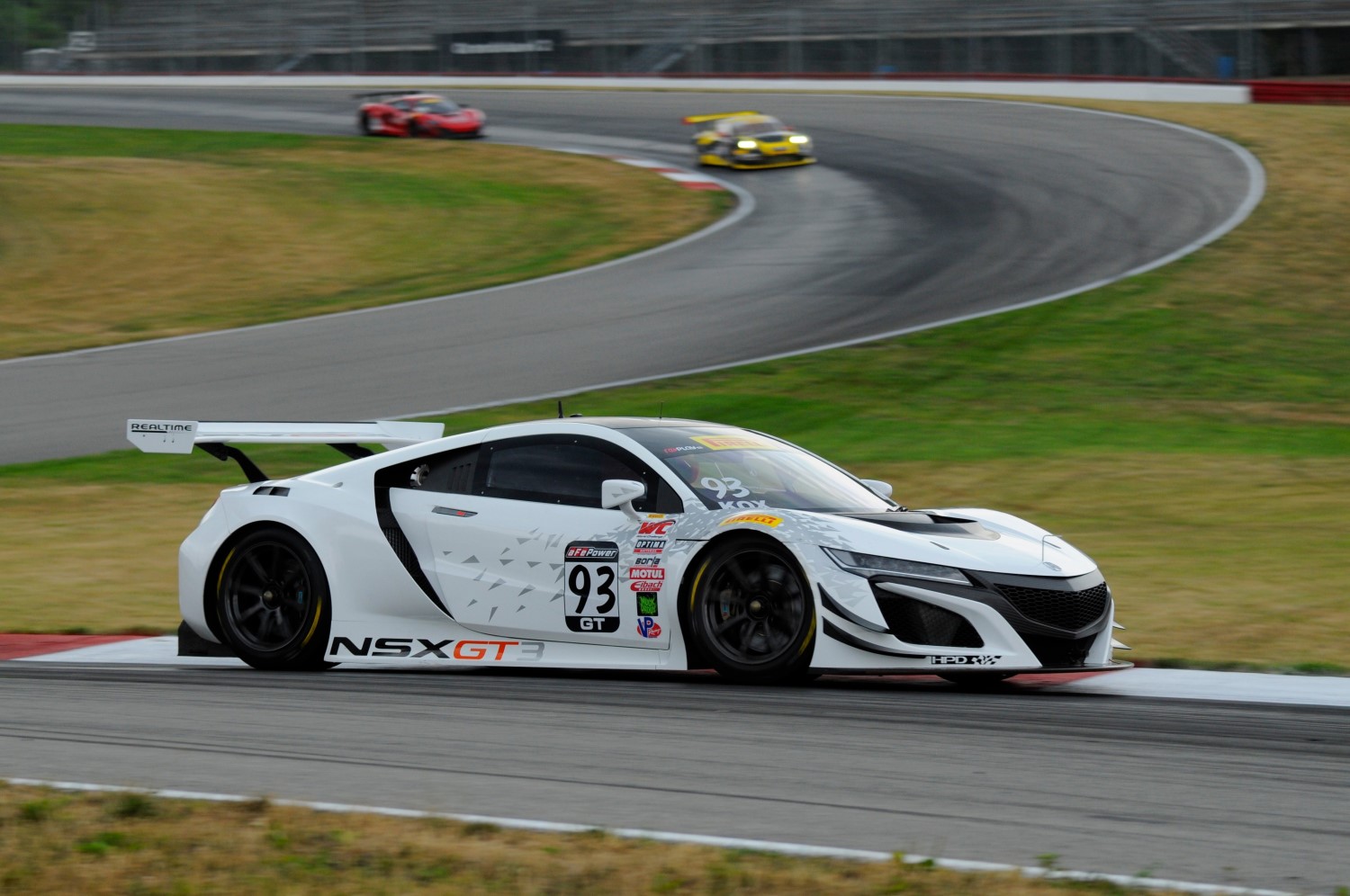 Acura Motorsports today announced that Michael Shank Racing will lead the company’s effort in the 2017 IMSA WeatherTech SportsCar Championship, while RealTime Racing will continue to head the manufacturer’s attack in the SCCA Pirelli World Challenge. Each team will field a pair of new Acura NSX GT3 race cars, now being prepared for FIA homologation.

â€‹Long-time Acura Motorsports partner RealTime Racing will again contest the Pirelli World Challenge, switching to the new NSX GT3 from the Acura TLX GT, which the Wisconsin-based team has used to record three victories during the past two seasons in the highly-competitive sprint-race series. RealTime has a long history of success in racing a wide range of Acura and Honda products, including 88 World Challenge race victories and 14 championships since 1993.

â€‹Operating for the past two seasons as a customer team fielding a Honda-powered Ligier chassis in IMSA’s prototype division, Michael Shank Racing has been a consistent front-runner in the headline category of the WeatherTech SportsCar Championship, with five 2016 podium finishes in eight events this season. The Columbus, Ohio-based operation will run a pair of Acura NSX GT3s in the GTD class of the endurance racing series.

â€‹“The NSX was designed as a pinnacle expression of Acura Precision Crafted Performance, and we’re looking forward to proving its ultimate performance capabilities in GT3 competition," said Art St. Cyr, president of Honda Performance Development, which will oversee the Acura Motorsports GT3 effort. “By continuing our longtime partnership with RealTime Racing in the Pirelli World Challenge and extending our association with Michael Shank Racing in the WeatherTech SportsCar Championship, we plan to build on Acura’s long tradition of success in North American sports car racing."

â€‹Initial development of the NSX GT3 was conducted by the company’s Japanese race engineering arm, with testing on race circuits in Europe and Japan. Additional development, testing and final homologation to FIA GT3 global racing specifications is currently being undertaken by HPD in conjunction with RealTime and Michael Shank Racing.

â€‹“To say that we're thrilled to be a part of the Acura Motorsports program in 2017 would be a massive understatement," said MSR team owner Michael Shank. “This is a huge step forward in the development of our team, and we’re looking forward to working with HPD to add to Acura’s history of success in North American endurance racing."

â€‹RealTime founder Peter Cunningham is enthused about continuing his team’s long-term relationship with Acura, including 14 victories in World Challenge competition with the first-generation NSX and winning the 1997 GT championship. “After personally being involved with the initial track testing and racing of the first generation Acura NSX 26 years ago, it is a great honor for my team and I to have this opportunity with the NSX GT3 program," he said. “The new generation NSX is an incredible machine, and will be a great platform for RealTime and Acura to contend for the 2017 Pirelli World Challenge title."

The Acura NSX GT3 racecar features custom bodywork and aero components including a rear wing, underbody diffuser and enlarged hood vents for efficient engine cooling. The NSX GT3 will be powered by a 3.5-liter, 75-degree, twin-turbocharged DOHC V-6 engine using the same design specifications as the engine in the production 2017 Acura NSX, including the block, heads, valve train, crankshaft, pistons and dry-sump lubrication system. The engine will be paired with a 6-speed, sequential-shift racing gearbox, delivering power to the rear wheels.

The NSX GT3 will utilize the production NSX’s ultra-rigid and lightweight multi-material body with aluminum-intensive space frame, which is produced by the Performance Manufacturing Center in Ohio, the exclusive manufacturing home for the new Acura NSX. Its twin-turbocharged V-6 engine will also be manufactured in Ohio. Acura products are produced using domestic and globally sourced parts.

â€‹The Acura NSX GT3 car will attempt to add to a rich legacy of Acura sports car racing campaigns and championships, including the 1991, 1992 and 1993 IMSA Camel Lights manufacturer and driver championships, and the 2009 American Le Mans Series manufacturer, driver and team championships in both the LMP1 and LMP2 classes. Acura currently campaigns a pair of Acura TLX GT cars with Real Time Racing in the Pirelli World Challenge.