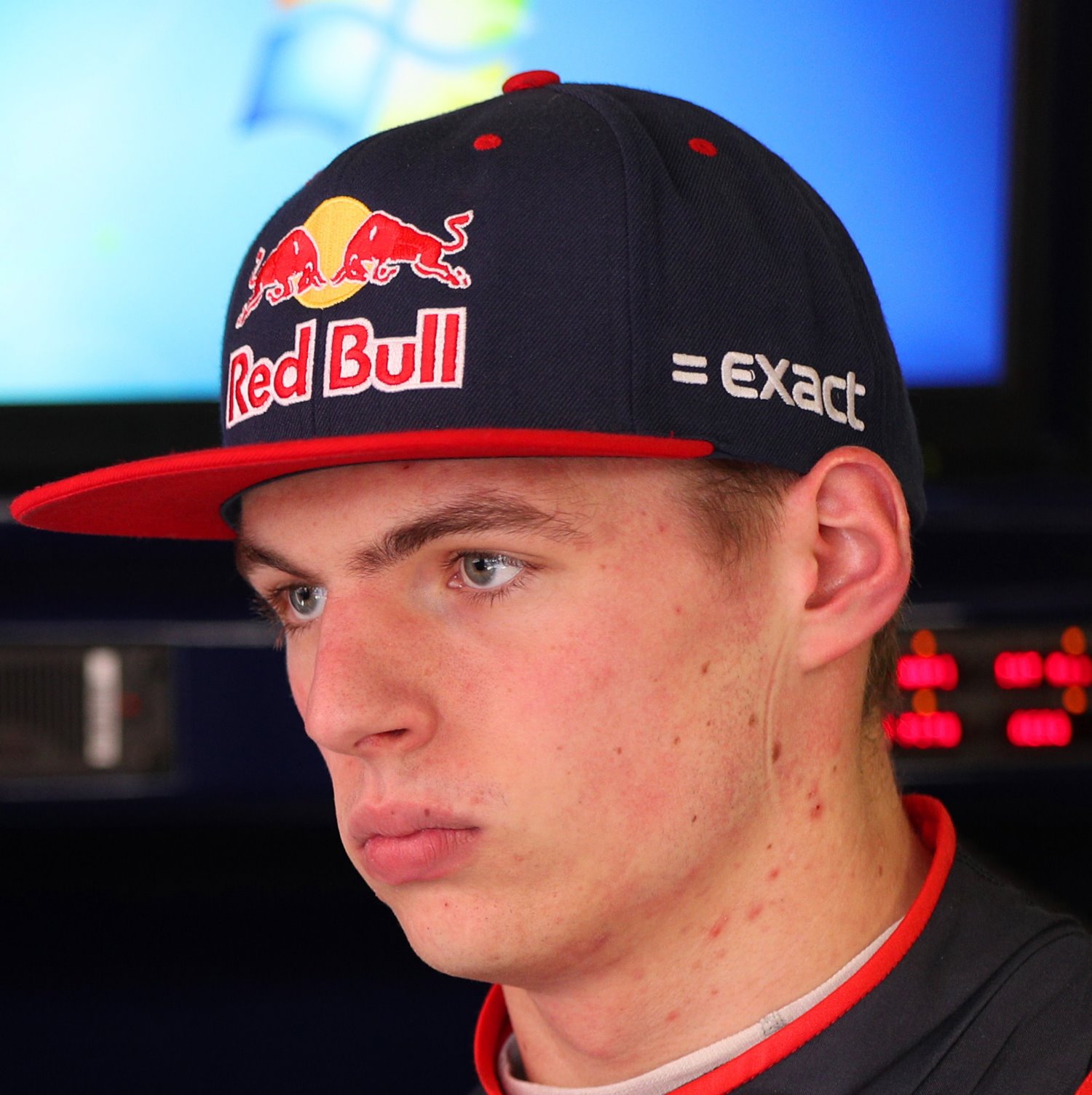 The leading positions changed regularly during the opening 90-minute running, held in twilight conditions at Marina Bay, before Verstappen moved clear up front.

The Dutch youngster, who earlier clipped the wall exiting Turn 21, registered a time of 1:45.823, 0.049s faster than Ricciardo, as both set their quickest laps on Pirelli's Ultra Soft tire.

Vettel was third quickest for Ferrari, 0.464s down on Verstappen, as he also recorded his best lap on the Ultra Soft tire, via a brush with the wall at Turn 21.

Hamilton and Rosberg both improved their times later in the session as they elected to run the Soft compound tire, winding up six-tenths of a second down on Verstappen in fourth and fifth respectively.

Rosberg ended his session in the garage after he ran straight on at Turn 18 with 10 minutes remaining and nosed the barriers, with his Mercedes W07 Hybrid suffering front wing damage.

Rosberg was able to recover to the pit lane, where Mercedes' mechanics tended to his wounded car.

Kimi Raikkonen was sixth quickest in the sister Ferrari as he made improvements late in the session.

Toro Rosso drivers Carlos Sainz Jr. and Daniil Kvyat completed their early runs on the Super Soft tires, and there was an early prang for the Spaniard.

Sainz Jr. clipped the pit wall as he exited the Toro Rosso garage, causing minor damage to the right hand side of his front wing endplate.

Sainz Jr. recovered to finish seventh quickest, with team-mate Kvyat in eighth, after both switched to the Ultra Soft compound.

Williams' Felipe Massa was ninth, having set his best time on the Super Soft tires, as Esteban Gutiérrez completed the top 10 for Haas.

McLaren's Fernando Alonso and Force India's Nico HÃ¼lkenberg both ran the halo and finished 11th and 13th respectively, sandwiching the other Force India of Sergio Pérez.

Valtteri Bottas was 14th, ahead of Felipe Nasr and Jenson Button, who stopped exiting Turn 21 during the opening minutes of the session.

Marshals were given permission to push Button's McLaren the short distance back to the pit lane and he was able to return to action later in the session.

Renault finished 17th and 18th, with Jolyon Palmer half a second ahead of Kevin Magnussen, as Pascal Wehrlein finished 19th for Manor.

Romain Grosjean was unable to set a lap time after Haas noticed low intake pressure on his VF-16 and had to investigate a possible leak, ending his session prematurely.