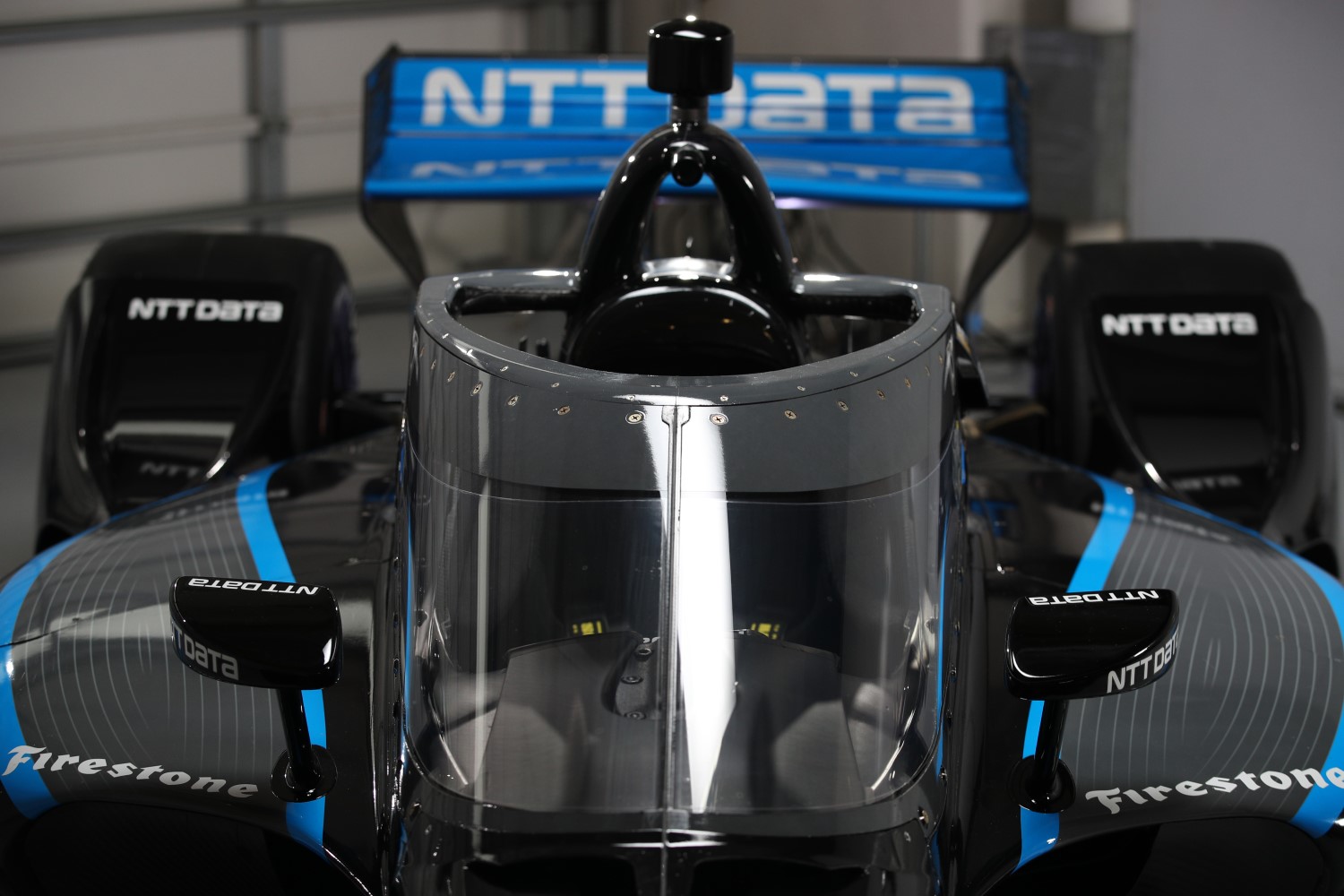 Overview
The Aeroscreen is a safety innovation for enhanced driver cockpit protection that will make its race debut in the 2020 NTT INDYCAR SERIES season, beginning with the Firestone Grand Prix of St. Petersburg on Sunday, March 15. The safety feature is a ballistic, canopy-like windscreen anchored by titanium framework encompassing the cockpit. INDYCAR has mandated its use by all teams at all track disciplines (ovals, permanent road courses and temporary street circuits).

Timeline
INDYCAR partnered with Red Bull Advanced Technologies on the Aeroscreen and in just over four months the safety innovation went from a concept to being tested on track. INDYCAR and RBAT announced the partnership during the 2019 Indianapolis 500 weekend in May, and the Aeroscreen had its first on-track test on October 2. That initial test was held at Indianapolis Motor Speedway with Chip Ganassi Racing’s Scott Dixon and Team Penske’s Will Power. More on-track tests with additional drivers followed at Barber Motorsports Park, Richmond Raceway and Sebring International Raceway over the course of a month to simulate the other type of disciplines the NTT INDYCAR SERIES competes on.

Quotes
“I don’t think any stone has been left unturned, but we will continue to fine tune it. The Aeroscreen is an industry-changing, total driver safety solution." – INDYCAR President Jay Frye.

“Since the first prototypes were developed and demonstrated in 2016, the potential of Aeroscreen to improve the safety for drivers in the event of frontal impacts in the cockpit area of cars has been clear. This new partnership with INDYCAR gives us at Red Bull Advanced Technologies the go-ahead to fully explore that potential, and to deliver a protection system that will help prevent serious injuries and potentially save lives in the U.S.’ premier single-seater series. We’re looking forward to seeing the results race in 2020." – Red Bull Advanced Technologies CEO and Red Bull Team Principal Christian Horner.