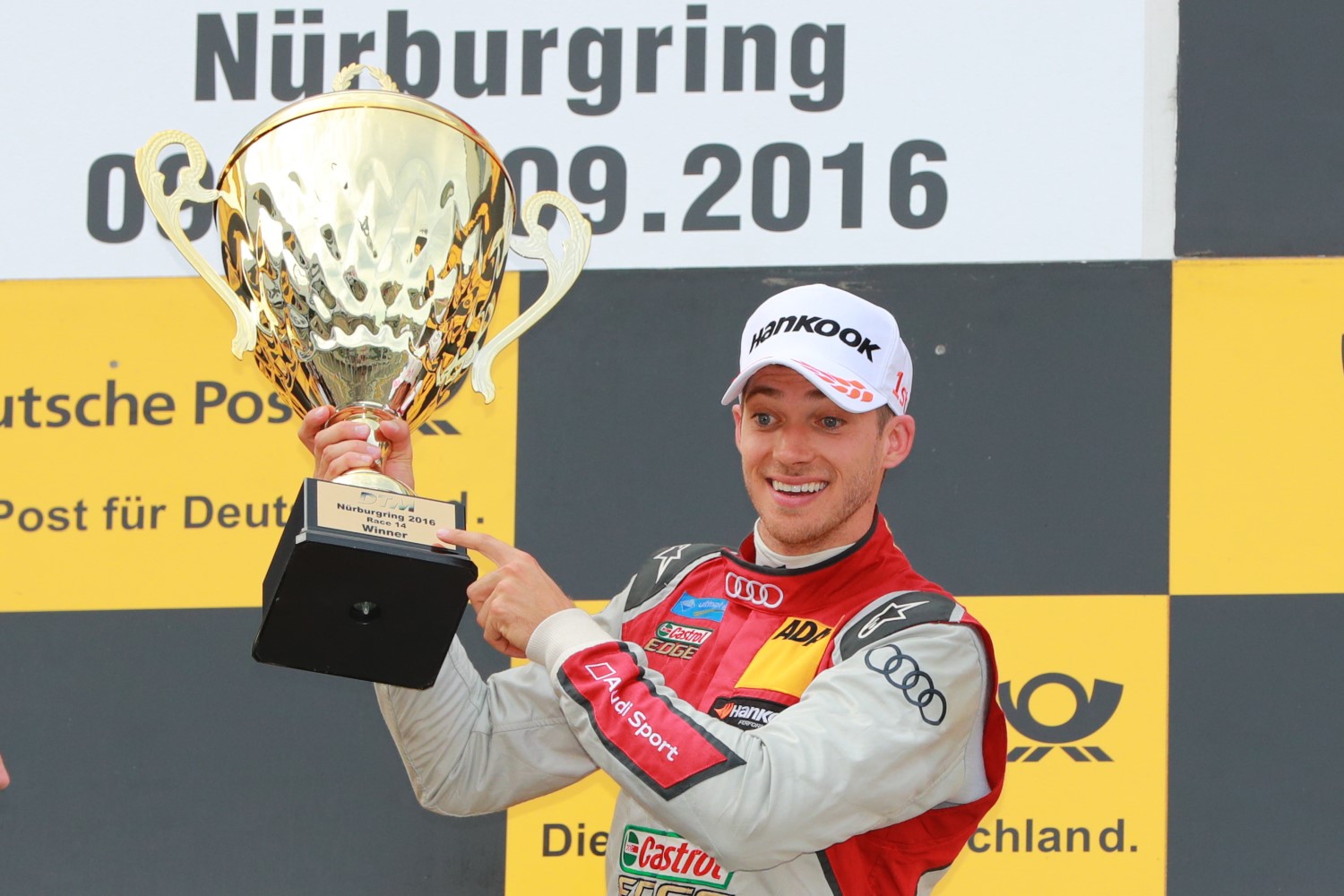 A good start and a perfect strategy were the keys to success for Edoardo Mortara's third race win of the current season. The Audi driver won the 14th DTM race of the season at the Nurburgring in a dominant way and thus moved up to second in the drivers' standings. Lucas Auer, who had started from pole position with his Mercedes-AMG C 63 DTM, finished second from BMW driver Marco Wittmann. With his third place, the latter defended his lead in the drivers' standings. The race weekend at the Nurburgring attracted 72,500 spectators.

"That was a great Sunday race," Mortara summed up the day at the finish. "Our car is running in a great way, even though we weren't able to show that yesterday. Of course, I am very happy with today's result."

At the start, Mortara was already able to make up two positions and move up into fourth place. With a long first stint and after a quick pit stop on lap 28, he rejoined the race immediately behind Auer. Seven laps later, he took the lead and then drove an undisputed victory home. It was the 50th DTM race win for the Audi Team Abt Sportsline from Kempten in the Allgau.

"On the last lap, I was even able to jest a little with my team over the radio," said Mortara. "In qualifying, we were struggling a bit, but on used tires, my car was perfect the whole weekend. The only critical moment was the pit stop when I nearly slipped off track on entering the pit lane – that was really hairy."

Auer, who crossed the finish line 3.726 seconds behind the winner, finished 3.800 seconds clear of third-placed Marco Wittmann. The latter still saw his podium finish under threat as Mattias Ekstrom came very close on the final lap. However, Wittmann managed to bring his position home with a margin of 0.323 seconds. The BMW driver was accordingly delighted: “At the end, it was really close, but I am happy with the race. The early pit stop certainly was a slight disadvantage. All in all, however, it was a nearly perfect weekend for me and for my team RMG."

In the DTM drivers' standings after 14 of 18 races, Marco Wittmann remains in the lead with 170 points. Edoardo Mortara is now second with 137 points, followed by Robert Wickens (120 points), who dropped to third. Finishing 14th in the race on Sunday, the Canadian failed to score any points, just like Jamie Green (119 points). Following a collision with Gary Paffett, Green had to come in for a drive-through penalty and only finished 17th.

The 15th and 16th race of the DTM season will be held at the Hungaroring near Budapest, September 23-25.