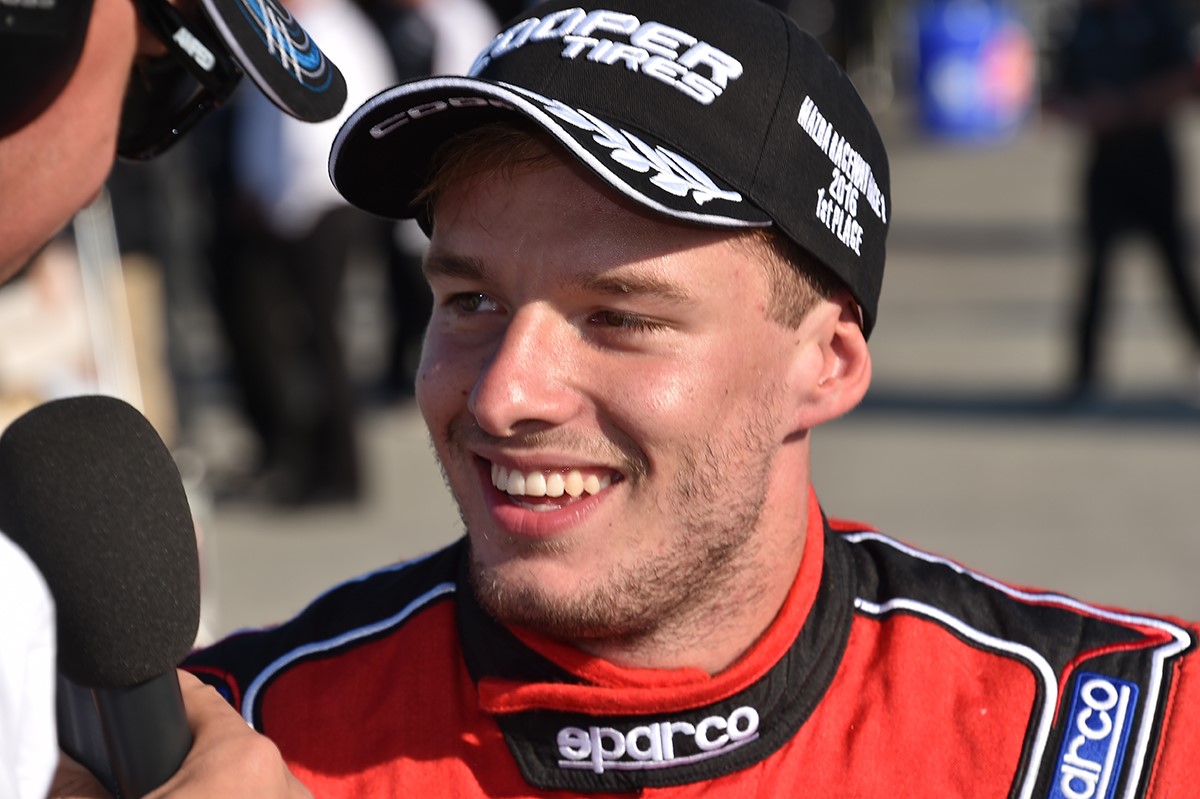 Instead the outcome — and a Mazda Scholarship to graduate into the Pro Mazda Championship Presented by Cooper Tires, the next level of the acclaimed Mazda Road to Indy Presented by Cooper Tires, in 2017 — will be settled in tomorrow's 16th and final race between Cape Motorsports with Wayne Taylor Racing teammates Anthony Martin, from Kalgoorlie, Australia, and Parker Thompson, from Red Deer, Alb., Canada, who completed today's podium.

Franzoni, 20, from Sao Paulo, Brazil, was in imperious form. He qualified squarely on pole position, for the first time this season, then catapulted immediately into the lead and was never seriously challenged. In fact, his performance was reminiscent of so many dominant runs in recent seasons by the Cape Motorsports team, which is already assured of its sixth successive USF2000 drivers' championship. Franzoni eased off on the final lap, assured of his second win of the season, but still finished a staggering 12.9597 seconds clear of the field.

Meanwhile, title rivals and teammates Martin and Thompson were left to squabble over the scraps this afternoon. Thompson's desperate lunge under braking for Turn Two on the opening lap was enough to move him ahead of Martin into second, but only for mere moments as he understeered wide in the middle of the corner and was promptly repassed.

Martin seemed to have the measure of Thompson over the first few laps, but then the Canadian homed back in again, and on Lap 11 he executed a strong maneuver as the pair climbed the hill toward Turn Six. Once into second place, Thompson edged clear to finish second for the third successive race.

Rather than settle into a comfortable rhythm to claim yet another podium finish, secure in the knowledge that his championship lead would remain intact, by an 18-point margin, 369-351, Martin instead had his work cut out to remain ahead of a race-long scrap between fellow Australians Luke Gabin (JAY Motorsports) and Jordan Lloyd (Pabst Racing).

Tomorrow's season finale will start at 11:30 am PDT.

Victor Franzoni (#9 Rotary Systems Inc./Novac Sports ArmsUp Motorsports): "I had such a good car today; I'm so happy to get another win in USF2000! My work with ArmsUp this year has been great. We struggled early in the season but they have given me a great car this weekend. We just kept finding more and more, and in the race I was trying to beat my qualifying time. I don't have any chance for the championship now but even so I'm really happy. It's the last race for this car (with the new Tatuus USF-17 being introduced next season), and if we finish the weekend the way we've started, it's going to be great."