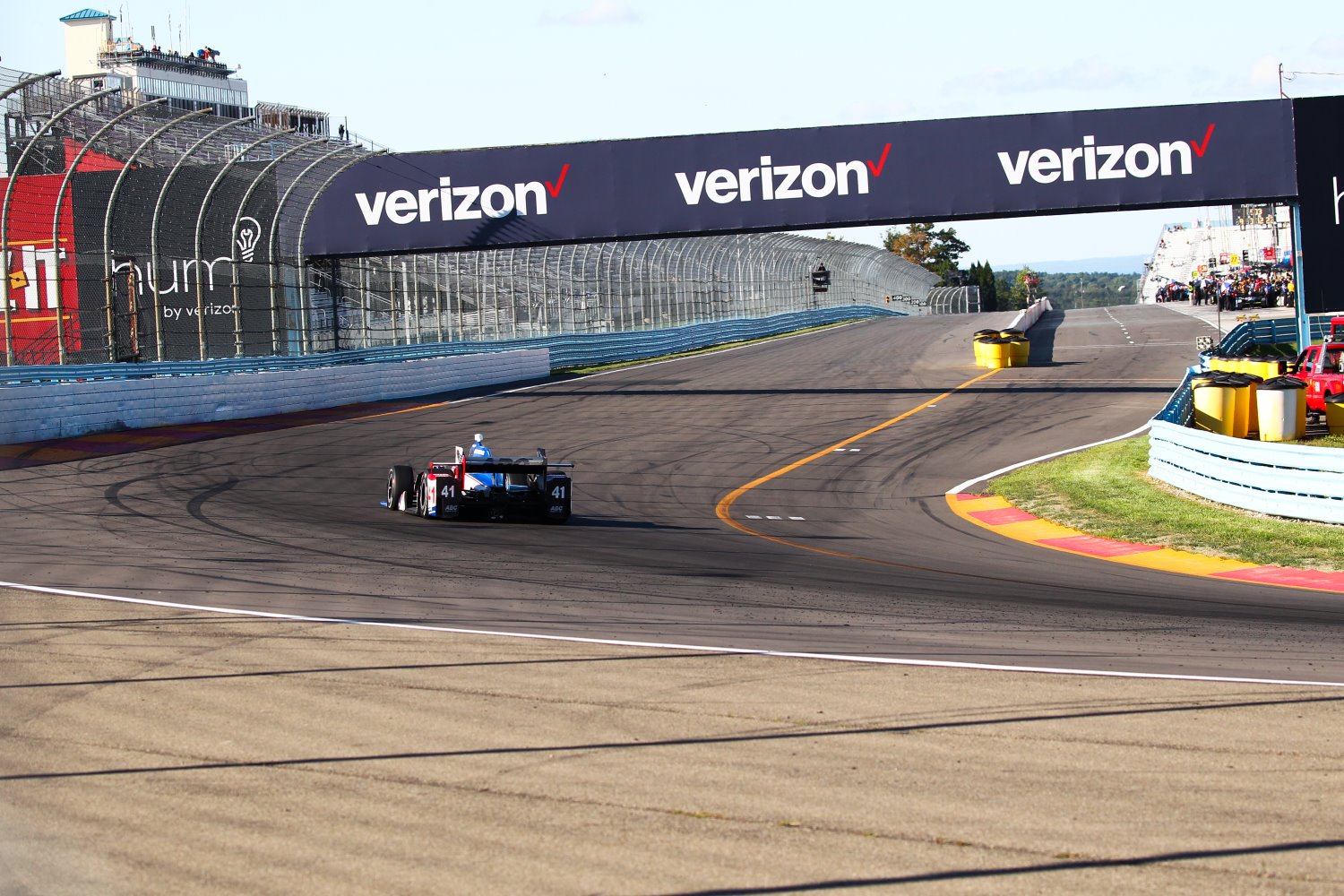 It's a cool, foggy morning here in the Finger Lakes region of New York. Temperatures dipped into the 50s, and as I write here at 8 a.m. local time it is 54 degrees. The sun however is peeking out and the fog beginning to burn off. We expect temperatures to climb to the mid 70s midday. And while tropical storm Hermine is moving up the east coast towards New York, Watkins Glen is far inland, and should be unaffected by they storm.

Driving around the track yesterday proved that the decision to return to the Glen this weekend was a good one. The campsites are all sold out for the weekend. There are a few grandstands around the track, but there are smaller then at most tracks. The fans we spoke with who have attended multiple races here say they often move around the circuit to take in the different corners. We decided to do this for ourselves yesterday.

Senior columnist Brian Carroccio did some scouting of the circuit during second practice yesterday. Here's what he had to say about the different corners.

On Turn 1: "The braking point is super-late – like just before the 50 yard marker. They're hoping that will be a passing zone, but I'm not sure I see it."

On the Bus Stop: "The change of direction at speed is an impressive visual. The cars come through so fast yet change direction like slot cars."

On The Boot: "I stood at the exit of The Boot, and let me tell you television does not do the elevation change justice. the drivers go down, then back up, then have a left-hander, which due to the elevation changes is partially blind. Guys seemed to be playing with their lines looking for grip. Purely off the eye test, the guys who looked smooth were Jack Hawksworth and Scott Dixon. Newgarden seemed to be really testing out different lines."

As for a driver perspective, Helio Castroneves, driver of the No. 3 Hitachi Team Penske Chevrolet, had this to say after being 2nd fastest in practice yesterday. "I have to say that it's amazing. I'm not sure what he (Dixon) feels, but amazing how many G-force we're pulling in the Carousel. I literally feel my face going like this. You know, it's like an amazing experience, and what a lot of fun this place is. It's unbelievable. I wish you guys were standing, like I said — actually as Dario said, standing in Turn 5, which is the Carousel, because you guys are going to see how fast the Verizon IndyCar Series goes in that corner. Every time the Firestone tires, you put new tires, the track changed. I mean, we started turning lap 80 — 84s and then 83s, now only this guy (Scott Dixon) did 82. But it just goes to show that — I mean, I believe tomorrow is going to be on the lows 82, if not 81s, as well."

Scott Dixon, who was the fastest in both practice sessions yesterday, had this to say about the alternate red tires that will be used in the qualifying sessions today.

"I think the reds are incremental. We're not going to see a five-second gain. It's going to be maybe a second or something. So the loads will go up a little bit, but it's not for a sustained length. Yeah, I don't know. It'll be interesting because I think some people may have run the reds at different tests here just because they brought different tires. You know, it is tough not being able to run during any of the practice times, especially for the rookies. Their first time typically for any track on a red tire is Q1. It's definitely an eye opener when you get that amount of grip strapped on. I know there's talks in the future to maybe have more red sets for practice on Friday, which I think would be a good addition."

Today's practice session will start at 11 am with qualifying set to begin at 3 p.m.

More updates as the day goes…