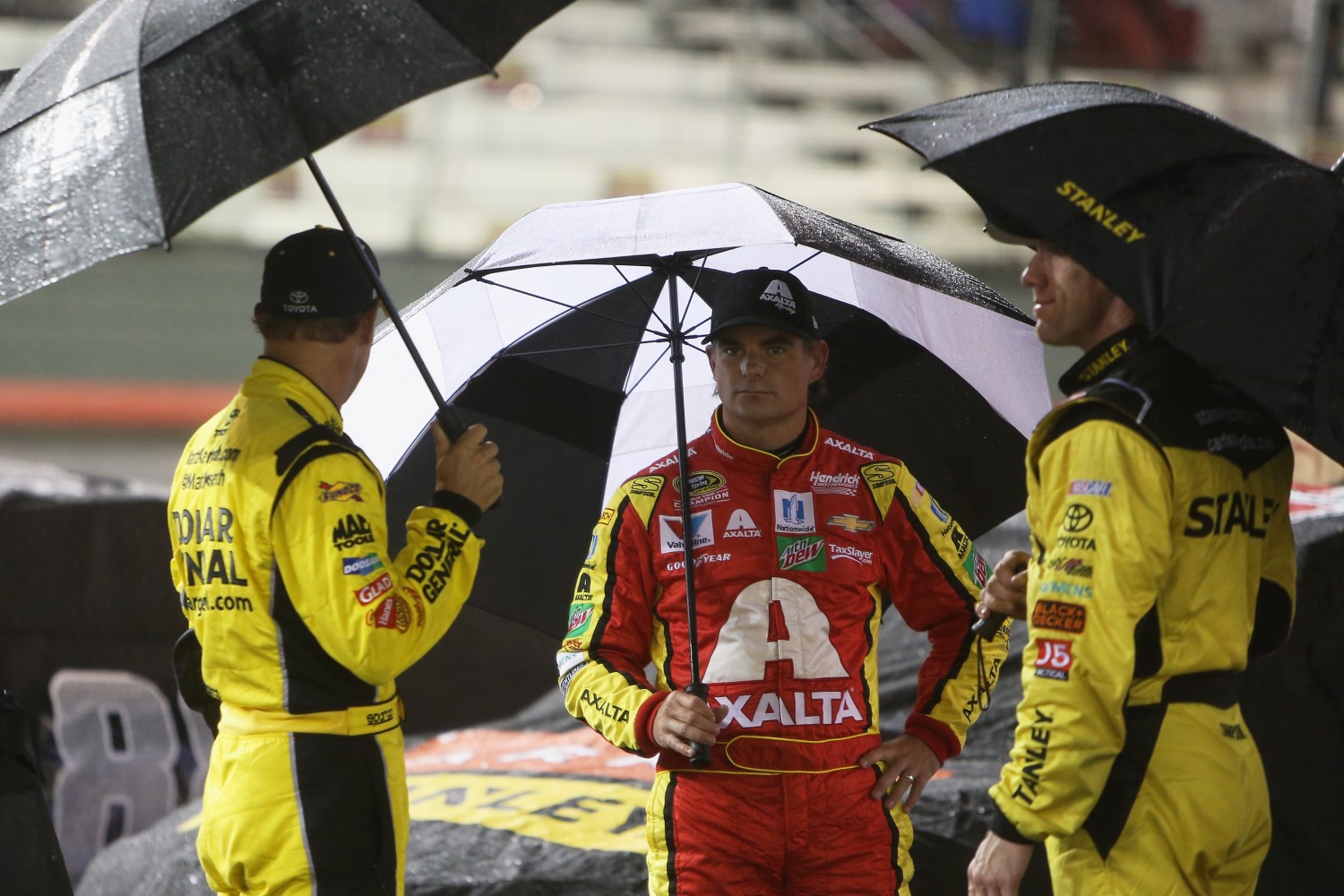 The race, when it does resume, can be seen on CNBC while radio networks PRN and SiriusXM NASCAR are also providing coverage.

Records indicate this is the first time the annual night race at BMS has been run the following day since the track moved the event under the lights in 1978. NASCAR Hall of Fame member Cale Yarborough won that event, then known as the Volunteer 500.

It is the third time this season a race has been delayed one day due to rain, with the other two both coming at Pocono Raceway.