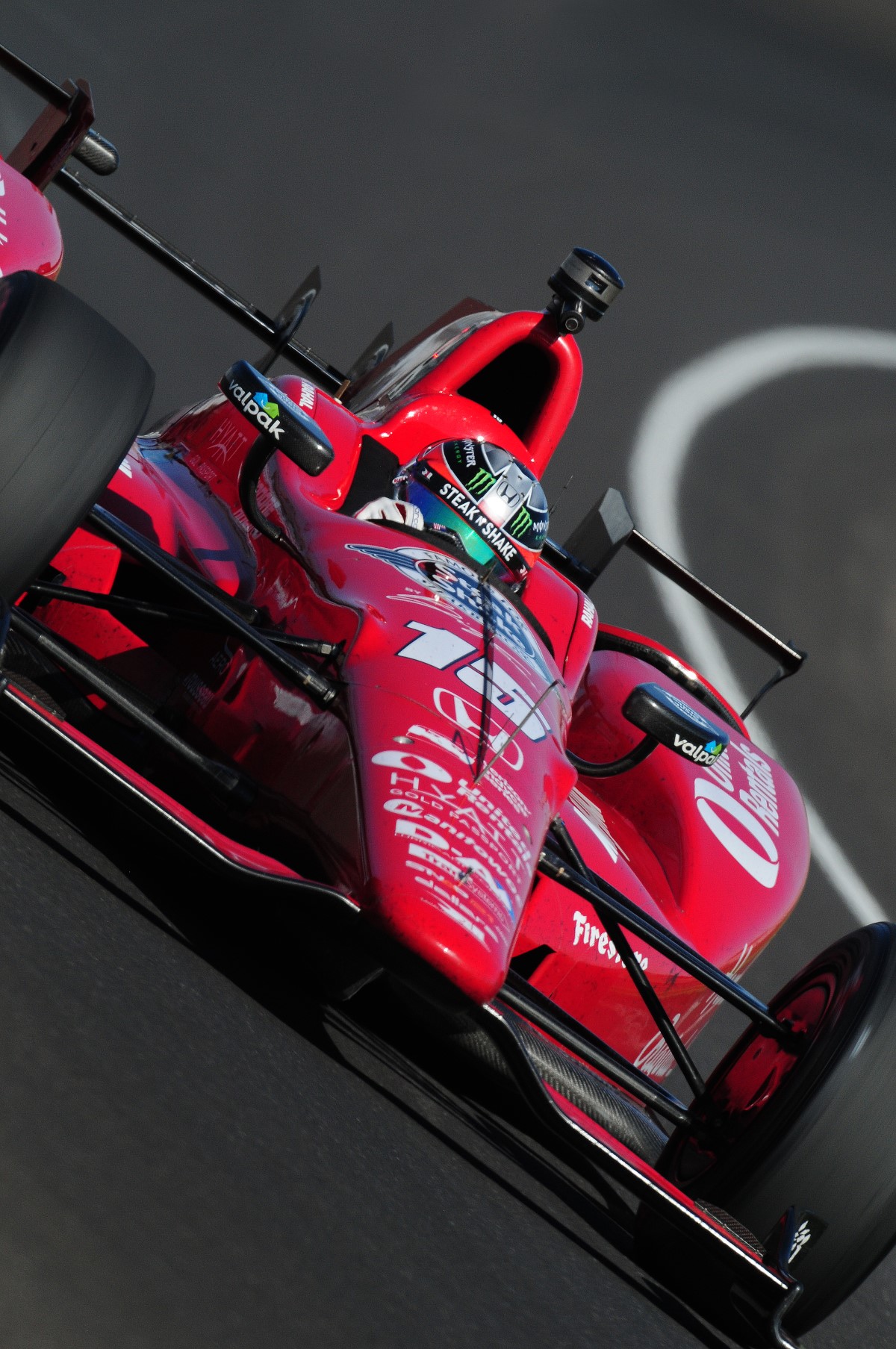 The American was fresh off his dream home race win at the Mid-Ohio Sports Car Course, and had closed to within nine points of then-points leader Juan Pablo Montoya with two races left in the 2015 Verizon IndyCar Series season.

Of course, it all went away when Tristan Vautier made a perhaps over-ambitious passing maneuver into Turn 3, collected Rahal, and took them both out of the Pocono race.

This year, Rahal is out of realistic title contention in ninth place with four races remaining in the season, but still only 49 points out of third place.

A strong weekend at Pocono (Sunday, 3 p.m. ET, NBCSN) RLLwould help the driver of the No. 15 Bobby Rahal Automotive Group Honda for Rahal Letterman Lanigan Racing get some points relief after a year that’s been high on pace but low on luck.

Rahal tested at both Pocono and the Indianapolis Motor Speedway in the last couple weeks and is confident the RLL team found what ailed them for their big oval package, after a tough Indianapolis 500 earlier this year.

“It was good testing as we did Pocono, and then Indy a couple days later," Rahal told NBC Sports. “Both of those, we learned quite a lot.

“I’m a little bit worried about our qualifying pace at Pocono. In race trim should be OK. Whenever we tried to trim out… we weren’t building enough speed on straightaways. But we weren’t fully trimmed to the max. It was good info gathering.

“I think we found some of that from an aero standpoint… and why we were so draggy at Indy. The balance wasn’t bad, but I couldn’t suck up on straightaways. When you need to pass, that’s what you rely on."

Rahal is also hopeful Honda, whose only win in 2016 came at the ‘500 courtesy of Alexander Rossi, will be able to back up its big oval pace and performance again this weekend.

Honda has won the last three 500-mile races; Rahal won at Fontana and Ryan Hunter-Reay at Pocono last year, before Rossi won this year at Indy.

“I hope so. I know [Honda] were strong at Indy," Rahal said. “But you never know. Chevy never stops developing. We don’t know what they have in store.

“We have to stay strong and have a good solid weekend. We need a good weekend because we haven’t had many this year." Tony DiZinno/NBC Sports