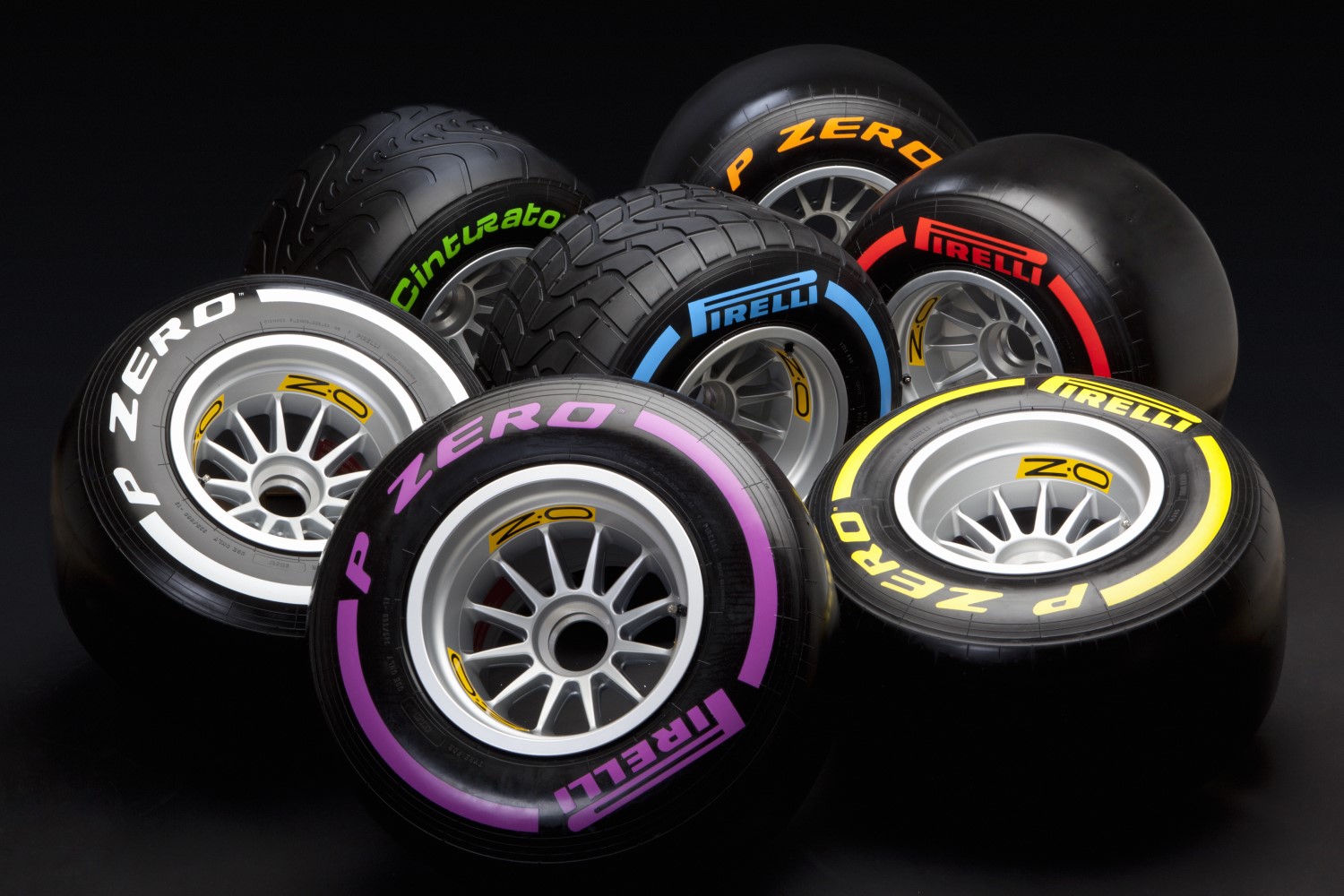 Tires to blame for F1 rain delays – Massa
(GMM) Pirelli has hit back at claims it is to blame for the dearth of wet-weather racing in formula one today.

Whilst safety standards in the sport have steadily improved, the other trend of the last decade is that F1 race director Charlie Whiting is increasingly prone to halting track action in the event of rain.

F1 veteran Felipe Massa said that is because of Pirelli's rain tires.

"The problem we have is the aquaplaning on these tires," he is quoted by Brazil's UOL.

But Pirelli chief Mario Isola hit back at that sort of claim.

"The rain tires are designed to run on a wet track," he insisted.

"We have already shown in situations like practice in the US GP, with heavy rain, the tires work in this type of condition. What we have seen is many races stopped because of visibility," Isola argued.

The other theory is that Whiting and the FIA are simply increasingly reluctant to let drivers take too many risks in wet weather.

"I think we are considering a safety margin that is greater than normal," said Sauber driver Felipe Nasr.

"The best example is the British grand prix, where we, the drivers, felt that we could have gone at least two laps earlier. It's the FIA who decides, but we already expressed our opinion to them about that," he added.

One proposed solution by the FIA is that, in the event of a safety car start, the cars will in future be returned to the grid when the track is safe for a normal standing start.

"Everyone seems to agree with that," admitted Whiting.

Interestingly, Whiting also seemed to side with Massa over the issue of Pirelli's wet tires.

"We know that the drivers don't like driving on the wet weather tires," he said. "They don't have such a tread depth and then they start aquaplaning — these are all the things we have to take into account.

"We know that driving in the wet is not easy, but it never has been and there is no suggestion that we're doing it for any other reason than to try and make sure that the drivers don't aquaplane," Whiting added.

F1 'not the priority' for Lamborghini – Domenicali
(GMM) Stefano Domenicali says Lamborghini will not be entering formula one any time soon.

After losing his role as Ferrari team boss in 2014, the Italian was snapped up by VW-owned Audi and subsequently made CEO of Audi-owned Lamborghini.

But as for the Italian supercar maker entering F1, Domenicali has now told Autosprint: "I have to say this is not the priority today, because we have other priorities above this.

"We also have a system that is working really well in racing, and credit for that goes to all of the people who have chosen the sports program very well," he added.

"However, you cannot think of a brand like Lamborghini without motor sport," Domenicali added.

Domenicali, 51, worked at Ferrari for over 20 years but he says he has no regrets about the progression of his career.

"If I look at my experience in F1, for me it was an extraordinary period that I carry inside me that is absolutely unforgettable," he told the Italian magazine.

"I never fail to thank those who trusted me in the past. But this is part of my life now. Today, we are focused on a new challenge that I have to say is just as inspiring and beautiful, but in a different dimension," said Domenicali.

The summer slumber enjoyed by F1 teams and drivers will end next week when the sport heads to the fabled and popular Spa circuit.

"We are 25pc ahead compared to last year, which was already a good year," he added. "All the stands are sold out. There are only general admission tickets for sale on site at the new counter at the La Source gate."

But Mas admitted that with the bigger crowd comes bigger concerns, particularly amid the current high threat of terrorism in Europe and Belgium.

"Like all popular events that bring together tens of thousands of people, we have strict instructions relating to alert level 3 and the recent unfortunate events in our country and elsewhere," he said.

"After what happened in Nice, we have to separate pedestrian areas from vehicle traffic lanes, so we removed for example all of the shopping areas in front of La Source," Mas revealed.

"We have committed a lot of additional controllers to inspect bags and refrigerated boxes, but also to do body searches if deemed necessary. We have received the backing of the army to help us ensure maximum safety at the site," he added.

"For us, safety is a priority. The public can come without any fear."

The Russian driver scored a podium finish at the Chinese Grand Prix with Red Bull, but a number of mistakes after that saw the team promote Max Verstappen at the Spanish round, whilst Kvyat took up Verstappen's Toro Rosso seat.

Kvyat has scored just two points since, compared to team-mate Carlos Sainz who has scored 24 during their time together.

Kvyat believes the confidence knock can make him stronger in the long-run, but first he must rediscover his passion for driving.

"They [Red Bull] made me a really strong driver but now I'm not so strong because of all these things that happened a few months ago but it's not an excuse," he is quoted as saying by Autosport.

"These things in the end should make me stronger again but of course the whole situation made me reflect on things and it's not easy.

"It made me stop enjoying it for a while but now I need to get the enjoyment back and love what I do again."

Kvyat insists things are improving already and will continue to do so over the remaining nine races as he settles back into the Toro Rosso environment.
"Hopefully there are better things to come," he said.

"You have to be happy with the car, you have to be confident you are working together well, between driver and engineer.

"I feel we are improving that, step by step, and once we become confident about the things we have learned and build confidence in the car, it should be a good thing.

"The results are the best feedback to myself and to everyone else."

Ocon set to use number 31 in Formula 1
Manor has confirmed that new arrival Esteban Ocon will use #31 as his Formula 1 number.

Ocon will make his Formula 1 debut with Manor at the Belgian Grand Prix, joining fellow Mercedes-backed Pascal Wehrlein, after Rio Haryanto failed to meet contractual demands and the team terminated his deal.

Ocon has so far spent 2016 racing in the DTM, where he will be replaced by Swedish racer Felix Rosenqvist, while also being loaned out to Renault as its reserve driver, which involved four free practice outings.

Haryanto has accepted Manor's offer of a reserve driver role for the remainder of the season.

Fry confident over Manor's 'sensible' plan
Manor engineering consultant Pat Fry has expressed confidence that the team will continue to gradually climb up the Formula 1 pecking order, given its "sensible, controlled" growth plan.

Manor, powered by Mercedes, has closed on the midfield in 2016, and registered its first point with Pascal Wehrlein at the Austrian Grand Prix, putting it ahead of Sauber in the standings.

Fry, formerly of Ferrari, is one of the big names to have joined Manor's set-up since its rebranding, and is hopeful that the outfit's upward trend will continue over the coming seasons.

"It's quite a large change from surviving through to competing," said Fry.

"It affects the whole organization, from what we are doing at the factory, from the wind tunnel to the design office, the reliability side of things and all the way through to the track, really.

"It has knock-on necessities where we need to improve everywhere through the organization.

"There's a plan for us to grow in a sensible, controlled way, but we need to address all those areas.

"Everything from pit-stop speed, which we were… to put it a polite way, it was challenging at the beginning of the year, with the same guys – it's all the detail work that you need to do and it just takes time.

"It's the same with putting the processes in place, so that you can keep a reliable car reliable."

"We're still quite small at the moment. We're growing quite quickly but we're still only [around] 170 people or something of that order, and our next competitor is the thick end of 500 people.

"There's a lot to do and we just have to have a sensible plan to grow the organization."

After Max Verstappen was promoted to Red Bull ahead of the Spanish Grand Prix, Sainz has been in fine form and has picked up 26 points in the eight races since then. His improvement saw Sainz linked to both Ferrari and Renault, and the Spaniard told F1i he feels Red Bull wanted to put an end to the reports.

"There were obviously many rumors going on at that time," Sainz said. "As I started to show my true performance some rumors came alive which were silenced very quickly by Red Bull by signing a contract.

"I felt very privileged when Red Bull executed the option on me so early in the season, I think I was probably one of the first drivers to be signed so early by such a tough team as Toro Rosso so this shows things were done really well during this period of time."

And Sainz insists proving Red Bull wrong for opting to promote Verstappen is not the driving force for him at this stage of his career.

"No I don’t think it’s my motivation. My main motivation has to be within the Toro Rosso team to extract the maximum potential of the car. Make sure every weekend I am the driver that is extracting the maximum out of the package I have.

"Recently I think that has been the case and that is why I am so happy but my intention is never to prove to Red Bull: ‘You got it wrong with Max, it’s me coming’. My intention is to be able one day whenever they have a chance again of promoting someone to make sure it’s me. That is my main target at the moment."