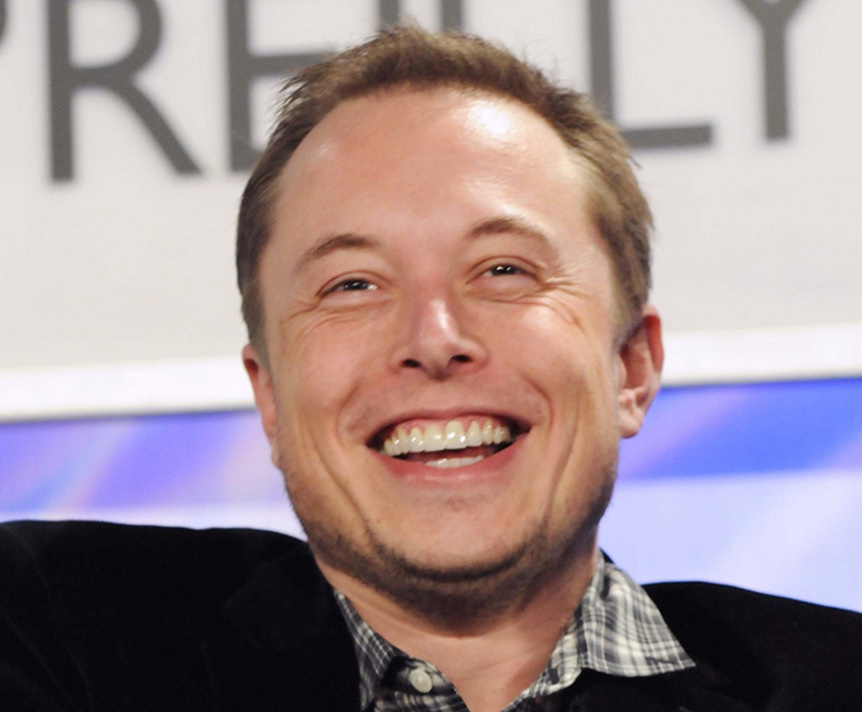 In May, Elon Musk made another of the bold projections that have become commonplace for the Tesla Motors Inc. chief executive when he said the electric car maker expected to deliver about 17,000 vehicles to buyers in the second quarter, its biggest ever writes Susan Pulliam, Mike Ramsey and Ianthe Jeanne Dugan of The Wall Street Journal.

In July, Tesla did something else that has become commonplace: It missed Mr. Musk's target. Tesla said it delivered 14,370 vehicles, blaming the 15% shortfall partly on cars that were still on trucks and ships at the end of June.

"I have never set a goal which I know is unrealistic, unless I have specifically said I know it's unrealistic," said Mr. Musk, 45 years old, in an interview. Earlier this month, he committed to boosting Tesla's weekly output more than 50% by the end of this year compared with the first half of 2016.

Few chief executives aim as high or push as hard as Mr. Musk, also the chairman and largest shareholder of Tesla, which is growing faster than General Motors Co. and Ford Motor Co. and is worth $34 billion in stock-market value. That's about one-third of the two traditional auto makers combined.

In the past five years, though, Tesla has fallen short of more than 20 projections made by Mr. Musk, ranging from car-production output to financial targets, according to an analysis by The Wall Street Journal. The company missed 10 of his stated goals by an average of nearly a year.

Tesla's Model S sedan was rolled out on schedule in 2012, but its Model X sport-utility vehicle was delayed nearly two years before its debut last September. The Model 3 sedan, initially targeted for rollout by the end of 2014, was unveiled in March and won't be delivered to customers until next year.

So far, the expectations game on Wall Street hasn't applied to Mr. Musk, showing that some of Silicon Valley's highest-profile technology entrepreneurs play by different rules. Companies that make promises they don't keep usually are punished by investors.

Tesla shares are up more than 760% in the past five years, compared with about 65% for the Dow Jones Industrial Average.

"This guy wants to save the world," said Ron Baron, the founder of asset manager Baron Capital Group Inc., which has a Tesla stake worth more than $300 million. He isn't bothered by the misses. "The odds are very favorable that we are going to make a lot of money on this investment," Mr. Baron said.

Some analysts have begun to worry Mr. Musk's ambitious prognostications could haunt Tesla as it tries to meet his goal of churning out a million cars a year by the end of 2020. It has sold about 140,000 since 2008.

Last month, Mr. Musk announced a new "master plan" that he wrote, which includes plans for electric versions of a pickup truck, small sport-utility vehicle, large over-the-road truck and bus-type vehicle in the next several years. Tesla will double its workforce after buying SolarCity Corp., a solar-energy company where Mr. Musk also is the largest shareholder, in a deal valued at $2.6 billion.

"The targets they put out for production are ridiculously aggressive," said Colin Langan of UBS Group AG's UBS Investment Research.

Efraim Levy, an analyst with S&P Global Market Intelligence, said Tesla "has put off the day of reckoning for a long time because their case is based on delivering on future demand."

Tesla's future is riding largely on whether Mr. Musk can broaden the appeal of the Palo Alto, Calif., company's cars to the masses. The earliest Tesla models cost more than $100,000. The company is now racing to complete work on the Model 3, a sedan with a base price tag of $35,000 that will compete with gasoline-powered cars.

In May, Mr. Musk told analysts and investors that he expected production of the Model 3 to start on July 1, 2017.

In an interview with the Journal last month, the CEO talked down his own target. "Do I think production of the Model 3 will start on July 1 of next year?" Mr. Musk asked. "No."

Securities law gives executives leeway to prognosticate and issue targets, but a company could be held liable if its executives knew their projections had little or no chance of coming true.

"When you make a projection, you need a reasonable basis to believe in the validity of the projection," said former Securities and Exchange Commission Chairman Harvey Pitt, who now runs a consulting business.

Mr. Musk said he doesn't "set targets that I know can't be met." Tough goals keep Tesla moving forward. "In order to have a good outcome, we must strive for a great outcome," he said.

Tesla has about 14,000 employees, up from 6,000 at the end of 2013. In 2014 and 2015, Mr. Musk pushed production targets higher but then fell short at the end of both years. He sets the targets, and the numbers filter down through the company's ranks, according to Mr. Musk and employees.

A letter to shareholders in May 2014 set a goal of more than 35,000 deliveries of Model S vehicles for the full year. Tesla wound up missing the number by 3,345 financial filings show.

Mr. Musk agrees it took longer than expected to meet the projections. That matters little, he said, because Tesla will eventually hit all its goals.

Cristina Balan, a former design engineer at Tesla, said quality issues increased as the company ramped up production on the Model S.

In early 2014, she saw cars lined up for assembly with flawed headliners, a part of the roof's interior. She said the flaw left a gap between the headliner and the trim on the roof-support pillar through which the car's metal frame was visible.

After Ms. Balan raised concerns about the headliners, she was forced to quit, she said. After leaving Tesla, she told Mr. Musk in an email that managers were "putting parts in the car knowing [they] are bad," according to a copy of the email reviewed by the Journal.

She filed an arbitration claim against Tesla last year. The company and Mr. Musk declined to comment on Ms. Balan.

Last year's production shortfall was caused partly by design problems with the Model X that left production of the SUV two years behind schedule. The vehicle's "falcon wing" doors sometimes didn't open or close, or the doors banged into objects after failing to notice them with ultrasonic sensors.

Mr. Musk changed the plans for a lift mechanism used in Model X doors just a few months before deliveries of the vehicle began last year, according to a former Tesla employee who worked on the doors.

In a news release in April, Tesla blamed its own "hubris" for the delays and said it was a mistake to include so much new technology with the Model X.

Mr. Musk also wanted a piece of molding that runs along the doors to look like a single strip with no crack where the door opened, said people familiar with the project. They said his specifications made it impossible to produce the Model X on schedule or on budget, but no one told Mr. Musk.

To keep production moving, engineers used a different process for the molding, but that backfired. In January, Mr. Musk saw a piece of molding hanging down from one Model X and summoned more than a dozen managers into a conference room, according to people familiar with the matter.

After Tesla's director of product excellence, Chris Van Wert, explained the problem to Mr. Musk, the chief executive asked Mr. Van Wert to leave the room with him, the people said. Mr. Musk was alone when he came back. "He's no longer part of the company," Mr. Musk said about Mr. Van Wert.

In an email to the Journal, Mr. Musk said the door seal on the driver's side of the Model X that he saw wasn't properly attached. "I fixed it myself," Mr. Musk said. Mr. Van Wert was "asked to leave" the company, Mr. Musk said.

Mr. Van Wert said: "I wholeheartedly disagree with Elon's statements regarding my work at Tesla." Mr. Van Wert added that he continues to "believe deeply in the work Tesla is doing to transform the industry."

In a February conference call with analysts and investors, Mr. Musk cited moldings as one reason for delays of the Model X.

After Tesla unveiled its Model 3 in March, the company received 373,000 customer reservations for the car. Mr. Musk has predicted Tesla will sell 500,000 total vehicles by 2018, two years sooner than the previous goal.

He went even further in a May conference call. "It's better to say our 2020 target for volume is closer to maybe close to one million vehicles in 2020 or something like that," Mr. Musk said.

Model 3 production is supposed to start in less than a year, but final engineering designs were finished only a few months ago. Other auto makers often complete engineering two years ahead of new-model launches.

Asked about the car's time frame, Mr. Musk agreed it is "really short. It will be like a world record." Anyone who doesn't believe Tesla will hit its goals "obviously…shouldn't buy the stock," he added. Susan Pulliam, Mike Ramsey and Ianthe Jeanne Dugan/The Wall Street Journal