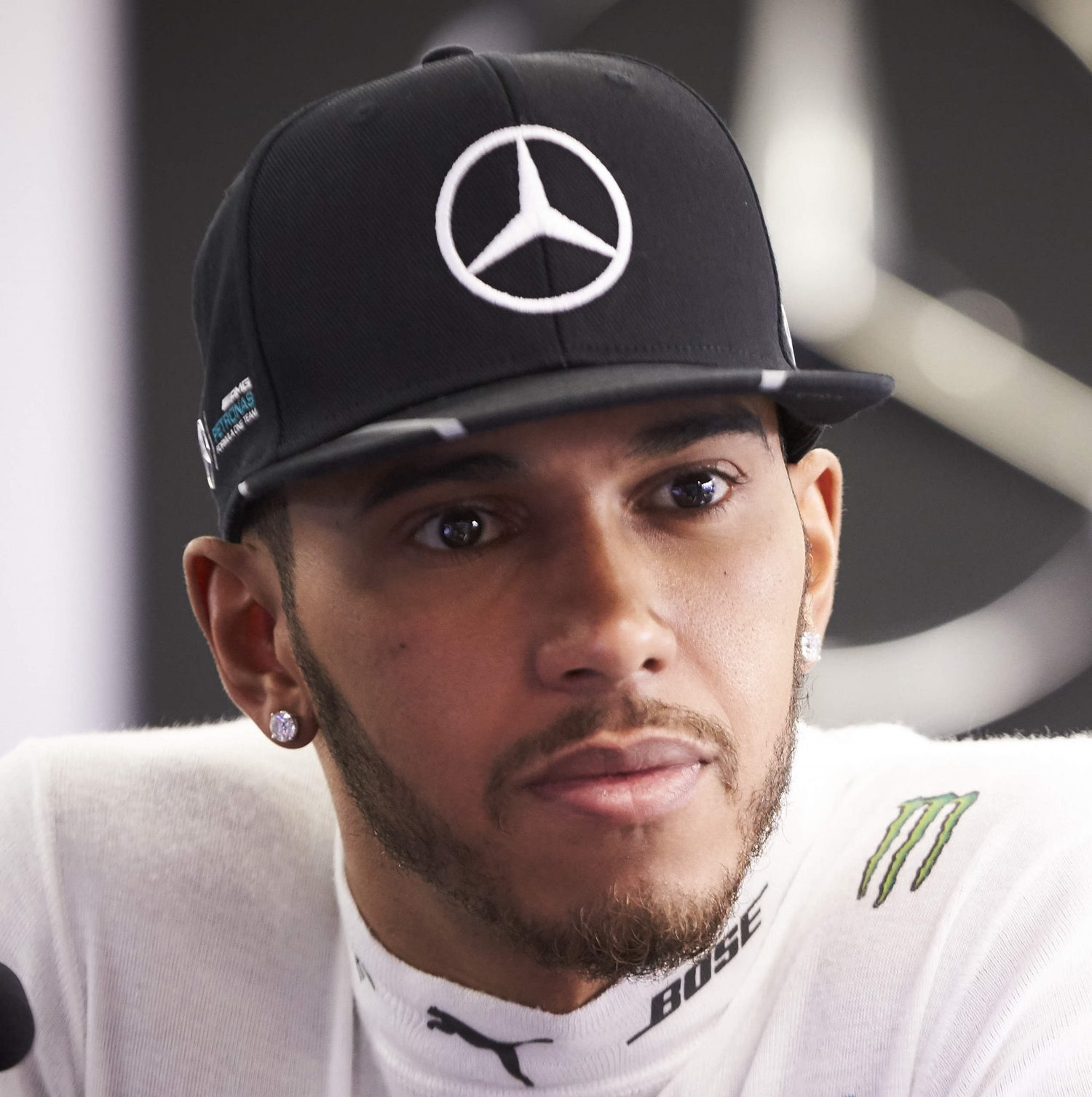 Hamilton to take engine penalty
Toto Wolff revealed that world champion Lewis Hamilton will shortly take a penalty for having to go beyond his allocation of engines for the season.

"We are thinking Spa or Monza," he revealed.

"It also depends on upgrades to the engine, as it doesn't make much sense to give him a new engine and then a race later we being a more powerful specification," Wolff added.

"That would be an advantage for Nico, so the decision has not been taken yet," he said.

And Wolff said he is not too worried that Hamilton and pole sitter Nico Rosberg will embarrass Mercedes at home by crashing together on Sunday.

"We have made clear to our drivers what happens to them should they again behave as in Spain or Austria," he insisted.

Kvyat admits form makes F1 future bleak
(GMM) Daniil Kvyat has admitted he has no future in F1 if he cannot end a major performance slump.

After a bad outing in Hungary, the young Russian's woes got worse at Hockenheim when he qualified between the Manors – half a second off Toro Rosso teammate Carlos Sainz's pace.

Kvyat was already struggling to bounce back from the disappointment of losing his seat at Red Bull earlier this year, amid the latest rumors that the energy drink company has decided to dump him altogether at the end of 2017.

"I am not having a good period and it seems there is no end," Kvyat is quoted by Russian media after qualifying at Hockenheim.

"I'm going through a hard time, it's not easy, but there's no excuse. We all have bad times, but if you don't do something about it, you just die."

Kvyat, 22, had said in a television interview straight after qualifying that he needs "more than the summer break" in order to recover from his slump.

Asked what he meant, Kvyat said: "I don't know what I need. I need a better feel from the car but I do not remember the last time I had it.

Asked if the situation endangers his F1 career, he admitted: "At the moment it looks very bad, and if it goes on like this, I don't think anything good is ahead for me."

Finally, Kvyat was asked about the ongoing 'track limits' debate that is raging at Hockenheim, but he said: "I don't know. At the moment it's the last thing I'm worried about."

Halo delay debate rages on
(GMM) The debate about the cockpit protection concept 'Halo' continues to rage at Hockenheim.

GPDA president Alex Wurz is furious that the teams voted to delay it until 2018, arguing that all the drivers signed a document unanimously supporting an immediate debut.

It was rumored that Bernie Ecclestone might have moved to appease angry drivers by saying that after tests at Spa and Monza, a 2017 Halo debut might be back on the cards.

But Hulkenberg said: "You can't change everything again in September. The engineers are now flat out designing the 2017 cars without Halo."

"There are too many scenarios that are unknown, so it's good that we're going to test it more," said the Force India driver.

Mercedes team chairman Niki Lauda agrees: "Let all the drivers test it and we'll see what they say. We really don't know if there are visibility problems on certain corners with at certain tracks."

"Certain accident scenarios were not even mentioned," Marko said.

Many F1 rules 'make no sense' – Raikkonen
(GMM) Kimi Raikkonen has confirmed reports that he is set to marry his partner Minttu during the forthcoming F1 summer break.

The Finn would not, however, confirm the date, nor give away the precise location for the ceremony.

"In Italy," Raikkonen told Sonntagsblick. Asked if it will be Venice, he repeated: "In Italy." Close to Maranello? "In Italy," the Ferrari driver added.

Raikkonen was more prepared to talk about a controversy involving himself and Max Verstappen, F1's 18-year-old sensation.

They had a clash of the generations in Hungary last weekend, with Raikkonen and most of his colleagues criticizing the Red Bull driver's defending tactics.

"Actually it has nothing to do with Max," Raikkonen told the Swiss newspaper.

"We have rules, and they should be followed, that's all," he said. "But in ten races we have ten different interpretations. But in formula one we often have these stupid discussions."

Asked if the yellow flag saga involving Nico Rosberg is another example, Raikkonen answered: "Exactly. Now we think you can go to pole like that, but the rule book says something else.

"These things confuse the drivers and the media," said the Ferrari driver.

Yet another example, he said, was Sergio Perez not being allowed to be told about failing brakes in Austria.

"Then he hit the wall," said Kimi, "so what does that have to do with safety? I think if you have normal sense, a lot of things in formula one do not make sense to you."

Finally, the Finnish newspaper Turun Sanomat asked Raikkonen if – notwithstanding their Budapest clash – he thinks Verstappen is one of F1's most exceptional young talents.

"He is good," he agreed, "no one can deny that. But no one can know what the future will be for him.

"For sure he will be successful and will probably win the championship, but you can never know," Raikkonen added.

Asked if he might recommend to Ferrari that Verstappen should eventually succeed him," Kimi answered: "It's not my job to recommend anybody or decide anything.

"I'm here to drive, not to do anything else."

Vettel: Ferrari not here to finish fifth/sixth
Sebastian Vettel has made clear that Ferrari should be achieving more than fifth and sixth, after a difficult qualifying session in Germany.

Mercedes has enjoyed a sizeable pace advantage all weekend at Hockenheim, with Red Bull and Ferrari fighting to be the best of the rest.

Nico Rosberg and Lewis Hamilton duly locked out the front row, while both Red Bull drivers slotted ahead of Kimi RÃ¤ikkÃ¶nen and Sebastian Vettel.

RÃ¤ikkÃ¶nen outpaced Vettel by almost two tenths of a second.

"I was very happy with my final attempt, but it was just not quick enough," rued Vettel, as he reflected on Ferrari's struggle and being out-qualified by RÃ¤ikkÃ¶nen.

"It didn't come together [during qualifying], so that's something that we need to understand, where we were missing out compared to everyone else, or the people ahead of us.

"It's a decent result, but we're not here to finish fifth or sixth, we're here to challenge for pole on Saturday and win on Sunday, but obviously Mercedes is in superb form at the moment."

Vettel reckons it is more a case of Ferrari slipping back, rather than rivals improving.

"There are a couple of things that we need to understand."

RÃ¤ikkÃ¶nen is still hopeful, though, of challenging Red Bull in the race.

"Our car felt good, but the feeling on the last set of tires wasn't very good," he said.

"It's very disappointing to be fifth and sixth, but it is what it is.

"Hopefully we have a good start in the race. We have to look at the strategy as well. I'm not sure what we'll do, but whatever we do, hopefully it will be the right thing."

Buemi, the reigning Formula E champion, has been affiliated with Red Bull for several years, having raced in Formula 1 for Toro Rosso between 2009 and 2011.

Pirelli is set to embark on an extensive testing program, with Sebastian Vettel and Esteban Gutierrez lined up to carry out wet-weather running at Fiorano on Monday and Tuesday.

On Wednesday and Thursday, Pirelli will be in action with Buemi in a modified Red Bull RB11 at Mugello.

Pirelli has already trialed 2017 prototype elements on current-sized tires, but next week's running will be the first on-track running with the provisional, wider rubber.

Hamilton says he 'had the pace' for pole
Lewis Hamilton feels he was quick enough to take pole position for the German Grand Prix, but simply "didn't finish off" his final Q3 effort.

Hamilton topped Q1 and Q2, before losing out to Nico Rosberg in Q3, despite his team-mate being restricted to one lap amid electronic trouble.

Hamilton locked up at the Turn 6 hairpin on his fastest lap and, although he played down the mistake, admitted that he could have done more.

"I had no problems," said Hamilton, as he reviewed his session.

"I had the pace today, but just didn't finish it off on the last lap."

Asked if he felt pole was possible, despite trailing Rosberg in all three practice sessions, he added: "It was definitely on. I was two tenths up on the lap and just didn't finish it."

Hamilton, however, remains confident of challenging in the race.

"It's a much easier track to overtake on," he commented.

"Only one car can go through Turn 1, so it's whoever gets there first.

"I've had five wins, so it's been a good mid-part of the season. Hopefully tomorrow we can get first and second. It should be a good day for Mercedes – we'll race it out."

Hamilton leads Rosberg by six points ahead of the race.