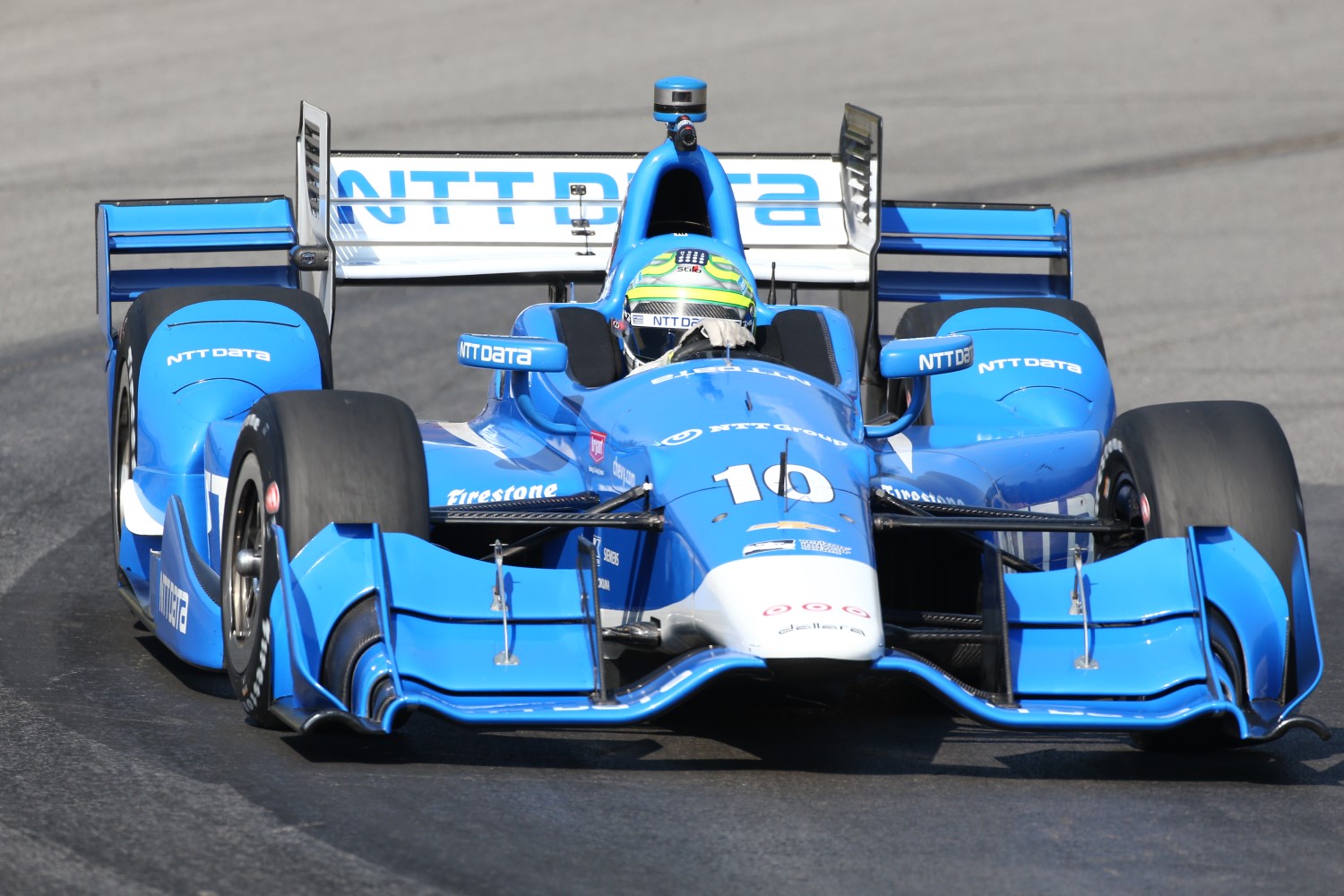 UPDATE The morning practice was uneventful expect for a Conor Daly incident in the last minute of the session. Daly did not turn into the corner and drove straight off and into a tire barrier. Luckily the car did not sustain much damage.

Team Penske was awarded yet another Firestone Pit Stop Performance Award. The crew on the number 3 car of Helio Castroneves was given a check for $10,000 for the total pit time of 54.5 seconds in the Toronto race. The win marks the 3rd Pit Stop Performance Award of the season for the Castroneves crew and the 8th award for a Team Penske this season.

The Pirelli World Challenge GTS race #2 is underway. They did not get to run race #1 yesterday due to the heavy rains and reported lightning in the area.

Qualifying is next with group 1 having three of the Team Penske Drivers. Will Power and Scott Dixon are both in group 2. Lucille Dust reporting for Autoracing1.com

07/30/16 Good morning from Mid-Ohio. The day is starting well, as the sun is shinny and the clouds are not rain clouds. The weather forecast for today has changed since last night, taking the rain out of the morning but still has scattered thunderstorms predicted to start at 2 pm today.

The drivers are saying the track is really fast this year. Will Power, the Team Penske driver who currently sits 2nd in the points race, had this to say about qualifying. "Obviously the cars are just getting faster and faster. It's not like the track is getting faster. It's just amazing how much speed we have in like Turn 11 and Turn 1 now. It's close to flat — it's not flat, but it's at that horrible limit where it's not flat. You know, you hold your breath kind of lifting. It probably looks spectacular from the outside. But yeah, it's definitely going to be a lap record broken. I don't even know what it is. It's Dixon's? Yeah, from last year. Yeah, yeah, that'll be broken for sure if it's dry."

Power commented on the how a driver excels on certain tracks. "It's funny, tracks that click with you, it's me and Sonoma and Dixon and this track. Usually he's clicks well around here."

Simon Pagenaud, the current points leader, had this to day about his day, "We were looking to build on what we learned at the test and were able to do that. The PPG Chevy is in a good place. I don't know what the rain will do to the track, but we'll find that out in practice tomorrow. I'm confident that we'll perform well in qualifying and get a good starting position. I just hope we can get some dry weather for us and the fans."

Scott Dixon, the winningest driver at Mid-Ohio, had this to say about his day, "It's always a place that the team loves coming to. It's 10 victories for the team here so it's definitely been a place that we've run well at throughout the generations. Today it rolled off the truck pretty well and the car was decent. I think the car is always competitive and hopefully we'll see what tomorrow brings. Obviously weather conditions are going to be tricky I think throughout and will definitely dice up the field a bit. Always happy to be here at Mid-Ohio. It's always a fun track."

Josef Newgarden, who is now 5th in the points after a DNF in Toronto, had this to say about his day, "We're moving along through our list of changes to get to. We're on a good path, but I think it's going to be tight. It's always very close together here in Mid-Ohio. The field is generally quite tight. You have to get every little tenth of time. We're going to be on the right end of it this year, the goal is to get into the Firestone Fast Six during qualifying and do work from there."

It will be interesting to see who can get the pole today. A lot rests on whether it is raining or not at 2 pm. Practice is at 9:45 am.

I will update you during the day.. Lucille Dust reporting from Mid-Ohio