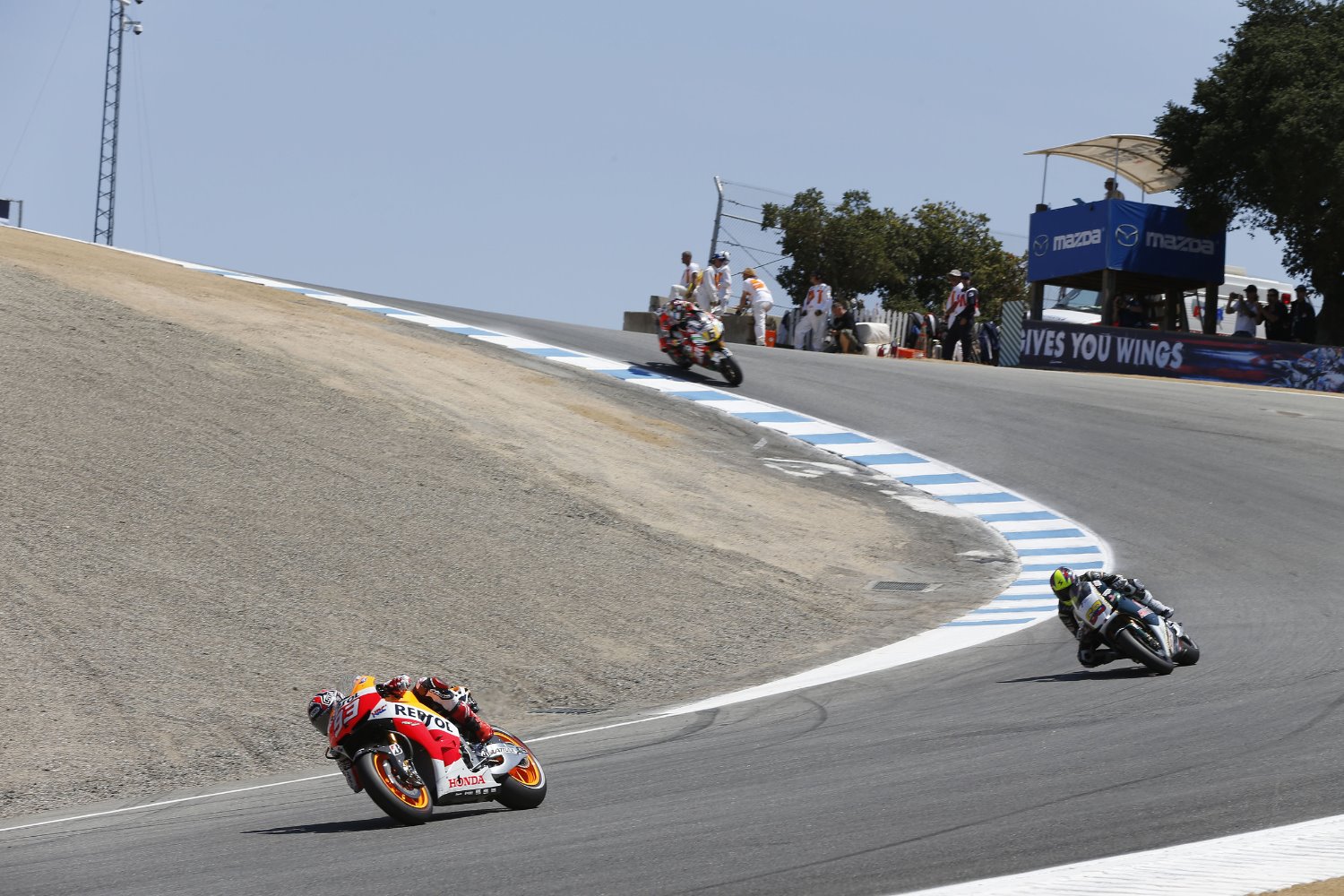 A bitter fight to take control of one of the world's most iconic racetracks will come to a head next week when three competing teams of auto sports enthusiasts make their cases to a ruling panel according to Charles Fleming of the LA Times.

At stake is the management of the Laguna Seca racing venue, host for almost 60 years to some of the power sports industry's most important automobile and motorcycle competitions.

On Monday, according to sources close to the battle, the teams will appear before the Monterey County Board of Supervisors in a hotel in the quaint seaside city. They hope to persuade officials to give them control of the historic raceway, built on former military property inland from the popular tourist towns of Monterey, Carmel and Pebble Beach, and run as a county-owned facility since 1957.

It's still early in the process. At this stage, the three groups have simply submitted a Request for Qualifications, said Monterey County communications officer Maia Carroll. After the hearing on Monday, the committee overseeing the matter will present an update in late August, at which time the county could ask one or more of the groups to present a more detailed management plan — or decide to reject all three and continue looking for a new steward.

The 2.2-mile Laguna Seca racetrack, considered one of the world's most technically challenging, hosts five racing events annually. In 2015, its managers reported 234,000 tickets sold to visitors who pumped an estimated $62.1 million into local businesses, including $5.2 million in state and local taxes.

The facility, which includes an adjacent campground and shooting range, has been managed by SCRAMP, composed largely of volunteer workers, since its earliest days

But charges of mismanagement and a scathing Monterey County Grand Jury report on SCRAMP's Laguna Seca activities cost the group its annual contract to manage the facility. SCRAMP has been on a month-to-month agreement since March 2014.

The grand jury report stated that SCRAMP had underreported income, juggled creditors and delayed payments to balance its books, and inappropriately used funds for capital improvements to meet operating costs.

"SCRAMP has not been a financially fit concessionaire," the report found.