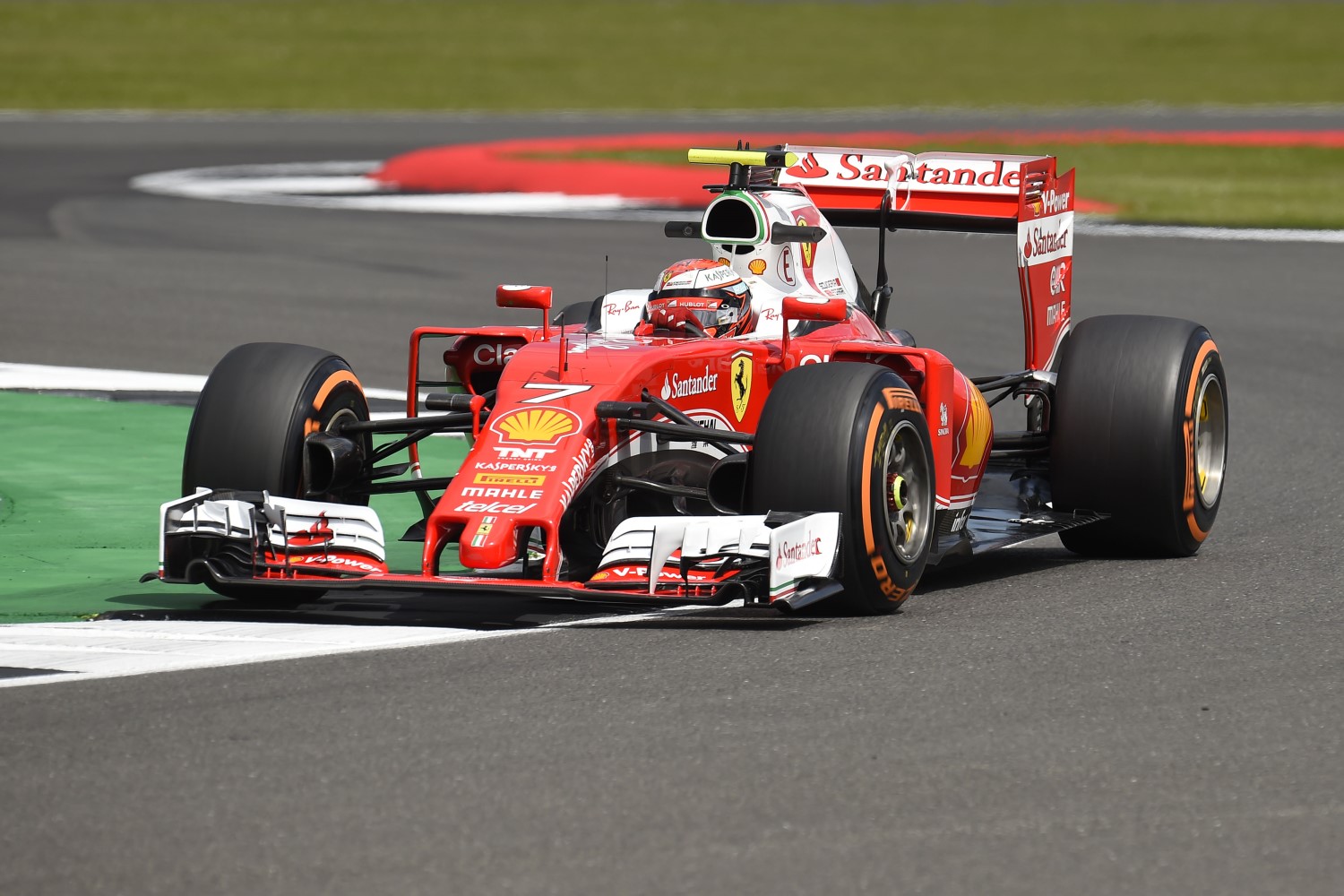 Ferrari driver Kimi Raikkonen finished the final day of in-season testing at the top of the timesheets after recording a quick lap during the last hour of running at Silverstone on Wednesday.

Mercedes youngster Esteban Ocon led the way for much of the day after a sequence of rapid laps on the Soft tires before Raikkonen recorded a 1:30.665 in the SF16-H.

Raikkonen's time, also posted on the Soft compound, proved to be 0.547s faster than Ocon, who accumulated the most laps for the second successive day.

Raikkonen was nonetheless able to add over 100 laps to his tally after a power unit problem restricted Charles Leclerc's running on Tuesday.

Ocon's best times came during the morning session as he completed long runs during the afternoon running.

Pierre Gasly remained in the Red Bull RB12 and recorded the third quickest time, as he continues to stake his claim to a Toro Rosso seat in 2017.

Force India development driver Nikita Mazepin had his second day in the VJM09 and placed fourth, having gradually improved his times on the Super Soft compound during the afternoon.

Mazepin, who races in Formula 3, racked up sufficient mileage for a Super License after his extensive running in the car.

Stoffel Vandoorne returned to the cockpit of the McLaren MP4-31 and collected fifth position, with Williams' Valtteri Bottas in sixth place.

Bottas spent much of the day towards the foot of the standings and moved up late on, before trialling the revised double decker rear wing on the FW38, which first made an appearance at the previous test in Spain.

Williams confirmed earlier in the year that the wing was used to gain a better understanding of the car's aero balance, but that the part would not meet Formula 1 regulations.

Santino Ferrucci spent the bulk of the morning performing pit stops and practice starts in the VF-16 prior to logging a time which left him seventh overall.

Renault trialled suspension updates on the RS.16 and Jolyon Palmer finished the day in eighth place, having taken over testing duties from Sergey Sirotkin.

Palmer did not make it back to the pit lane after stopping in the final sector with a suspected mechanical issue.

Sergio Sette Camara made his Formula 1 test bow with Toro Rosso, having been signed to Red Bull's young driver scheme at the start of 2016.

Sette Camara, 18, racked up over a race distance worth of laps in the STR11 and finished the day ninth overall.

Manor development driver Jordan King received his second outing in the MRT05, after his run in Barcelona, and completed the top 10.

Pirelli was able to profit from a largely dry day at Silverstone, with a brief shower after lunch only impacting the day.