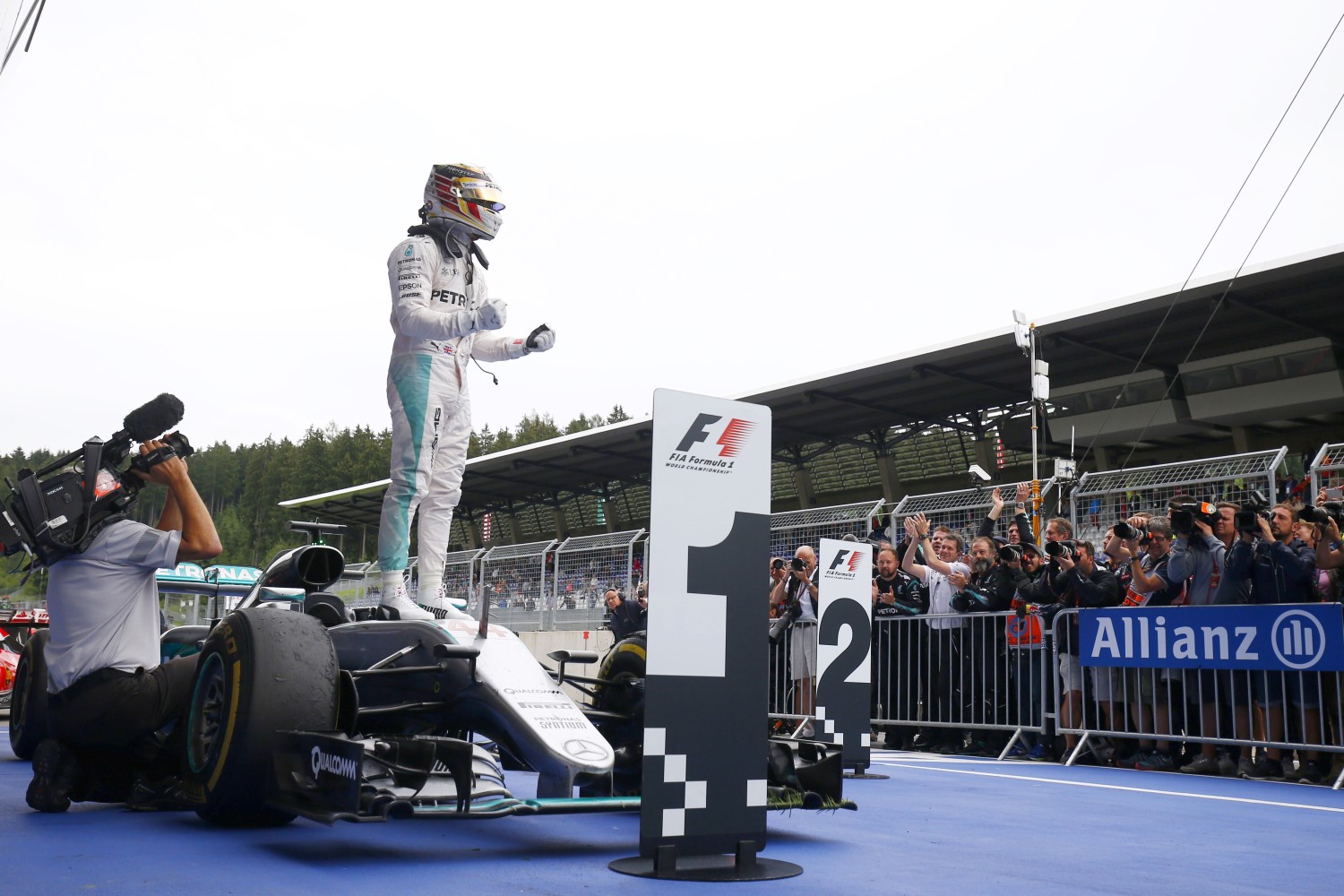 Red Bull team principal Christian Horner says Mercedes should consider how tenable it is for Lewis Hamilton and Nico Rosberg to remain Formula 1 teammates in the long term.

Four races after colliding on the first lap of the Spanish Grand Prix, title rivals Hamilton and Rosberg collided on the final lap in Austria. Rosberg, who was leading, suffered front wing damage and limped across the line fourth as Hamilton took the checkered flag for the third time this season. Horner accepted managing team-mates fighting for the title is difficult but said Mercedes must address it as he thinks a clash between the pair is likely to happen again. "Longer term, how tenable is it for that pairing to continue as a team?" said Horner.

"While they are in the situation that they are in, with the competitiveness they have, they are obviously going to have….these issues are not going to be isolated to this race. "But then that is an attractive element for the sport. "When you do have a dominant car, it's great to have the guys going head to head."

Horner's own Red Bull team had similar incidents when Sebastian Vettel and Mark Webber were fighting for championship.

Asked how difficult managing teammates in such situations is, Horner replied: "It's enormously difficult, because no matter how much those guys say they are team players, they are contractors and they are racing for themselves.

"They are going for the biggest prize in motorsport so inevitably, they will do what is right for them at the end of the day.

"I haven't seen a replay of it, and I'm sure it won't be the only one during the rest of the year." Mercedes boss Toto Wolff has said he will consider whether to impose team orders on his drivers but Horner does not believe that is necessary. "They have sufficient margin on the rest of the field, why do they need to consider that?" he argued.

"It actually creates interest in Formula 1, it's good for Formula 1 to have two teammates that may not be the best of mates."