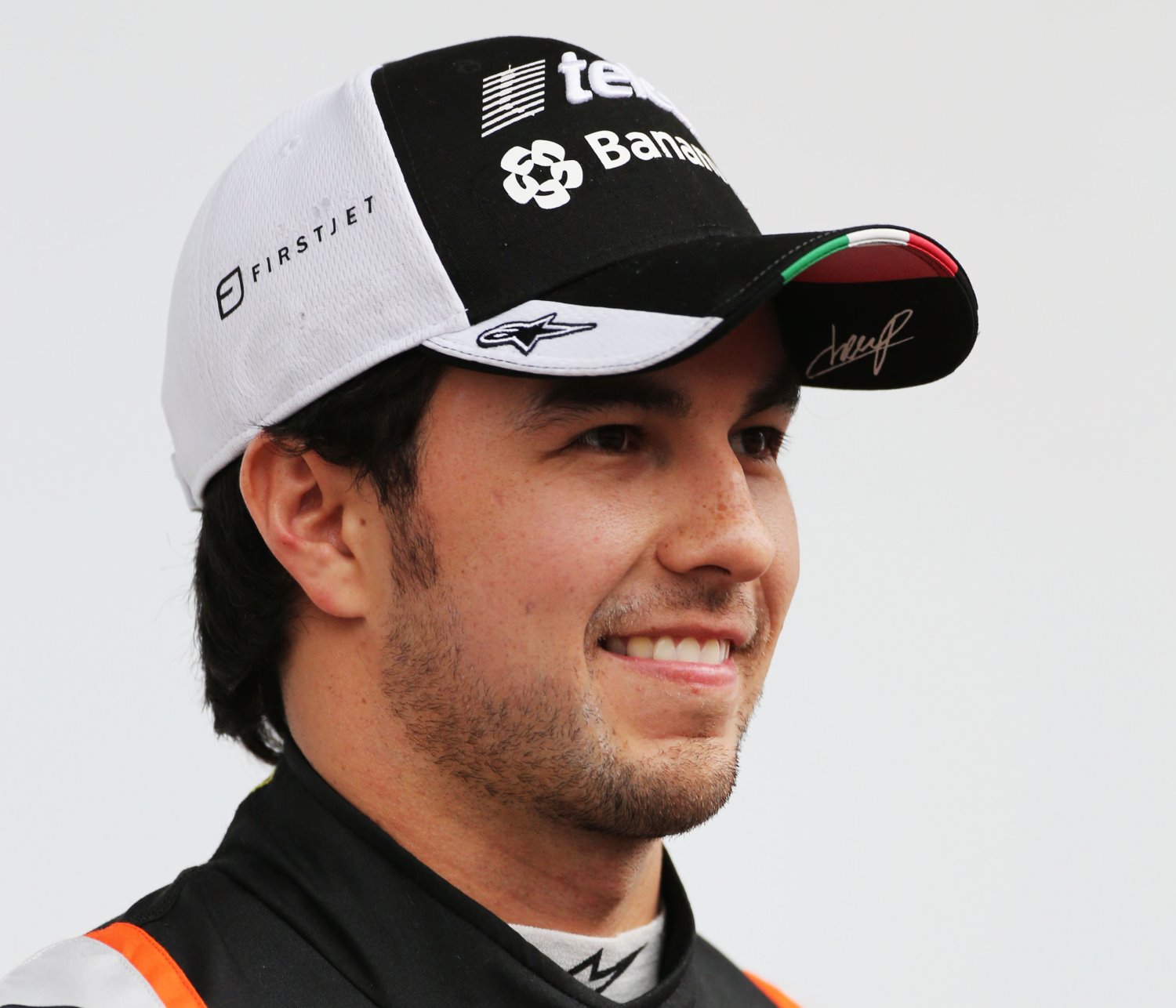 Perez 'on the gas' for Ferrari seat – Marko
(GMM) Red Bull has put the lid on its F1 driver lineup for 2017, only leaving the future of Toro Rosso's Daniil Kvyat slightly ajar.

It follows the latest rumors about Daniel Ricciardo and Carlos Sainz, and suggestions either of them might be in the running to replace Kimi Raikkonen at Ferrari.

"We read the rumors too but our drivers aren't available," said Red Bull team boss Christian Horner. "If guess if you're Ferrari you have got a dilemma."

"There will come a day when even I will leave," he warned.

But at a media event at the Red Bull company's Austrian base, Dr Helmut Marko announced that both Australian Ricciardo and Toro Rosso's Sainz have definitely been contractually retained by the energy drink brand.

As for Ferrari, he said: "Neither Ricciardo nor Sainz were contacted directly by Ferrari."

Red Bull is only leaving Russian Kvyat's future slightly unclear, although Marko said: "He has recovered and is showing improving form."

GP2 star Pierre Gasly has been linked with Kvyat's seat for 2017, but Horner insisted: "There isn't an obvious (alternative) candidate knocking on the door at the moment."

So what about that potentially-vacant Ferrari seat? Marko thinks Sergio Perez is obviously gunning for it.

"Since he knows that a Ferrari seat is potentially vacant, he is on the gas like never before," he said.

But Force India supremo Vijay Mallya has told The Times this week that Mexican Perez is under contract for 2017.

"Between (Valtteri) Bottas and (Romain) Grosjean, I would choose Bottas," Mercedes team boss Toto Wolff, who is involved in Bottas' management, told the Italian newspaper Corriere della Sera when asked about the Ferrari vacancy.

Titanium 'Halo 2' to make Friday test debut
(GMM) The development of 'Halo' is entering its decisive phase, with an updated version to make its debut in practice this weekend in Austria.

The running of the controversial cockpit protection, in titanium finish this time rather than naked carbon, will be done by Ferrari, Germany's Auto Motor und Sport claims.

The news that 'Halo 2' will make its track debut at the Red Bull Ring on Friday was confirmed by Matteo Bonciani, the FIA's spokesman.

It is reported that, for the updated titanium version, the structure has been moved forwards slightly, so that the driver's head cannot impact it in a crash.

If Friday's test goes well, the concept will be forwarded to a meeting of technical bosses scheduled ahead of the forthcoming British grand prix next week.

F1 legend Niki Lauda, however, warned that although the mandatory 'Halo' race debut for 2017 now appears inevitable, the sport must be careful not to compromise its DNA.

"If you go too far with these things, it's no wonder that fewer people are watching these days," the Mercedes team chairman told the British magazine Motor Sport.

"If someone says he wants to make $40 million a year, with an easy car to drive and no risk, this is not reality," Lauda added.

Ferrari in 'time of change' – Fiat's Elkann
(GMM) Ferrari is in a period of "change", according to John Elkann, chairman of parent carmaker Fiat Chrysler.

Deep into the first half of the 2016 season, it is a tricky time for the fabled Maranello marque: arguably Mercedes' closest challenger but yet to win a single grand prix this year.

Ferrari president Sergio Marchionne insists that even with the rules changing so much for 2017, Ferrari is committed to the 2016 project but hinted that the team is also in a period of "change".

Elkann, at the presentation of a new Maserati in Monte Carlo, agreed as he was quoted by Tuttosport: "I was in Maranello recently with Marchionne and I saw that the whole team is in a time of change, improvement and great enthusiasm."

Some paddock sages believe Marchionne may be putting too much public pressure on Ferrari this year.

When asked about that, Mercedes team boss Toto Wolff told Corriere della Sera: "Marchionne has proved that he knows what he is doing.

"Pressure? In certain situations it is necessary, so long as it is channeled in the right direction. I know something about that myself with Dieter Zetsche," the Austrian smiled.

It has emerged that world champions Mercedes have developed equipment that heat the entire axle and brake assembly on the grid so that a tire will satisfy Pirelli's strict minimum pressure but then lose pressure once the car is running.

Marc Surer, a former F1 driver who is now a pundit for German television Sky, said he doesn't blame teams for looking into ways to minimize pressures.

"The values supplied by Pirelli are actually too high, and significantly higher than last year," he said.

"But what the teams are doing to heat the whole assembly is highly costly," Surer added.

"Ferrari has yet to catch up, but Red Bull has followed suit very quickly and is now very close to Mercedes in this," he continued. "But all the teams will be trying to do something.

"So I am sure the FIA will act and ban it for the forthcoming season. Another way would be to measure the pressures before the wheels are fitted," said Surer.

'Brexit' will not hurt English teams – pundit
(GMM) An F1 pundit has played down the impact of the 'Brexit' vote for formula one teams.

Some alarming reports have suggested some of F1's many UK-based teams might now be thinking about leaving Britain in order to re-link their outfits with the European Union for the future.

But Marc Surer, a former F1 driver who now works for the German broadcaster Sky, said Brexit is in fact "just some more paperwork" for top teams like Red Bull, Mercedes and McLaren.

"Even before the EU there were English teams and Sauber has always been in Switzerland, which is also not part of the EU," he insisted.

"These teams will have some more administrative work, for example with the filling of customs documents to cross the border, but financially hardly anything will change," Surer continued.

"If the pound goes through the floor, that is bad for the English teams in the short-term but when their money then comes in (US) dollars, it balances out in the long run," he said.

Rosberg admits eye on Williams in Austria
(GMM) Nico Rosberg has singled out Williams as a potential threat as he chases a hat-trick of Austrian grand prix wins this weekend.

And the championship leader is not the only one expecting the Grove team to shine at the Red Bull Ring, despite the fact Ferrari and Red Bull have been more consistent challengers to Mercedes this year.

"Traditionally, Williams are strong in Austria as they have the highest speeds on the long straight," Marc Surer, a former F1 driver turned pundit for German broadcaster Sky, said.

Rosberg had earlier told Bild newspaper: "I am especially looking at Williams. They always put us under pressure there."

"For me, the challengers are – in order – Ferrari, Red Bull, Williams and Force India," he told the Italian newspaper Corriere della Sera.

But he also insisted that Mercedes is being pushed to its limits in 2016.

Asked if F1 is witnessing the gradual end of Mercedes' era domination, Wolff answered: "Each era always ends – even the Roman Empire experienced it."

At the same age of 17, Red Bull fast-tracked the meteoric F1 career of Max Verstappen.

But when asked about Schumacher, the young Formula 4-racing son of F1 legend Michael Schumacher, Marko said: "Mick Schumacher is not on our radar.

"There is nothing more to say," the Austrian, who is the architect of the Red Bull driver program, added.

For his part, Mick seems comfortable about racing the road to F1 in meticulous style, having already decided to spend a second year in F4 rather than leap into F3 in 2016.

"For the moment, my goal is to become a good and complete race driver," said the German.

"Because of this, it's important to me to have a solid base and to become confident in all areas racing will be confronting me with," Schumacher added.

Sauber pays staff amid 'solution' to issues
(GMM) Some better news is finally emerging from the Sauber camp, amid a troubled 2016 campaign for the struggling Swiss team.

Sauber has been obviously counting its pennies so far this year, to the extent that salary payments to the 300 staff at Hinwil have often been delayed.

But the well-connected Swiss newspaper Blick claims ahead of the Austrian grand prix that Sauber has now caught up on every wage payment for not only May but also June.

"We are in the process of a comprehensive solution," team boss and co-owner Monisha Kaltenborn said. "The payment of wages is part of that solution."

Blick, whose correspondent is the highly respected and experienced Roger Benoit, did not say whether the 'solution' could in fact be the team's sale.

After the eleventh hour buyout of Lotus, the newly branded Renault works team has struggled for performance in 2016 to the extent that it is often fighting with Manor and Sauber for the last places on the grid.

Brand ambassador Prost, a quadruple world champion, said: "It's not easy for me to talk about as I am a little bit outside of the racing team.

"But what is definitely true is that Renault's decision to buy the team came very late," he is quoted by Speed Week.

"Yes, I would have expected a bit more performance. But not much more," the great Frenchman added.

Prost said Renault now faces a challenge of rebuilding for the future whilst acknowledging that it is in the middle of a busy race calendar.

"The basic problem is to analyze why things are not going so well and keep the staff motivated at the same time," he said.

"All the people need to understand that this is a long-term project — the fans as well," Prost said.