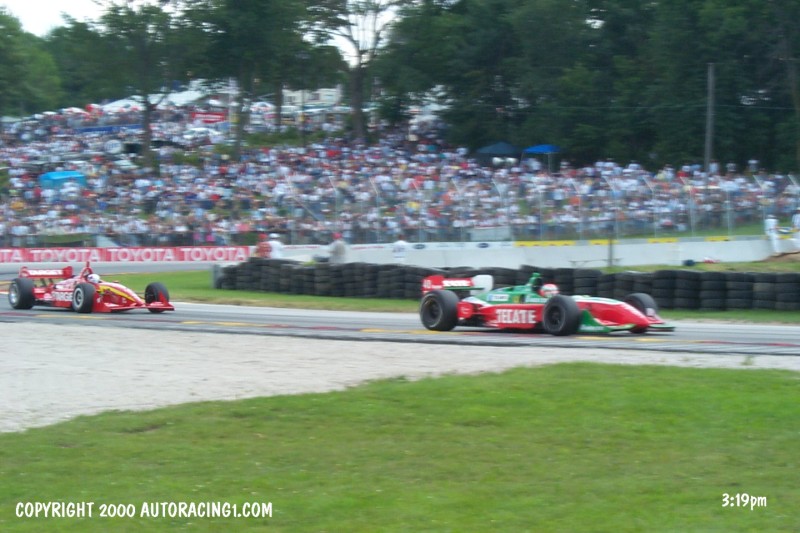 ELKHART LAKE – Road America is preparing for one of its biggest and most eagerly-anticipated races of the year this weekend, when IndyCar returns to the storied venue for the first time in nearly a decade writes Josh Lintereur of the Sheboygan Press.

Track officials say ticket sales have been robust since the Verizon IndyCar series race was announced a year ago, and they’re expecting attendance over the four-day event to approach 100,000 people.

That would put it on par with IndyCar’s heyday at Road America, which hosted the CART and Champ Car series from 1982 to 2007 and drew the likes of Mario Andretti, Michael Andretti and Emerson Fittipaldi.

“The fans are ecstatic about it," said John Ewert, communications director with Road America. “We’re expecting an impressive crowd."

The event, which runs June 23-26, features a dozen races, culminating with Sunday’s Kohler Grand Prix. Along with the IndyCar Series, all three levels of the Mazda Road to Indy will compete.

All of Elkhart Lake’s 385 lodging rooms were sold out heading into the weekend, and tourism officials were expecting a sell-out countywide as well.

“This is a big one," said Kathleen Eickhoff, Elkhart Lake’s tourism director. “People are very excited to have IndyCar back in Elkhart Lake."

Area restaurants and retailers also expect to see a bump in business over the weekend and plan to have extra staff on hand.

At Marshall’s One-Stop convenience store in Elkhart Lake, store manager Deb Koch said sales triple on big race weekends such as this one. One reason is the large number of race fans who camp at Road America for the weekend and visit the store for supplies.

“We’re trying to be an all-around grocery for them," said Koch, who will log a 60-hour work week at the One-Stop and at the Marshall’s Gateway convenience store in Glenbeulah, which also sees a spike in traffic from the race.

Eickhoff said races of this stature have long-term benefits too, as many spectators will return to Elkhart Lake for vacation. Sunday’s Kohler Grand Prix will also bring TV exposure, as it will be broadcast by the NBC Sports Network beginning at 11:30 a.m.

Ewert said a majority of ticket buyers are coming from the Sheboygan, Milwaukee and Green Bay markets, though the race is proving to be a big draw for fans from Indiana, Illinois and other Midwestern states.

Much of that excitement comes from IndyCar fans who last visited the fabled 4-mile road course many years ago for the CART and Champ Car races, which were a huge draw, and have been waiting for open-wheel racing to return ever since.

“We have grandparents bringing their grand-kids for the first time because they remember the days of open-wheel racing here," Ewert said. “The excitement of fans is incredible. They’re counting the days." Josh Lintereur/SheboyganPress/USA TODAY NETWORK-Wisconsin