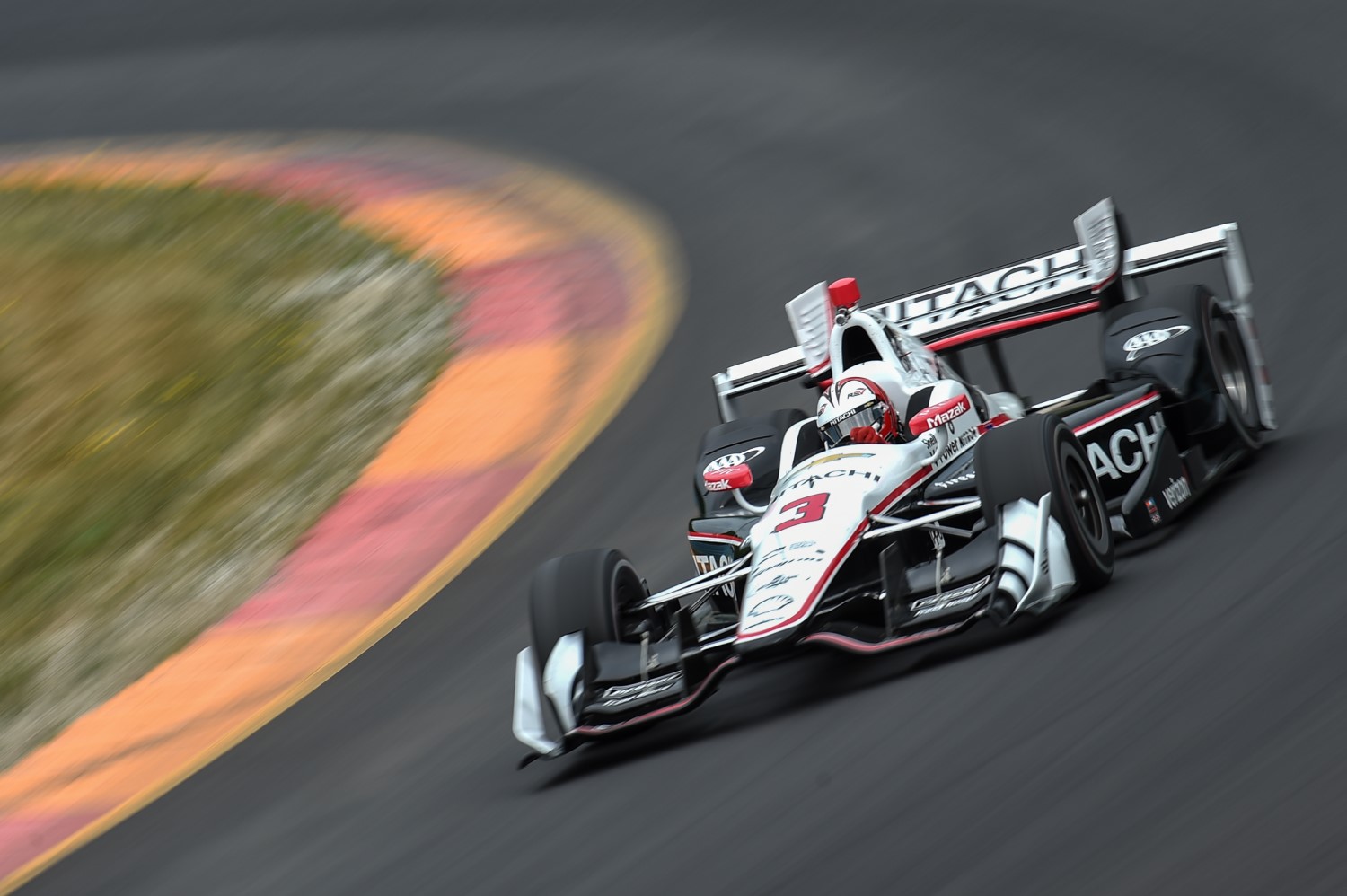 Two words sum up what drivers think the INDYCAR Grand Prix at The Glen will be like after they participated in a one-day test at Watkins Glen International: fast and physical.

A repaved track surface, combined with the speedy benefits of the Chevrolet and Honda aero kits on the Dallara IR-12 chassis, set the stage for lightning-quick lap times on the 3.4-mile historic permanent road course. Five drivers from four teams took part in the session that ran from 3-8 p.m. ET, interrupted briefly by a short rain shower at 6 p.m.

Afterward, it was clear that – barring inclement weather on race weekend Sept. 2-4 – the lap standard of 1 minute, 28.1322 seconds (137.657 mph) set in 2009 by Ryan Briscoe will be obliterated in the Verizon IndyCar Series’ return after a six-year absence.

“There will be track records set," added James Hinchcliffe of Schmidt Peterson Motorsports, the other tire tester. “This car would have done it anyway on the old surface, but with the way it is now, I think we will be going pretty quick in qualifying."

Hinchcliffe raced at The Glen in Indy Lights (2009-10) and was excited to try “the big car" on the notorious long circuit. He said the high track grip, high-downforce cars and lack of power steering are a recipe for a most demanding 60-lap race come Labor Day weekend.

“I think it’s going to be incredibly physical," Hinchcliffe said. “You do have some long straights to rest, which helps, but you have some incredible high-G corners – and a lot of them. Turn 1’s really fast, the esses are really fast, the bus stop is fast, Turn 5 is fast, 6 is fast, 7’s pretty quick – actually pretty much other than Turn 9, they’re all fast corners here.

“It beats you up, man. It’s going to be really physical, especially on reds (Firestone alternate tires). I can only imagine what that’s going to be like. Definitely will be hitting the weight room before we get here."

“I think with the repavement, it’s going to make the racing pretty good," Dixon said. “Even off line it’s still pretty grippy, so it might give you a few different options for passing. And typical Watkins Glen style, I think if you trim out (the car), especially for the back straight, I think you’re going to have some good speed going into the bus stop."

Pagenaud – who takes an 80-point championship lead into this weekend’s KOHLER Grand Prix on another iconic circuit, Road America in Wisconsin – was pleased to provide input to Firestone’s engineers and chemists to determine the Watkins Glen tire spec.

“Firestone always brings us such consistent tires. The goal is to find a product that they like, that they want to bring to all the competitors. So far there were no surprises for them. I think they have a good direction where they want to go."

In addition to Pagenaud, Hinchcliffe and Dixon, other drivers testing were Helio Castroneves of Team Penske and Alexander Rossi from Andretti Herta Autosport with Curb-Agajanian.

Ticket information on the INDYCAR Grand Prix at The Glen can be found at theglen.com or by calling (866) 461-7223. IndyCar.com