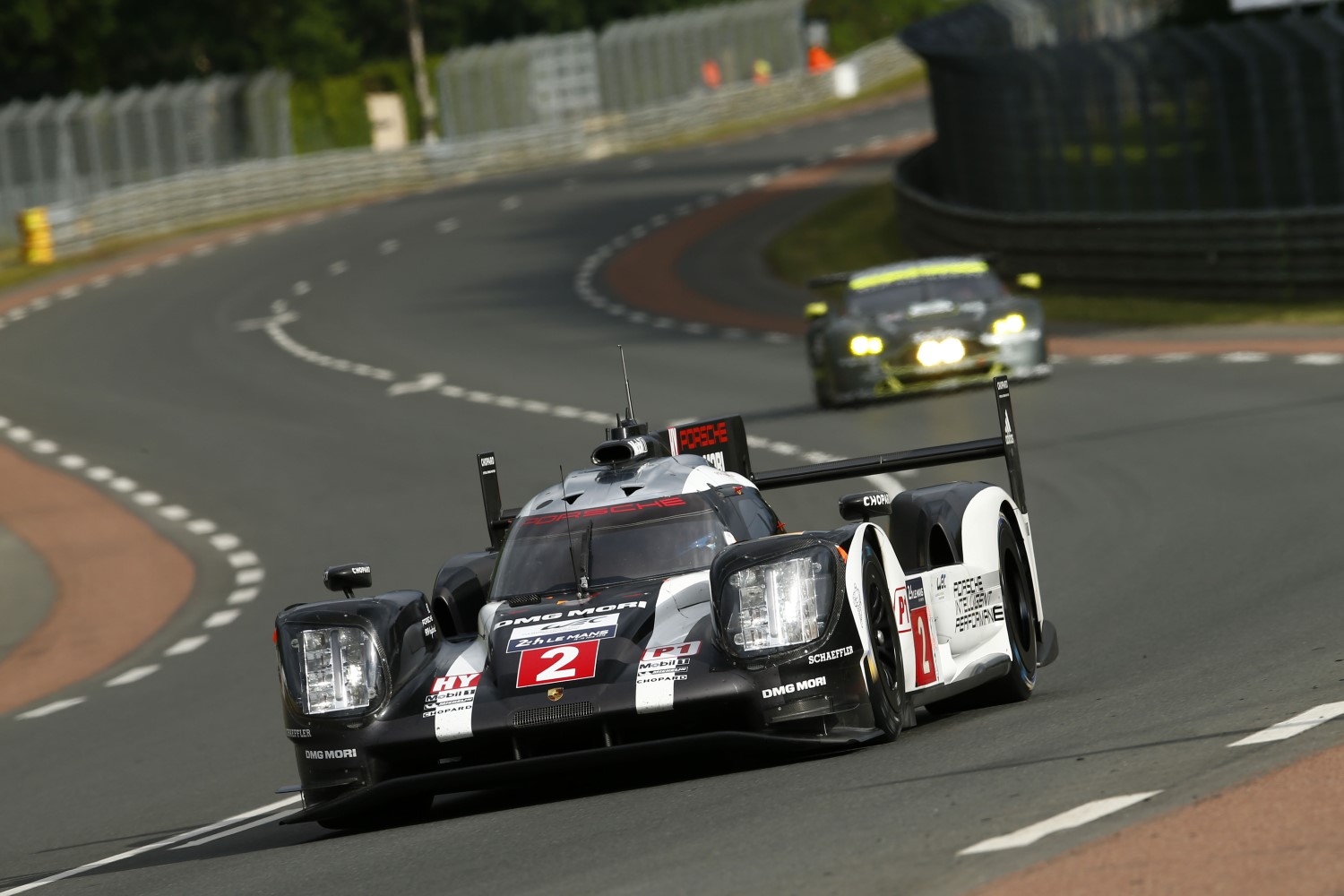 The thrilling fight for the win at Le Mans between Toyota and Porsche has gone on for hours, with the final stages of the 24-Hours race approaching. Until shortly before 11:00 hrs the number 2 Porsche 919 Hybrid with Marc Lieb (DE) at the wheel was leading, just now Toyota has gone back into P1 again.

The #5 Toyota is again in front of the #2 Porsche but all is still to play for. The number of pit stops could prove decisive, with the Japanese car having the upper hand in this respect.

At 10:14, Sebastien Buemi in the #5 Toyota returned to the pits for a routine stop with Anthony Davidson taking over the wheel. The #2 Porsche stopped at the same time but with Marc Lieb remaining in the cockpit, the German took control of the race. “I’m trying to do the best I can, but it was tough at the end of my stint with my tires. We have two types of tire and we’ll probably be putting on harder ones. We need to be going flat out and my teammates now need to attack," Buemi explained to Radio 24 Heures. And Davidson did just that as he regained the leadership at 10:54, overtaking Lieb at the end of the Mulsanne Straight.

The #8 Audi R18 running P4 was reported to losing speed at 10:39. Pushed into the garage, the car shared by Lucas Di Grassi, Loic Duval and Oliver Jarvis was suffering from a front axle issue. The #7 Audi is running P5, eleven laps behind the leaders.

In LM P2, Signatech Alpine’s #36 Alpine A460, driven by Gustavo Menezes, Nicolas Lapierre and Stephane Richelmi, is firmly in command but not home and dry. It has a one-lap lead over G-Drive Racing’s #26 Oreca-Nissan with Rusinov/Stevens/Rast. Russian team SMP Racing is enjoying a smooth race which sees the #37 BR01-Nissan complete the top three.

The battle at the head of the race is mirrored in the LM GTE Pro class where Ferrari and Ford have renewed their rivalry, 50 years on from the GT40’s maiden win. The Italian marque holds the advantage as Risi Competizione’s #82 488 leads the #68 Ford GT but there is very little between them and right at the 20-Hour mark given pitstops, the Ford was actually ahead.

Scuderia Corsa’s #62 Ferrari shared by William Sweedler, Townsend Bell and Jeffrey Segal continues to lead the LM GTE Am field from the #88 Porsche and the AF Corse’s #83 Ferrari.