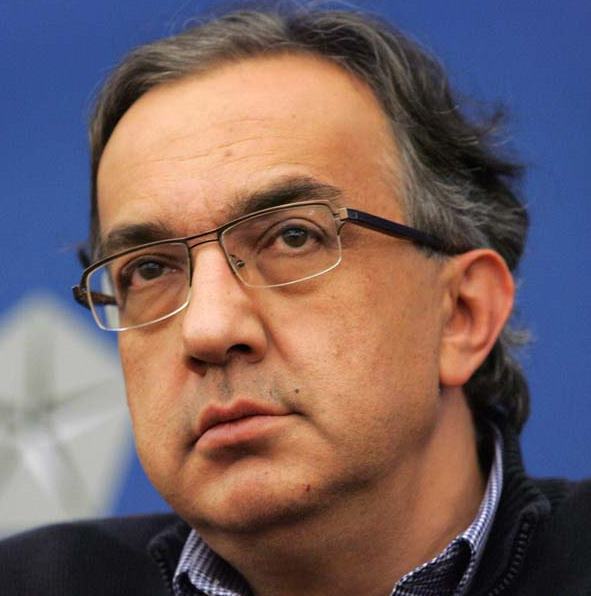 Marchionne warns 2016 title slipping away
(GMM) Sergio Marchionne has warned that time is running out for Ferrari to win the 2016 world championship.

Despite urging for early wins this year as well as the title, Ferrari's new president has seen the opening seven grands prix go past without victory for the Maranello team.

A turbo upgrade in Canada looked to have put Ferrari's campaign back on track, but Sebastian Vettel and Kimi Raikkonen have been over a second off the pace all weekend in Baku.

"The gap is just too big here," the German driver said. "We need to look into it."

Vettel said it is not right to say Baku is just a one-off because of the superiority of Mercedes' engine on the incredibly long, 2 kilometer straight.

"We are not losing most of the time on the straights," he admitted.

"Vettel is a pilot with extraordinary abilities," he said, "but he has to be given the right car to win.

"The problem is the machine," Marchionne added at an event in Venice.

"I repeat: it is necessary to give the machine so that Vettel can win — he is ready. The problem is that when he gets a winning car, the whole season is ruined."

Former Renault boss Flavio Briatore, who was in the Baku paddock on Saturday, said of Ferrari: "They have made impressive progress and Vettel drives very well.

"But Sergio Marchionne knows he needs to improve the technical staff. It does not help that Maranello is in Italy," he told La Gazzetta dello Sport.

The reigning world champion dominated the entire weekend on F1's spectacular new street circuit until Saturday afternoon, which was strewn with errors until he smacked into a wall that leaves him tenth on the grid.

"Just an off day," Hamilton said.

After a sluggish start to 2016, the Briton had shown he was back on track with wins in Monaco and Canada but team chairman Niki Lauda indicated that is no excuse for Baku.

"It is important that you drive with less risk and take the pole," he is quoted by the German broadcaster RTL. "Just as Nico (Rosberg) did."

Lauda, a triple world champion, denied that a technical problem was to blame for Hamilton's scrappy driving.

"I looked him in the eye and he told me he is aware of his guilt. We all make mistakes," Lauda said.

He added: "What I don't understand is that he made two mistakes and still had this crash."

Now, Lauda said it is once again now important that Hamilton turns down the risk and survives the hectic first lap of Sunday's race.

"We saw what can happen in GP2," he said, referring to a calamitous support race on Saturday that saw only 10 cars finish.

Lauda said he is expecting the European grand prix to be particularly long.

"With no safety car the race lasts 1 hour 51," he revealed. "There are only three cranes, exactly where they are not needed.

"So I believe that after two hours, the race will be over."

Hamilton apologizes for Q3 incident
Lewis Hamilton has apologized to Mercedes for his crash during European Grand Prix qualifying, which leaves him 10th on the grid.

Hamilton, who also ran off track in Q1 and Q2, was pushing to make up for a mistake in Q3 when he clipped the inside wall at Turn 10.

"I just wasn't on it today," Hamilton admitted after qualifying.

"It's a fine line between being on it and not, but today was just one of those days. I don't have an answer for it, but I will try and make up for it tomorrow.

"[The incident] today was my fault, so apologies to the team."

Mercedes boss Toto Wolff admits Hamilton had an off-day but expects him to bounce back.

"I think he has lost an opportunity," Wolff explained to Sky Sports after the session.

"The car was good enough for pole or the front row, but it's tricky around here. We were looking to be more than a second ahead. We came out seven or eight tenths ahead, with Hamilton 10th.

"On a street circuit like here, when you're not in a rhythm, it's difficult. Today was not his day.

"Pole doesn't assure you will come out of Lap 1 in the lead, as the straight is so long. Hamilton can recover from P10, but he needs to come out of Turn 1, as we saw some dramatic shunts in GP2."

The former Renault boss, who has one of his ultra-expensive 'Billionaire' outlets in the old Soviet city, was spotted in the Baku paddock for a brief visit on Saturday.

"Without me, there would never have been this grand prix," the 66-year-old Italian told La Gazzetta dello Sport.

"Three years ago in Sardinia I met the president of Azerbaijan and said to him 'Why don't you have a formula one race?' He said it was a good idea and invited me to Baku.

"We got into a helicopter and he showed me from the air what a possible circuit could be. I said 'It looks fantastic' and connected him with Bernie Ecclestone," said Briatore.

The flamboyant Italian, who turned Michael Schumacher and Fernando Alonso into F1 winners and champions, continued: "Bernie didn't even know where Azerbaijan was.

"But within 6 months we had a signed agreement."

Briatore was also asked about the chase for the 2016 world championship and said: "I guess Mercedes will win it one more time.

"If they would not make life difficult for themselves, they would almost have it in the bag already, but personally I can live with the collisions of Rosberg and Hamilton as it makes formula one exciting," he added.

As for whether he has thought about mounting a comeback as a team boss, and possibly even a team owner, Briatore answered simply: "No.

"The costs are too high and there are too few new sponsors. Formula one has to be a real event, not a rolling laboratory for the automotive industry — for that, Le Mans is better.

"We should give equivalent cars to the best drivers in the world and the races would once again please everyone," he added.

Drivers who qualified inside the top 10 will start the 51-lap encounter on the Super Soft, with Pirelli expecting them to pit for Soft tires – one of the mandatory race sets – around Lap 22.

If starting on the Soft tire, Pirelli expects stops for Super Softs around Lap 29.

"[But] there are some good opportunities to have on this rapid circuit, which combines the unpredictability of a street circuit with the possibility to overtake and move up the field."

Hembery warned, however, that the incidents throughout qualifying "suggest that there could be a high probability of a Safety Car, as we saw in the GP2 [Feature Race]."

During GP2's Feature Race at the all-new street track on Saturday, only 10 of the 22 starters finished the race, with the Safety Car appearing on four separate occasions.

Mercedes has dominated the timesheets at the Baku City Circuit, finishing over a second clear of the pack in final practice on Saturday.

Although qualifying proved more challenging, with Lewis Hamilton crashing out and Nico Rosberg hitting yellow flags, it still came out on top.

Rosberg will start on pole, with Daniel Ricciardo and Vettel 1.2s adrift in second and third, after Sergio Perez's five-place gearbox penalty.

"I'm not surprised at all [at Red Bull beating Ferrari], if anything it was a surprise to see them and us struggling so much, yesterday and today," he said.

"Don't forget we qualified behind a Force India. Sergio has found a good rhythm, but surely we should be ahead. We can't be entirely happy."

Vettel hopes to stay clear of trouble from the clean side of the grid.

"Usually the further up you are the better it is, but it's a long race and anything can happen, so we just need to keep our eyes open," Vettel explained.

"I don't have a choice, but if I could choose I would pick third on the grid over fourth. How bad or good it is, I don't know, but surely it's not a disadvantage."

Kimi Raikkonen will start fourth in the sister Ferrari.