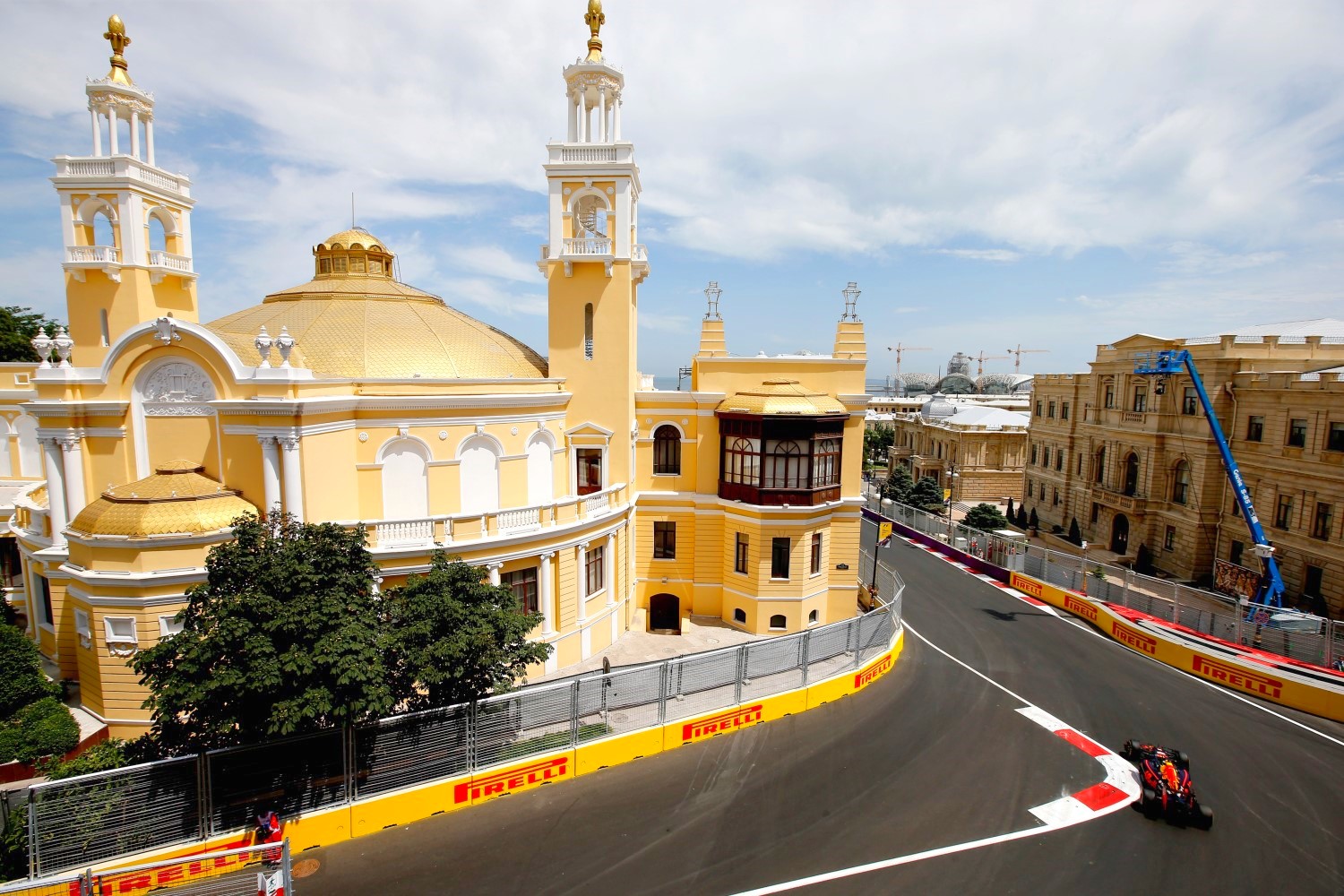 UPDATE After problems with curb retaining bolts coming loose and causing cut left rear tires in FP, the exit curbs at Turns 6 and 12 will be removed, and replaced with painted versions.

During FP2 teams were told by the FIA to ask their drivers to avoid the curb at Turn 6, which was believed to be responsible for the tire issues seen in the first session.

The apex curb is also being removed from Turn 13, although it is not actually used as the racing line.

As expected, the pit entry was a subject of much debate at the Friday drivers' briefing, and not just because of the potential of a major accident occurring at the tight chicane if someone gets it wrong.

Drivers confirmed that, because of undulations on the main straight, they found it hard to see the pit entry white line.

As such, the line is to be extended further back and moved to the left, while its beginning will also be marked with a new pit entry sign.

It is understood that, for safety reasons, drivers will not be allowed to cross the white line, in either direction, so they can't make a late change of mind about whether to pit or not.

In addition, they can't cross the white line while racing, so, in effect, the far left of that section of the straight will be reserved solely for cars entering the pits.

The FIA is also removing the apex curb at the tight left-hander that forms the pit exit, and replacing it with paint. Motorsport.com

Shortly after GP2 cars emerged for the grid-deciding session, Race Control issued a red flag, with Whiting and track officials carrying out a full track inspection, focusing on the curbs.

F1 teams had reported multiple cuts to tires after the first 90-minute session and, following the checks, Whiting confirmed loose bolts were the cause – the curbs have since been welded.

"Some small bolts had come loose at the end of the curbs on Turns 6 and 12, so we've taken the bolts out and welded the curbs to each other [ahead of second practice]," Whiting told Sky Sports.

"Everything's new, they've done the best they could and we just needed to do a bit of fixing."

Shortly after second practice began, as scheduled, Ferrari driver Sebastian Vettel was seen flicking up a loose section of curb at the exit of Turn 6, raising fresh fears over their installation.

06/17/16 (GMM) Baku's inaugural grand prix is under a cloud due to a worrying problem with curbs at the brand new street circuit.

GP2 qualifying was postponed on Friday, with Germany's Auto Motor und Sport reporting that 90 per cent of the F1 cars in opening practice suffered damage to their tires.

With the subsequent GP2 session red-flagged, Charlie Whiting and his delegation inspected the curbs and found them loose and with sharp edges.

At the unprecedentedly-fast, wall-lined street track with small run-off zones, the risk of failing tires is a major problem.

"I got my puncture on the lap Ricciardo crashed," said Sauber's Felipe Nasr.

"When I wanted to get back on track they told me the left rear tire was damaged and we had no more," added the Brazilian.