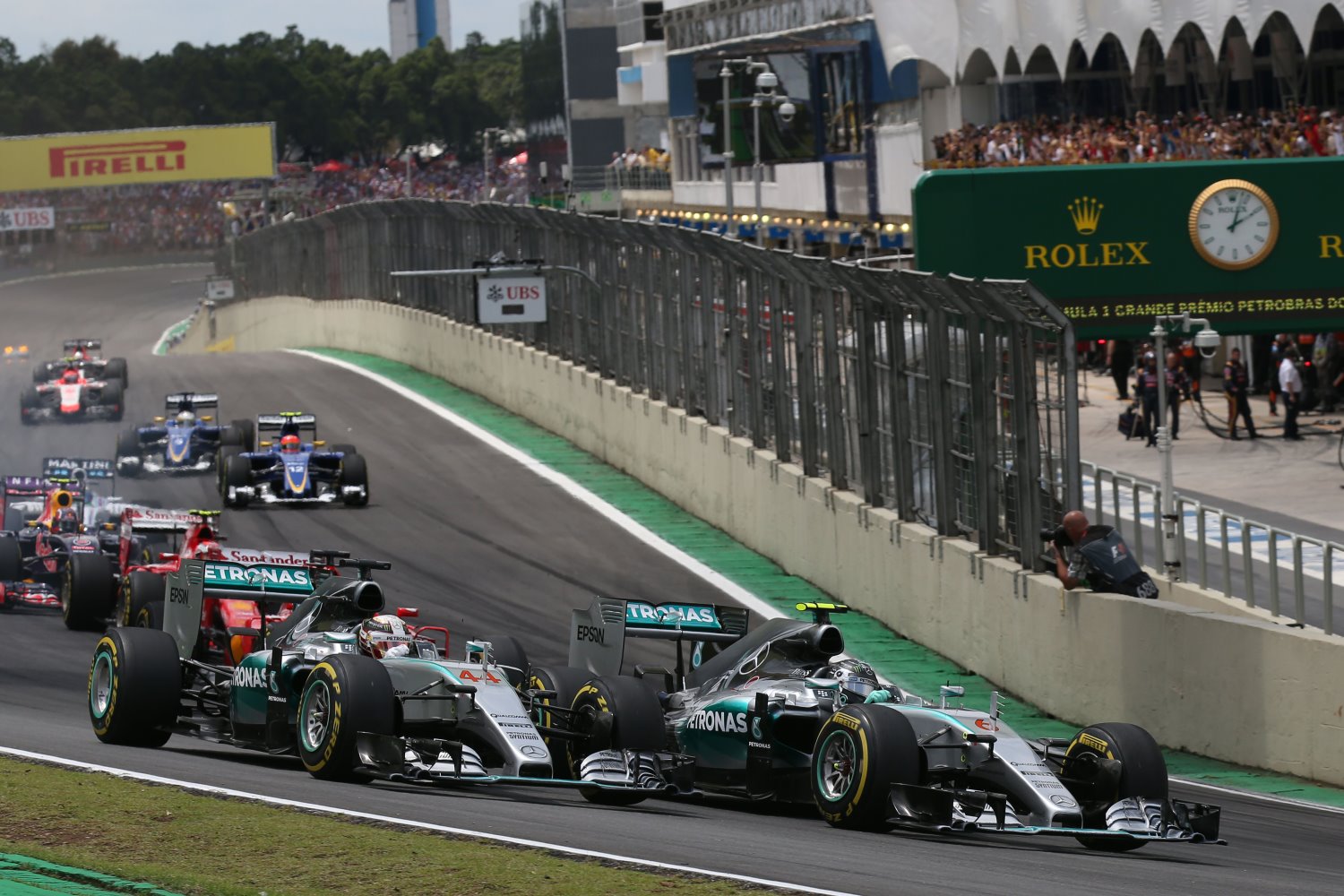 UPDATE (GMM) Felipe Massa has warned that Bernie Ecclestone may be serious in his threat to axe the Brazilian grand prix.

Given that Interlagos has a contract until 2020, some Brazilian reporters had played down the F1 supremo's warning that November's race could be the last.

"We know how Bernie works with his negotiations," Williams driver Massa told Brazil's UOL in Baku.

"He likes to put pressure on, as we have seen with Monza and what has happened with some other places. When something is not going the way he wants, he says what he says.

"On the other hand, we know what the situation is," Brazilian Massa added. "What is happening in Brazil at the moment is very difficult.

"So it's not impossible that F1 in Brazil will be over. It is quite possible.

"We live in a situation where everything is reaching the limits in many ways," he said.

UOL said the Interlagos promoters had issued a statement saying that renovation plans were on track and there is no legal reason the contract should be broken.

Ecclestone, meanwhile, was up to his old tricks with reporters on Thursday, saying the 2017 calendar could be anywhere from 18 to 22 races long.

"They (Monza) are still looking," he said. "Brazil has got a few problems — they haven't got a proper president at the moment so they can't worry about small technical things like getting paid."

(GMM) Brazilian journalists have played down Bernie Ecclestone's warning that the Interlagos race in November could be the last.

F1 supremo Ecclestone triggered alarm this week when he said: "It could be that the grand prix in Brazil this year is the last."

And Martins' colleague Gabriel Curty added: "F1 always complains about breaches of contract, so it does not seem logical that now he (Ecclestone) wants to break such a long agreement.

06/14/16 Brazilian Grand Prix organizers are confident that the future of their race is totally secure, despite Bernie Ecclestone's warning its place on the 2017 calendar was in doubt reports Motorsport.com.

Ecclestone suggested over the Canadian GP weekend that this year's Brazilian GP could be the last one because of issues regarding finances and a revamping of the facilities.

His comments came against the backdrop of renewed talks with Brazilian television network Globo about its coverage of the sport.

But Brazilian GP chiefs have moved quickly to play down Ecclestone's remarks and they are adamant that their contract until 2020 will be fulfilled.

“The truth is there is no legal condition for breaking the contract with the event promoter company, Interpub, which runs until 2020," said a statement issued to Motorsport.com from the Brazilian GP promoters company.

“The City of Sao Paulo is working on a track improvement project at Interlagos. This year the project is in the third phase.

“For the race this year, the paddock area will be expanded, improving the work conditions for all the teams."

The statement also suggested that the commercial attraction of the race was important, too, with it having concluded a deal with new F1 global partner Heineken.

“Interpub just make an exclusive agreement with Heineken for the beer supply in Interlagos," added the statement. “Brazil is one of the key growth markets for the brand." Motorsport.com