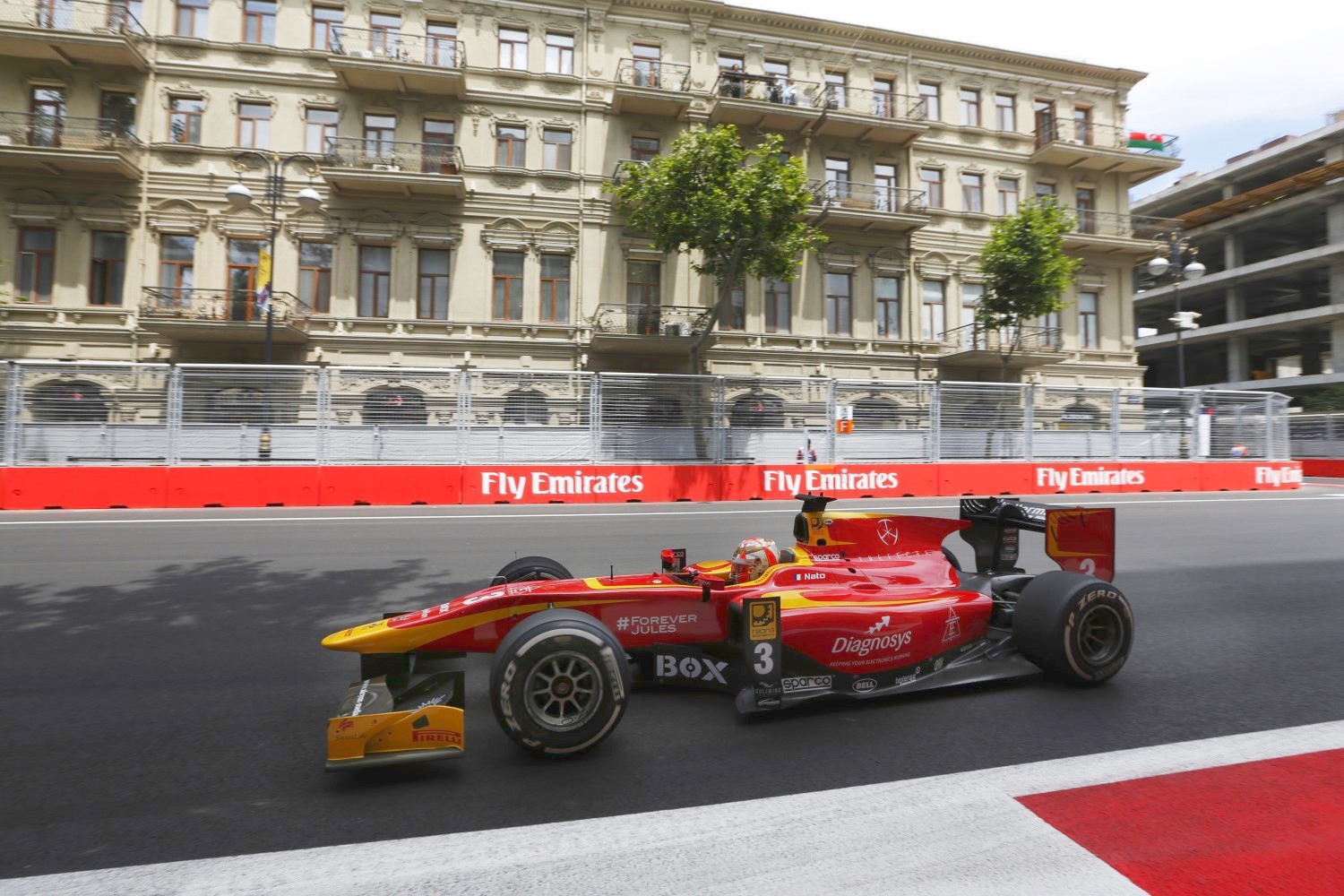 GP2 Series leader Norman Nato had the perfect start to his race weekend today as he topped the timesheet in the free practice session at the Baku city circuit in a 1:55.394 ahead of rookie Antonio Giovinazzi and Sergey Sirotkin.

The session opened under sunny but windy conditions as the drivers fed onto the dirty Azerbaijani track on Medium Pirelli tyros. Nato set the early pace in a 1:58.148 as the drivers got to grips with the twisty and technical new track. The RUSSIAN TIME pair were the first drivers to challenge the Racing Engineering man: Artem Markelov went top first, but Raffaele Marciello bettered his teammate’s time in a 1:57.464 to sit pretty at the top of the standings. The session was interrupted by a first Virtual Safety Car as an ambulance was moved out of the run off area at Turn 15.

When the action picked up again, PREMA’s Giovinazzi found some extra pace to dip under 1m57s to claim the top spot – +0.5s ahead of Nato who had then moved up to P2. The Italian ace went even faster shortly after that and lapped the track in a 1:55.719 as Sirotkin and Pierre Gasly also improved to move to P2 and P3 respectively.

In the final stages, Nato went quickest and edged Giovinazzi out of P1. Sirotkin found a clear lap to improve and moved up to third. The run off area at Turn 15 proved to be useful as Marciello, Philo Paz Armand, Gustav Malja and Nobuharu Matsushita all tested it out with the latter stopping and retiring with five minutes left on the clock. The VSC was redeployed until the checkered flag as the marshals retrieved the ART car.

At the end of the session, Nato remained top ahead of Giovinazzi, Sirotkin, Gasly, Rowland, Luca Ghiotto, Jordan King, Arthur Pic, Marciello and Sergio Canamasas. With the drivers now more familiar with this new layout, today’s qualifying session promises to be thrilling.