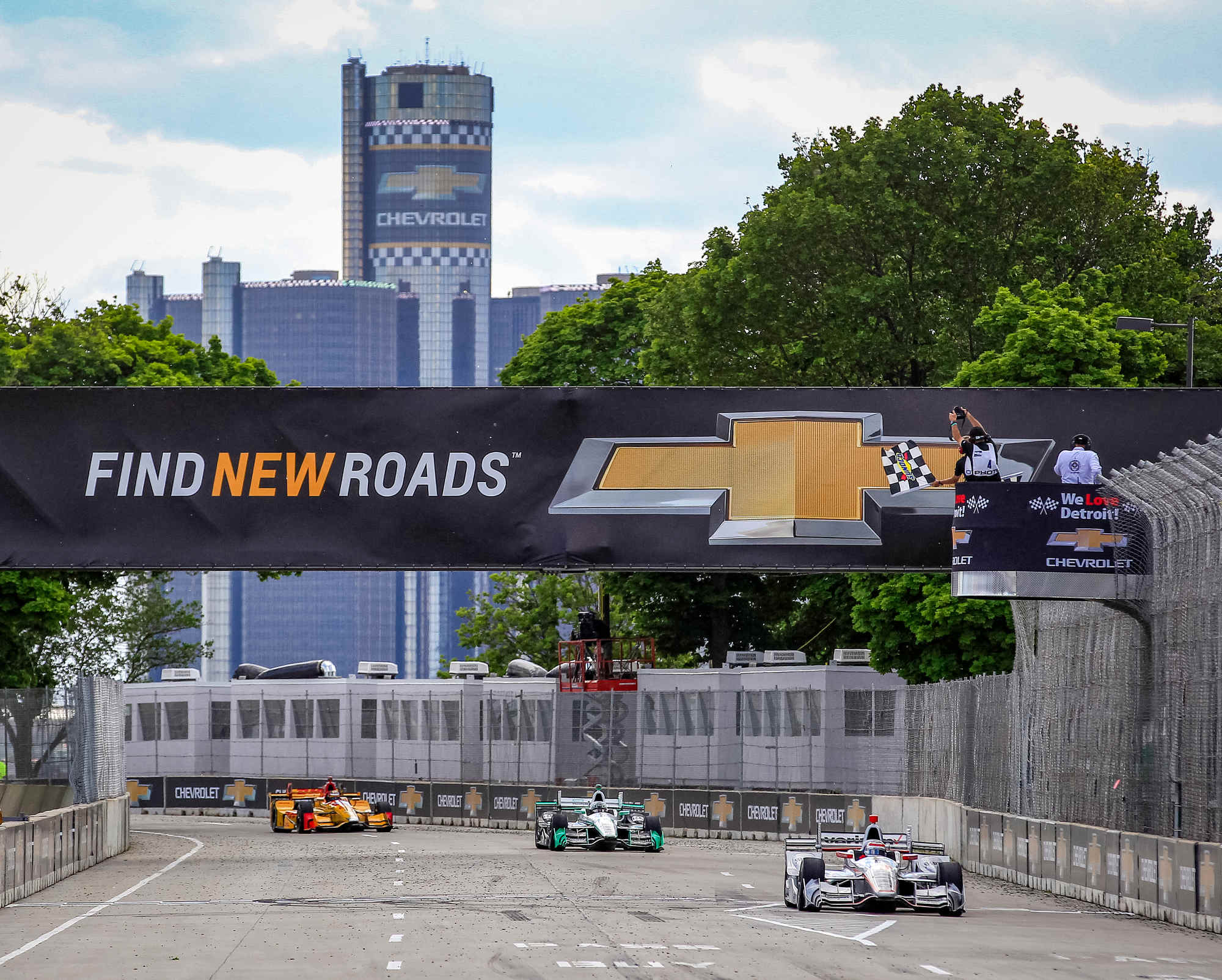 The key results are in and the numbers reveal a very successful weekend for the 2016 Chevrolet Detroit Belle Isle Grand Prix.

Highlighted by strong attendance, record television ratings (ABC, certainly not NBCSN) and unprecedented partner support, this year’s event weekend left a positive impact for the community and in the racing world overall.

Grand Prix organizers revealed shortly after the final race of the weekend that the event drew an estimated 95,000 people to Belle Isle Park over the course of its three days, June 3-5. This included over 25,000 fans on Comerica Bank Free Prix Day last Friday, approximately 40,000 fans for one of the most well-attended Saturdays in Grand Prix history and more than 30,000 fans on Sunday when rain and threatening weather in the surrounding area kept the expected attendance down. With the totals, it marked the fourth time in the last five years that the Chevrolet Detroit Belle Isle Grand Prix topped the 95,000 fan mark in total attendance.

The two Verizon IndyCar Series races held on the weekend – the Chevrolet Dual in Detroit presented by Quicken Loans – posted impressive numbers in both national and local ratings on ABC-TV. According to the final Nielsen ratings, both the Saturday and Sunday national broadcasts saw increased ratings and viewership over 2015 and the two races combined represented the highest viewership ever for a doubleheader race weekend in the Verizon IndyCar Series. Saturday’s Dual in Detroit drew a 0.7 rating, which represented a 17% increase from 2015 while Sunday’s race posted a 0.9 rating, up 13% from the previous year. Both races were seen by over one million viewers for an increase of over 20% each day and with an estimated 2.41 million viewers over the course of the weekend, it marked the highest viewed doubleheader in series history. Sunday’s Dual in Detroit race was also the most viewed IndyCar race this season outside of the Indy 500 and the most viewed Detroit race since the Grand Prix returned in 2007. As AR1.com has said numerous times, ABC will deliver over 1 million viewers each race, which sponsors like, but NBCSN delivers a small fraction of that and send sponsors heading for the exit.

Locally, WXYZ-TV in Detroit once again had solid ratings for their over 12 hours of coverage during race weekend. Saturday’s race broadcast on WXYZ drew a 2.1 rating while Sunday’s race posted a 3.3 rating, which ranked second nationally both days in major U.S. markets behind only Indianapolis.

With a record 75 partners featured at the Grand Prix in 2016, the event also benefited from remarkable corporate support and sponsorship.

“We are very happy with the results that we’ve seen so far for the 2016 Chevrolet Detroit Belle Isle Grand Prix," said Bud Denker, Chairman of the Grand Prix. “Our ticket sales were strong and we believe we would have topped the 100,000 mark in attendance if it weren’t raining everywhere else in the Detroit area on Sunday, except on Belle Isle! We were excited to see the impressive TV numbers for both of the Chevy Dual in Detroit presented by Quicken Loans races and thrilled that over a million fans each day saw those remarkable aerial shots of Belle Isle and the Detroit and Windsor waterfronts with full grandstands and great racing. These are truly great numbers for our event but probably the most impressive thing we saw were the smiles on the fans’ faces all weekend long on Belle Isle. Everyone was having a great time enjoying the island and those are the best results we could hope for."

On its social media platforms, the Grand Prix also continued to raise the bar during race weekend. Total social media impressions rose from 139.5 million in 2015 to over 156 million this year, representing an increase of over 11.5%. On Twitter, the Grand Prix generated over 97 million potential impressions (up from 92 million in 2015) while trending for at least nine hours in Detroit on Friday, Saturday and Sunday and also trending for multiple hours in other markets on Sunday, including Denver and Indianapolis. On Facebook, the Grand Prix produced over 1.2 million impressions over the course of three days.

From online to on the track, the action was fast, furious and exciting at the Grand Prix. Chevrolet swept both ends of the Dual in Detroit in their “hometown" race as Sebastien Bourdais won on Saturday for KVSH Racing and Will Power was victorious on Sunday for Team Penske in the Verizon IndyCar Series. In the IMSA WeatherTech SportsCar Championship race on Saturday – the Chevrolet Sports Car Classic presented by the Metro Detroit Chevy Dealers – Chevrolet won again with brothers Ricky and Jordan Taylor taking home the victory for their father’s team in the Wayne Taylor Racing Corvette DP car. In Trans Am Series competition, RJ Lopez, Kyle Marcelli and Dean Martin of Westland, Mich., were the class winners in Saturday’s 3-Dimensional Services Motor City 100 race while John Baucom, Adam Andretti and Ernie Francis Jr. were Sunday’s race class winners. Matt Brabham claimed victory in both of the SPEED Energy Stadium SUPER Trucks presented by TRAXXAS races from over the weekend.