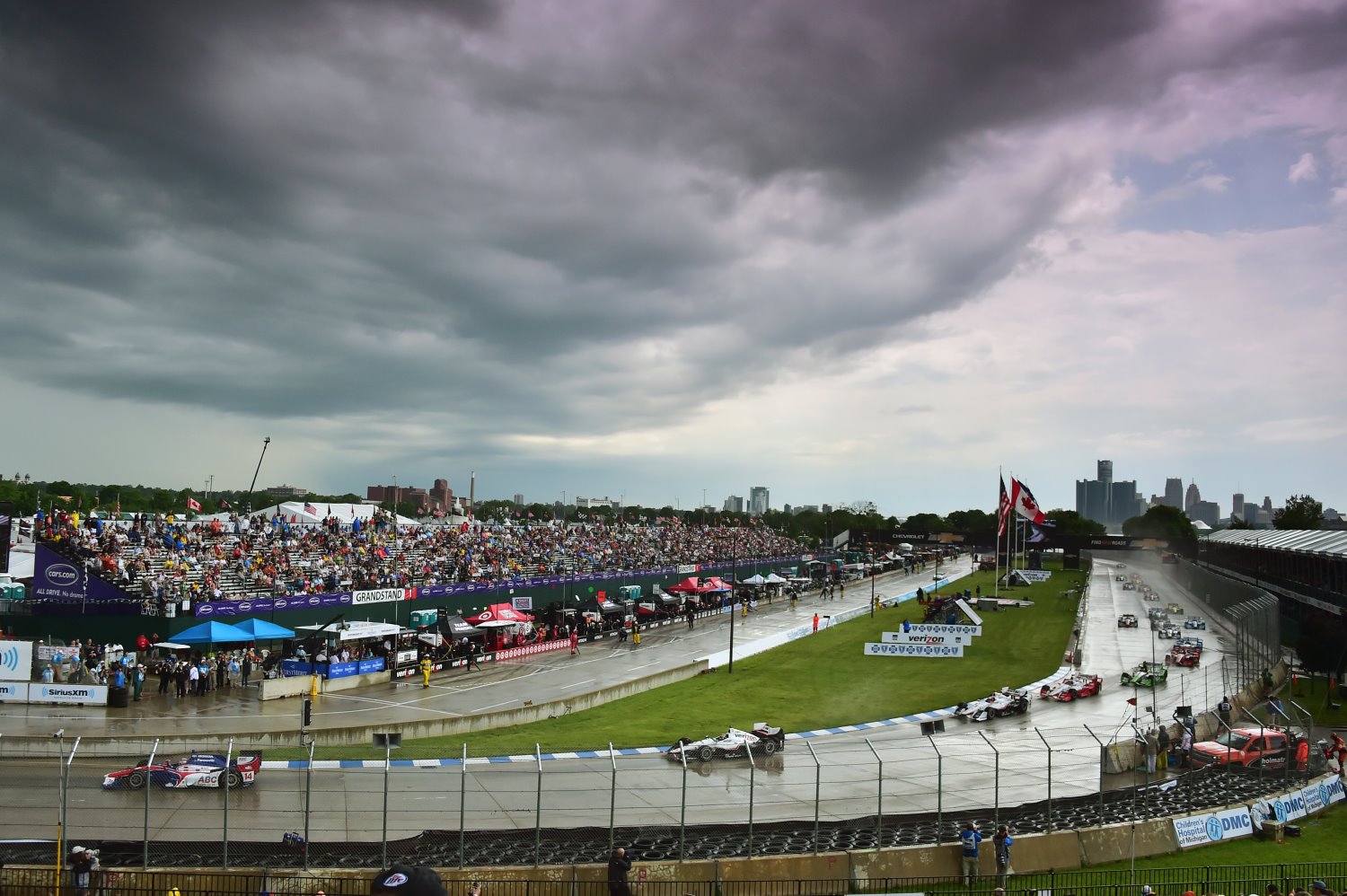 Good morning from Detroit! The weather looks perfect for today and tomorrow in the Motor City. Of course the rain looks like it will move in for Sunday. This is a double race weekend for the IndyCars. While this creates extra work for the teams, the fans get to see 2 championship points races in two days.

For those of you who have never been to this race, Belle Isle is a 982-acre island in the Detroit River and is owned by the City of Detroit. Connected to Detroit by the MacArthur Bridge, various entities call Belle Isle home, including the Dossin Great Lakes Museum, the Detroit Boat Club Crew, the Detroit Yacht Club and a Coast Guard post. The Detroit River is the boundary between the United States and Canada. So you can see Windsor, Canada from the Island. This event is well attended by Canadian fans supporting their favorite driver, James Hinchcliffe.

Today is Comerica Bank FREE Prix Day. Free open seating in all grandstands and free access to the Fifth Third Bank Paddock. Fans will see the SPEED Energy Stadium SUPER Truck Series practice and race today. The IMSA WeatherTech SportsCar Championship cars and Trans Am will also be on track today for practice and qualifying.

The Verizon IndyCars will take to the track for practice at 10:45 this morning. Qualifying will start at 3:30 pm.