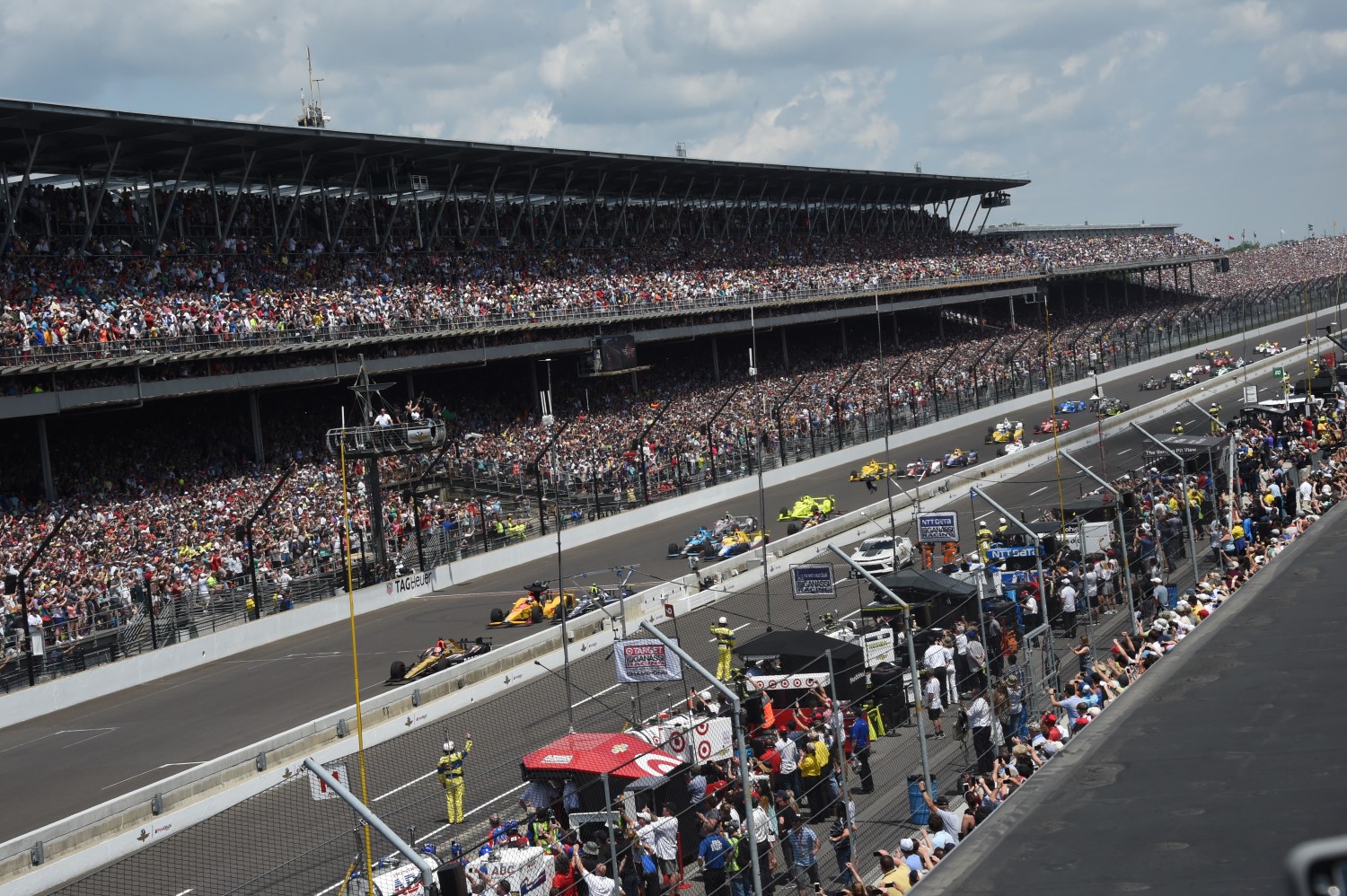 The 100th Running of the Indianapolis 500 presented by PennGrade Motor Oil played to a sellout crowd at the Indianapolis Motor Speedway and a rare live local television audience, and was won by a surprising rookie who coasted across the finish line out of gas.

Here's a sampling of what media across the country said about the race and the buildup to the historic 100th Running:

"For a series that like every other form of motor sports needs to attract younger fans, this felt as much as a glance forward as a longing look behind. Lady Gaga rode with Mario Andretti in a two-seater that preceded the field. A Skrillex concert, light show twinkling, continued in Turn 3 as the race began. A branded race hash tag led the world. With the first complete sellout in the history of the race and an attendance that likely surpassed the entirety of the Sprint Cup season so far combined, IndyCar mattered Sunday." – USA Today

"Even before Alexander Rossi sputtered across the finish line to win the Indianapolis 500, race organizers and IndyCar officials were looking to seize the momentum from the historic 100th running of the showcase event. They've put together a new ad campaign, kicked off a ticket renewal effort and have drivers urging everyone in the series to promote the sport." – Associated Press

"Watched by a sun-kissed sell-out crowd of close to 400,000, who helped pump an estimated $350 million into the local economy, and topped off by an American winner to highlight a Memorial Day holiday weekend, this year's Indy 500 was by at all levels an unmitigated high-octane success." – Reuters

"That hyper-competitiveness, paired with the Speedway's biggest crowd in years, and mixed with a red-carpet march to the green flag that featured Indy 500 legends, Pearl Harbor survivors and even Lady Gaga … it all felt like the perfect pile of ingredients to be crammed through an oil funnel to produce the perfect icing on Indy's greatest cake." – ESPN

"If anyone deserved one of the 350,000 seats for this one, it was Carl Fisher, the dreamer who 107 years ago built the race track no one thought would last. Crazy Carl would've loved Sunday afternoon at Indianapolis Motor Speedway. It was nothing short of the biggest auto racing party in history. – IndyStar

"A newcomer to professional racing, I sat in the grandstands at Indianapolis Motor Speedway on Sunday among a capacity crowd that topped 400,000 by some estimates. The competition has long attracted the largest crowd of any single-day sporting event in the world. (Only the multi-day Olympic Games host more.) But this year, for the first time in history, the world's highest-volume sports venue sold out its grandstands and infield. In other words, Speedway, Indiana, became, for one shining day, America's 47th largest city, the spectators representing a significant chunk of the U.S. population." – Forbes

"It lived up to the hype. The 100th running of the Indianapolis 500 was once again the greatest spectacle in racing with plenty of drama and the eventual race winner very much in doubt right until the final lap when rookie Alexander Rossi coasted across the yard of bricks at the start/finish line to become the first rookie since 2001 to capture the Borg-Warner Trophy." – SportsNet

"They've built it up to be more than just another major event like the Olympics or the Super Bowl. They've made it out to be a once-in-a-lifetime event, like the firstOlympics or Super Bowl III. The more they talked, the more it seemed like so much hooey. And then the good news started gathering: of overbooked hotels, of added stadium seating, of the first Speedway sellout in 20 years. For the first time since 1950, the race will be seen on local television." – Sports Illustrated