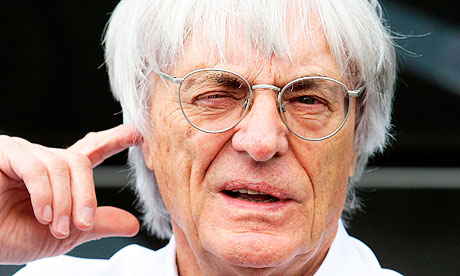 A major shareholder in one of the world's biggest talent management groups "is exploring the purchase of a stake" in F1, according to Mark Kleinman of SKY NEWS. Silver Lake, which owns WME-IMG, is in early-stage talks with CVC Capital Partners about a deal that would involve it acquiring a "substantial" interest in F1's parent company.

The discussions with Silver Lake "are not exclusive, and are being pursued in parallel with talks between CVC and a number of other, unidentified parties." Silver Lake, which is focused on investing in technology companies, "is best-known for its holdings in Alibaba, the Chinese Internet giant, and Dell, the personal computing group."

Insiders suggested that "a deal could involve Silver Lake either buying out some of F1's minority shareholders or acquiring pro rata interests from all of the sport's investors." CVC, which took control of F1 more than a decade ago, "has been exploring for some time a range of opportunities to structure a deal that could either increase or dilute its roughly 35% stake in the sport."

While CVC has no short-term plan to replace F1 CEO Bernie Ecclestone, "it is preparing to recruit a team of senior commercial, marketing and sponsorship executives to work alongside him." A deal in '12 placed an enterprise value on the sport of $9.1B, "which is higher than the valuation that more recent discussions have attributed to F1" Sky Sports