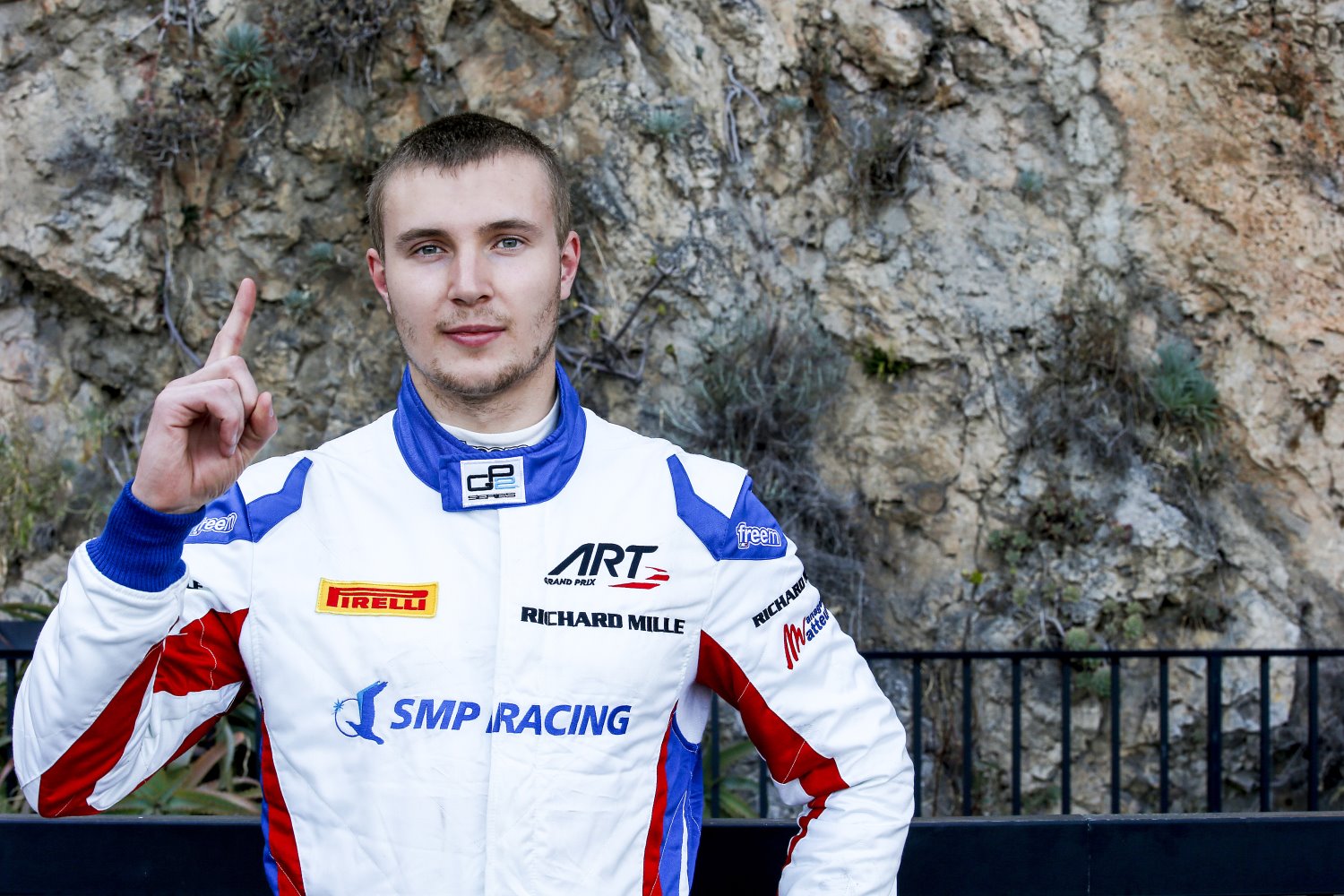 Sergey Sirotkin was not to be denied today: quickest in free practice, the Russian ace kept the pressure on his rivals during the qualifying session at Monte Carlo by setting a blazing laptime of 1:19.186 in Group B and claiming pole position. Although Norman Nato had been fastest in Group A earlier, his personal best was bettered by seven tenths by Sirotkin. The Frenchman will start from the front row in tomorrow’s feature race.

Qualifying began with the group made up of odd numbered cars. The drivers were eager to take full advantage of their supersoft Pirelli tires in the sixteen minute session. Series leader Pierre Gasly set the early pace, but first Mitch Evans and then Nato went quicker to go top. Lynn joined the battle for fastest laptime, but the Briton’s efforts were in vain after Evans dipped under 1m20s.

In the dying minutes, Nato put his head down and at the checkered flag claimed the top spot in a 1:19.894 – six hundredths better than Evans. Lynn finished third ahead of Raffaele Marciello, Luca Ghiotto, Nobuharu Matsushita, Marvin KirchhÃ¶fer, Gasly (who is under investigation for failing to stop at the weighbridge), Gustav Malja, Denying de Jong and Jimmy Eriksson.

Group B – Even numbered cars

The track conditions remained unchanged as Group B took to the track with Nato glued to the timesheet and hoping he had done enough to start tomorrow’s Feature Race from pole position. In the early stages, Sergio Canamasas went top, but unfortunately for the Carlin man he then clipped the barrier and had to return to the pits.

Sirotkin was the first man to dip under 1m20s and with a laptime of 1:19.656 ruined Nato’s hopes for glory. Jordan King looked on the same pace as the Russian driver, but he had to settle for P2, four hundredths off. The proceedings were halted after Artem Markelov missed the first chicane and went off at Ste Devote. The clock was paused with 3 minutes and 48 seconds to go as the marshals recovered the Russian’s car and repaired the barrier.

At the re-start, the drivers knew they only had one last attempt to try and improve on their personal best. Sirotkin seized that opportunity and just before the checkered flag dropped, went even quicker; leaving King five tenths adrift. Oliver Rowland finished P3 ahead of Antonio Giovinazzi who moved up to P4 on his final effort. Nicholas Latifi, Arthur Pic, Canamasas (who is also under investigation for failing to stop at the weighbridge), Sean Gelael, Markelov, Philo Paz Armand and Nabil Jeffri completed the group.