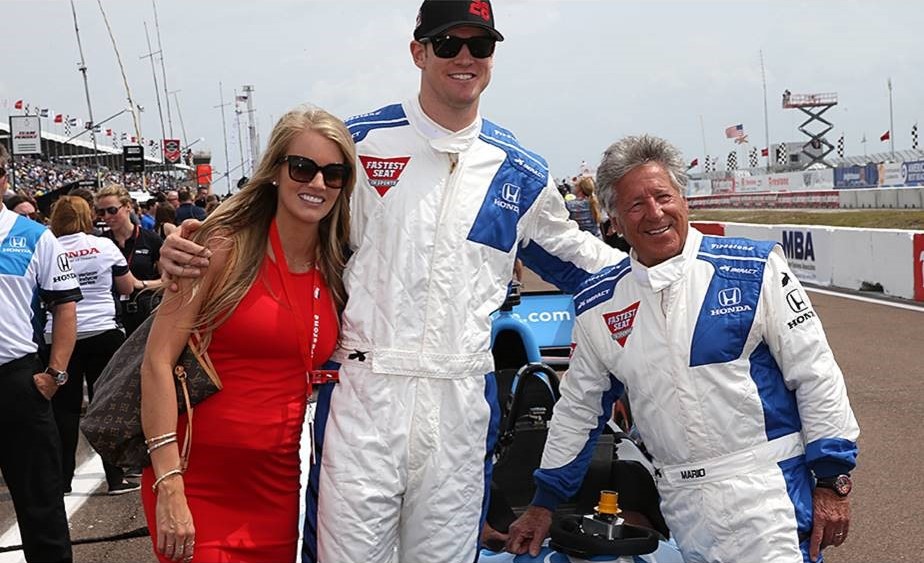 How would you like to scream across Indianapolis Motor Speedway’s famous yard of bricks at 200 mph in a two-seat, open-wheel car with legend Mario Andretti behind the wheel? On Monday, May 30 – the day after the 100th running of the Indy 500 race – 33 lucky fans that have paid $3,300 each will get that first-of-a-kind opportunity.

Two-seat rides at Indy are nothing new – they have been offered since 2001, when the Indy Racing Experience (IRE) was conceived. And while quick – around 170 mph – the rides have been run at just 75% of qualifying IndyCar pole speeds. Why that number? “Because the lawyers told us initially that it sounded good from a safety perspective," says Scott Jasek, one of three equal partners at IRE.

But the goal from the beginning, insists Jasek, was eventually to provide customers a true 200-mph experience. With the group’s 15-year safety record behind it, the speedway, insurance companies, sponsors and Andretti have all agreed now is the time.

Like many small businesses, IRE started over a few beers and a pipe dream. One night in Indianapolis Jasek, Jeff Sinden and Joe Kennedy were blowing off steam when Jasek naively asked his two friends, part owners of a race team, whether he could drive their Indy car. He was told that the machine was too delicate, that he could easily damage it if he over-revved the engine or didn’t shift correctly. So Jasek wondered aloud – what if we stretch the car, put in a second seat and allow a pro racer to handle the driving chores while a passenger just goes along for the ride?

After taking out a $1-million loan secured by the three owners’ houses, IRE bought liability insurance, built two custom two-seaters with Dallara and secured Firestone as a tire sponsor. Thus was born the company which, to date, has provided more than 50,000 thrill-rides for media, celebrities and fans in real Indy cars – and generated more than $25 million in total revenues.

You probably have seen Honda’s humorous “Fastest Seat In Sports" commercials with Andretti driving on a track with a frightened Wonder Years actor Fred Savage in the back seat. That’s IRE.

After operations began in 2001 with 500 customers at $1,000 per ride, research showed that that $500 was a better “tipping point" price, so when Jim Beam BEAM +% and Menard’s Home Improvement Stores came on as sponsors, IRE was able to reduce ride costs. The business took off. By 2005, 2,700 experiences generated $1.5 million in revenue and in 2010, 4,100 experiences generated $2.25 million. Last year, customer ranks had jumped to 5,500 and annual revenues to $3 million running at over a dozen U.S. tracks including Iowa, Pocono and Indianapolis.

The most famous track, of course, is Indianapolis, and it’s the one where IRE has chosen to inaugurate its 200 MPH Club.

From an engineering perspective, to hit that magic number the two-seater needs to average a lap in the 190-mph range, or get around the 2.5-mile oval in about 47 seconds, says Jasek. As such, IRE has switched out its standard V-8 engine for a turbocharged 6-cylinder Honda. The new engine allows Andretti to goose speeds enough on the straights to hit 200 mph while ensuring maximum safety in the corners by using a Dallara chassis with downforce similar to a short track. Andretti has tested the new setup at Pocono Raceway, another 2.5-mile oval, and easily hit 200 mph on the front straight.

“When Mario gets on it in the backstretch and through turns three and four at Indy, he’ll easily come across the yard of bricks at 200 mph, too," says Jasek.

For perspective, 200 mph – or about the length of a football field per second – is faster than any NASCAR has traveled around the Indy track. The pole position for last year’s stock car race there, the Brickyard 400, for example, was about 183 mph. Quips Jasek: “I guess we can jokingly say, ‘Well, maybe Dale Earnhardt, Jr., can come take a ride with us and see what it’s like to go 200 mph at Indianapolis.’"

Following their 200-mph experiences May 30, each of the 33 ride-along participants will receive a commemorative ring, video, photo collage and certificate signed by Andretti as well as have his/her name permanently placed on a wall at the Dallara Indy factory. “If I ever walked on the moon, I’d want a ring that said that," says Jasek. “Whenever I got on an airplane, I’d accidentally hit somebody in the head, then say, ‘Sorry, I just hit you with the ring I walked on the moon with.’ The same will apply to the 200-mph experience. People will want bragging rights."

(Editor’s Note: Reporter Jim Clash is one of 33 passengers scheduled to take the inaugural 200-mph ride May 30. Stay tuned to the Forbes channel for a recount of his “bragging rights" story and an exclusive interview with Mario Andretti.) Jim Clash/Forbes