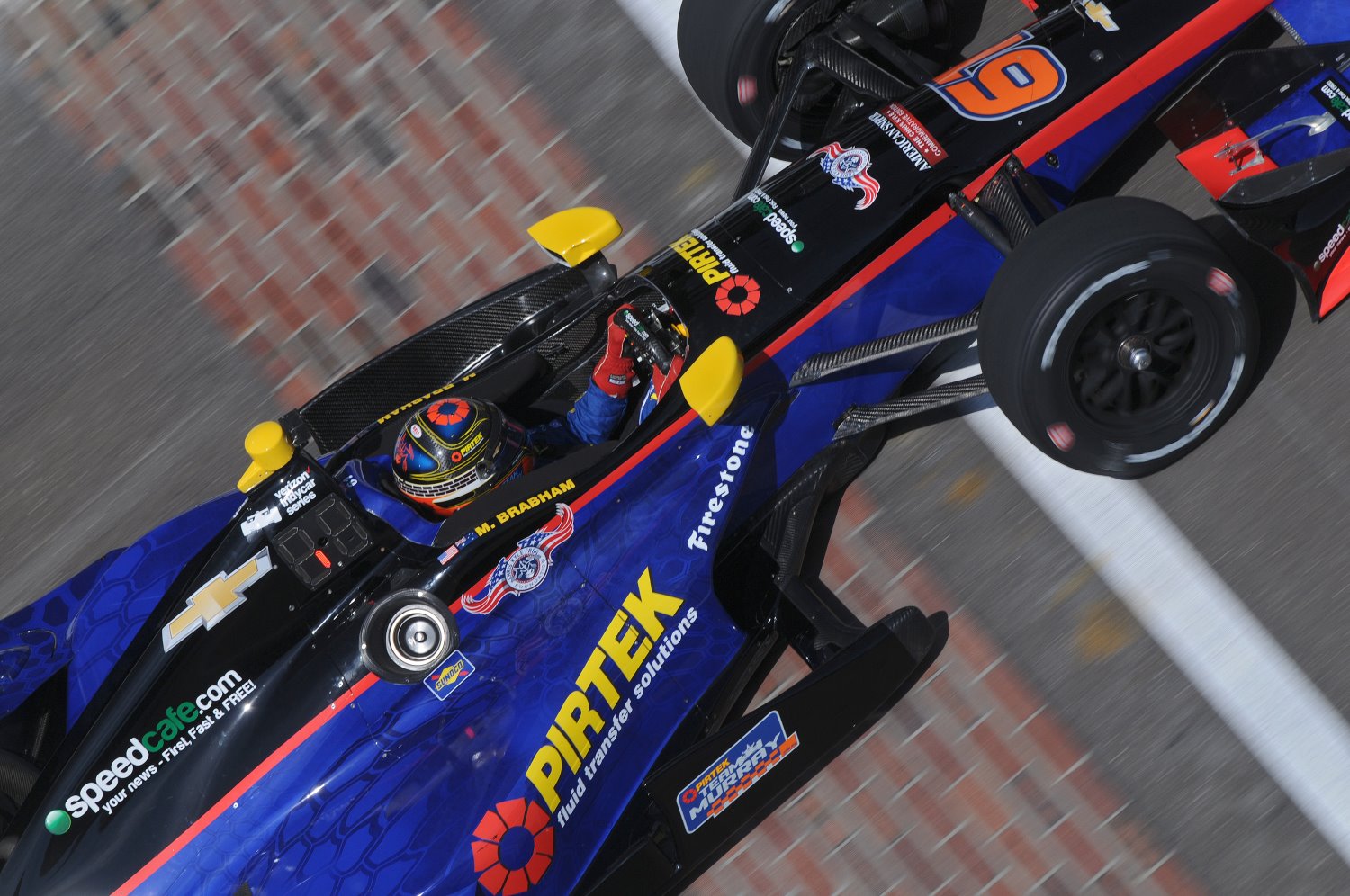 Matt Brabham was happy about his maiden Verizon IndyCar Series event, having driven his KV Racing/Pirtek Team Murray #61 machine to sixteenth at the Angie’s List Grand Prix of Indy.

The Australian felt the experience at the road course at the Indianapolis Motor Speedway was a good test ahead of the Indy 500.

Brabham admitted he was unsure with how the race would pan out, especially having never had a pit stop before, but was happy with how everything turned out during Saturday’s race.

"I think it was almost the perfect introduction for me to the Verizon IndyCar Series," said Brabham after the race. "I wasn’t sure how things like the pit strategies were going to play out, having never done a racing pitstop before, but the PIRTEK Team Murray guys were on fire with every single stop.

"The start was crazy, I nearly **** myself going into turn one – there was so much stuff that was flying around, the buffeting on my head was unbelievable. Due to the crash, we were able to get through clean and then settle into a rhythm for the race.

"The whole experience was definitely different, I had never done anything like the restarts, push to pass or pit strategies before, but it all went pretty smoothly!"