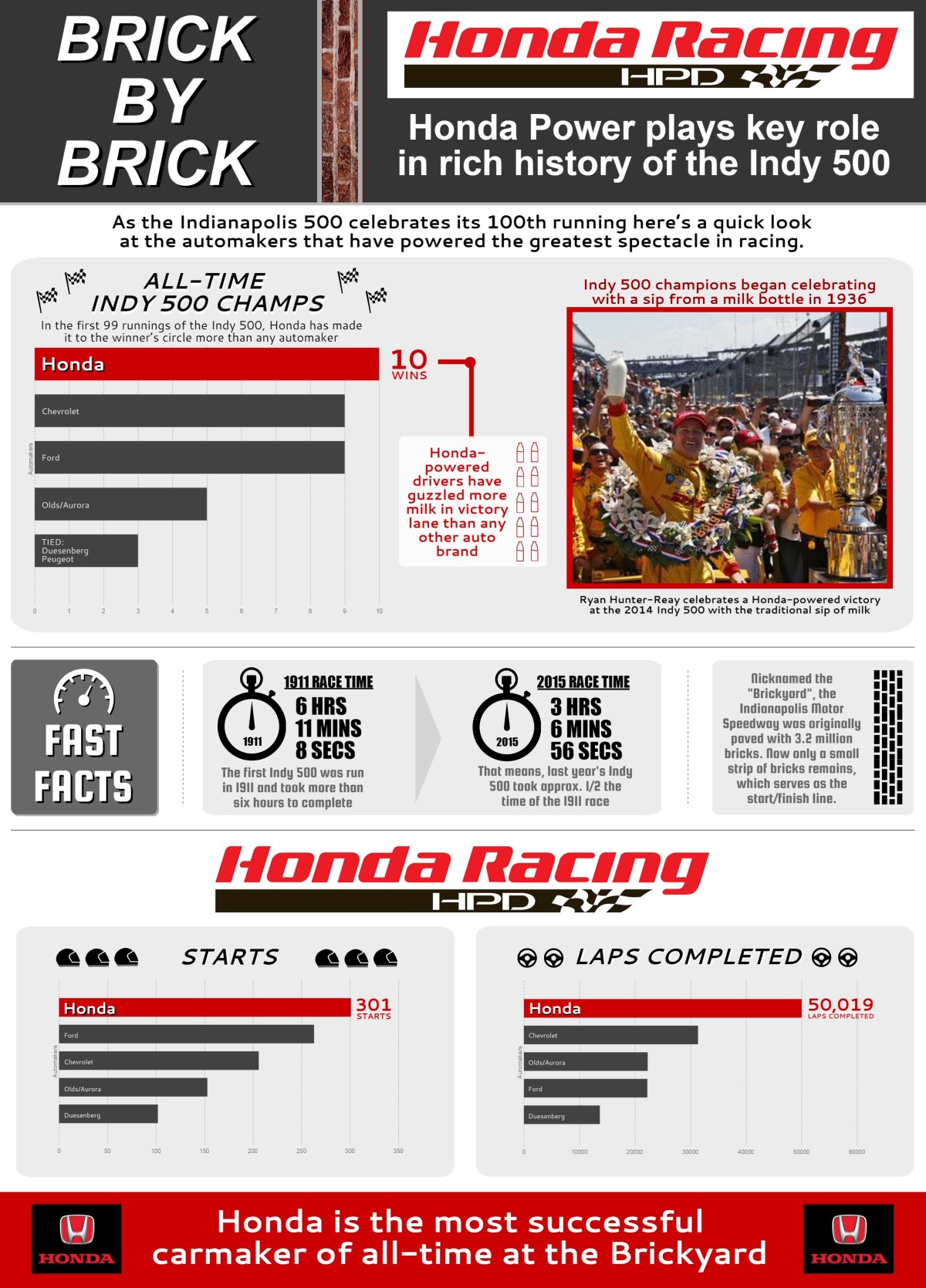 As Honda Racing heads into a historic month of May and the 100th running of the Indianapolis 500 on May 29, the automaker is commemorating its history and success in both the Indy 500 and in the Verizon IndyCar Series.

Honda is the most successful carmaker of all-time at the Indy 500, winning more races, having more starts and completing more laps than any other carmaker in the 99 previous editions of the event. Since 1994, Honda has taken part in 15 Indianapolis 500 races, powering 10 race winners at The Brickyard.

During 23 years of uninterrupted IndyCar competition, Honda has won 12 manufacturers' championships, with Honda-powered drivers winning 217 races and 15 series championships – unmatched by any other automaker since Honda entered the series in 1994.

"We're honored to be part of the Indianapolis 500 for the historic 100th running of the race, and proud of what Honda power has contributed to this great American open-wheel racing tradition," said Art St. Cyr, President of Honda Performance Development. "Honda's racing spirit runs deep, and the passion we bring to the track and commitment to innovation and continuous improvement touches all aspects of our company and its products."

For more information on Honda Racing and Honda and IndyCar, visit: http://hpd.honda.com/